The new AC Milan home kit for the 2016/17 season takes inspiration from the definition outlined by its founder and creator, Herbert Kilpin: “Our colors are red, because we’re going to be a team of devils, and black, like the fear our opponents will feel.” The design was developed from this initial vision highlighting a special dripping graphic where the bright red colour fades into black.

The adidas three stripes are grey to give greater uniformity to the kit design and they are placed on the side of the shirt, rather than on the shoulders, to show continuity with the shorts’ stripes.

The black V-neck collar features an Italian flag on the back. The crest displayed on the jersey returns, after a two year absence, to the contemporary AC Milan badge. The white adidas logo is on the left. The names and numbers of the players are written in Milan Type. The shorts are black with three grey stripes. The AC Milan logo is featured on the front, while the red adidas logo is on the back. 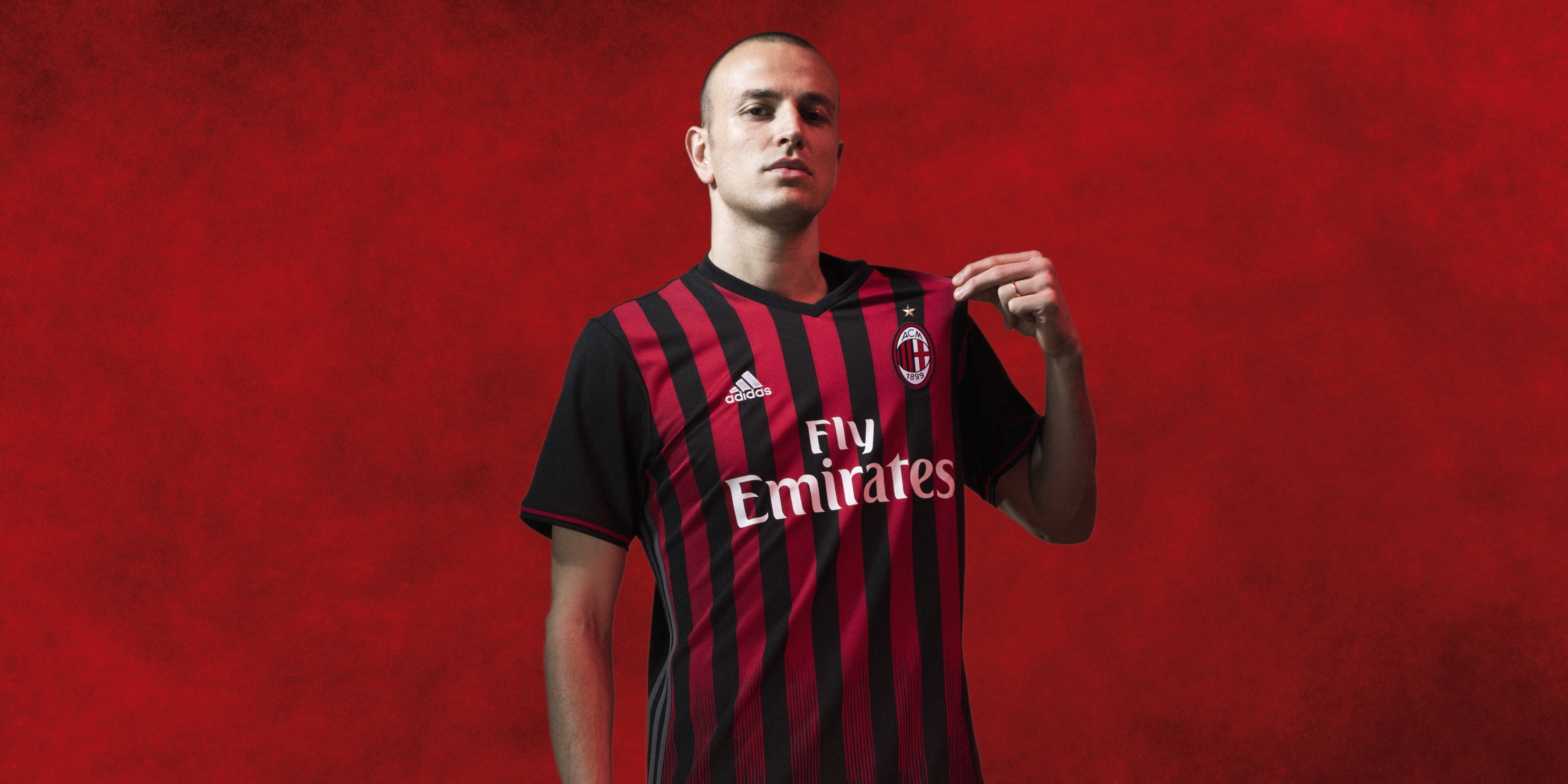