Super Marco Delvecchio returns to the Curva Sud (in high-res)

Here are some great high-resolution images of Super Marco Delvecchio before the Curva Sud, with quite a lot of of Photoshop work done.

Super Marco returned to the place he’d gifted so many times before, basking in the glory and the ecstasy of the Curva Sud, where in the past he celebrated many an epic goal with his famous celebration (see strip image below). The man who tormented fierce rivals Lazio more than any other* was honoured before the recent derby meeting with Lazio in April, 2013.

Delvecchio was never the most prolific of strikers, never the most dominating or consistent, but so often he popped up when you needed him most, so often he drifted in from the wing as if he’d never ventured forward before and deliver his side a goal, and so often he was a man who captured the hearts and minds of so many faithful giallorosso. 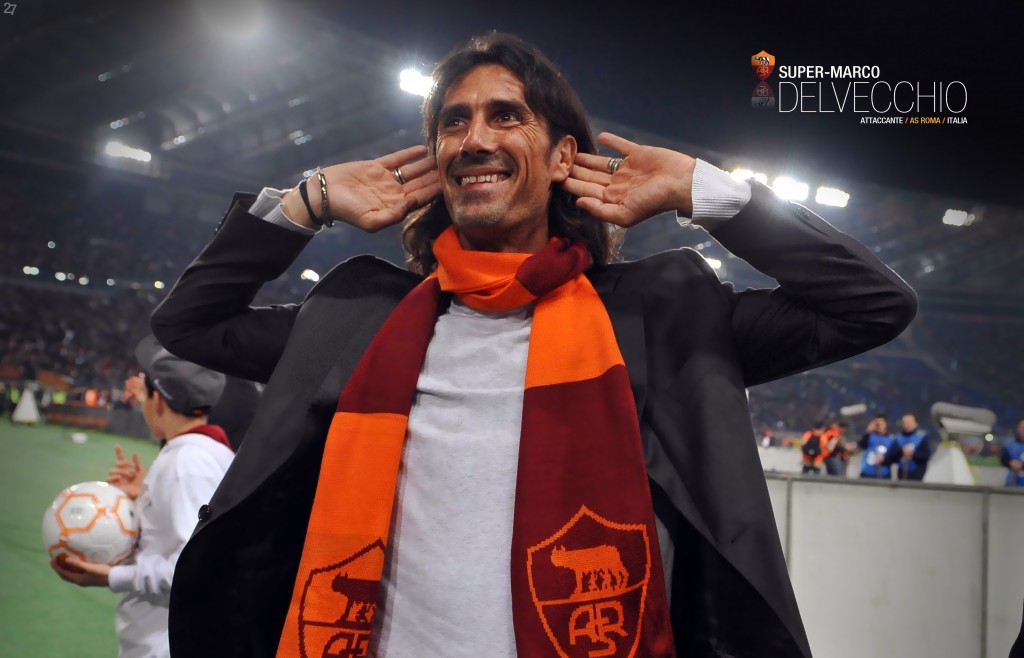 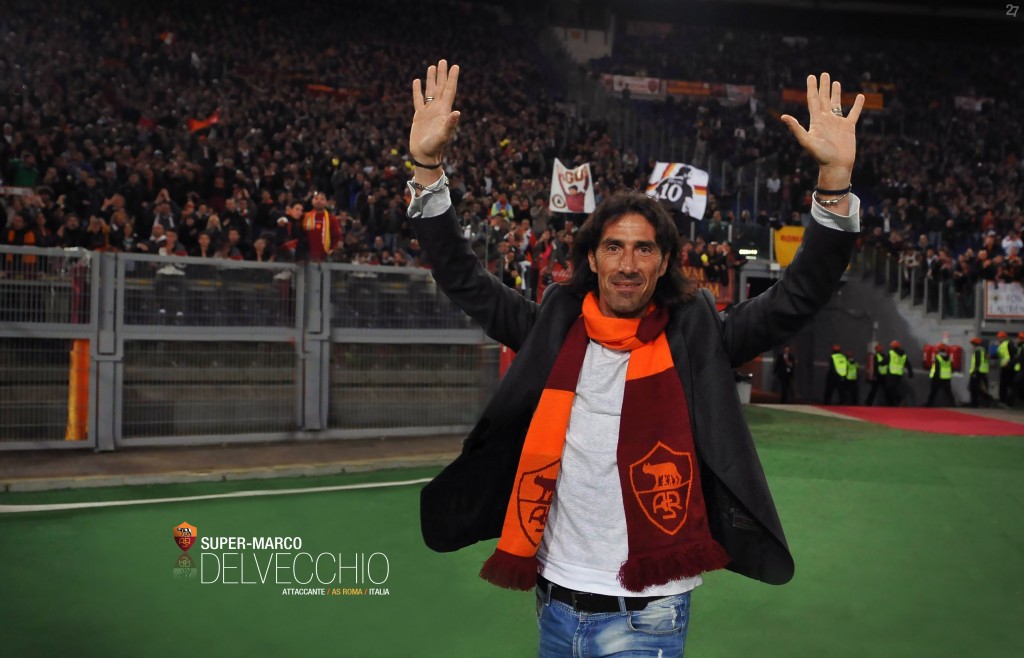 * More than any other, yes, but also alongside Dino da Costa and a certain Franceso Totti, as top scorer in the Derby della Capitale with 9 goals. Totti joined that list when scoring in that very derby against Lazio in which Delvecchio was honoured, and has a chance to claim the outright lead in the upcoming Coppa Italia finale.