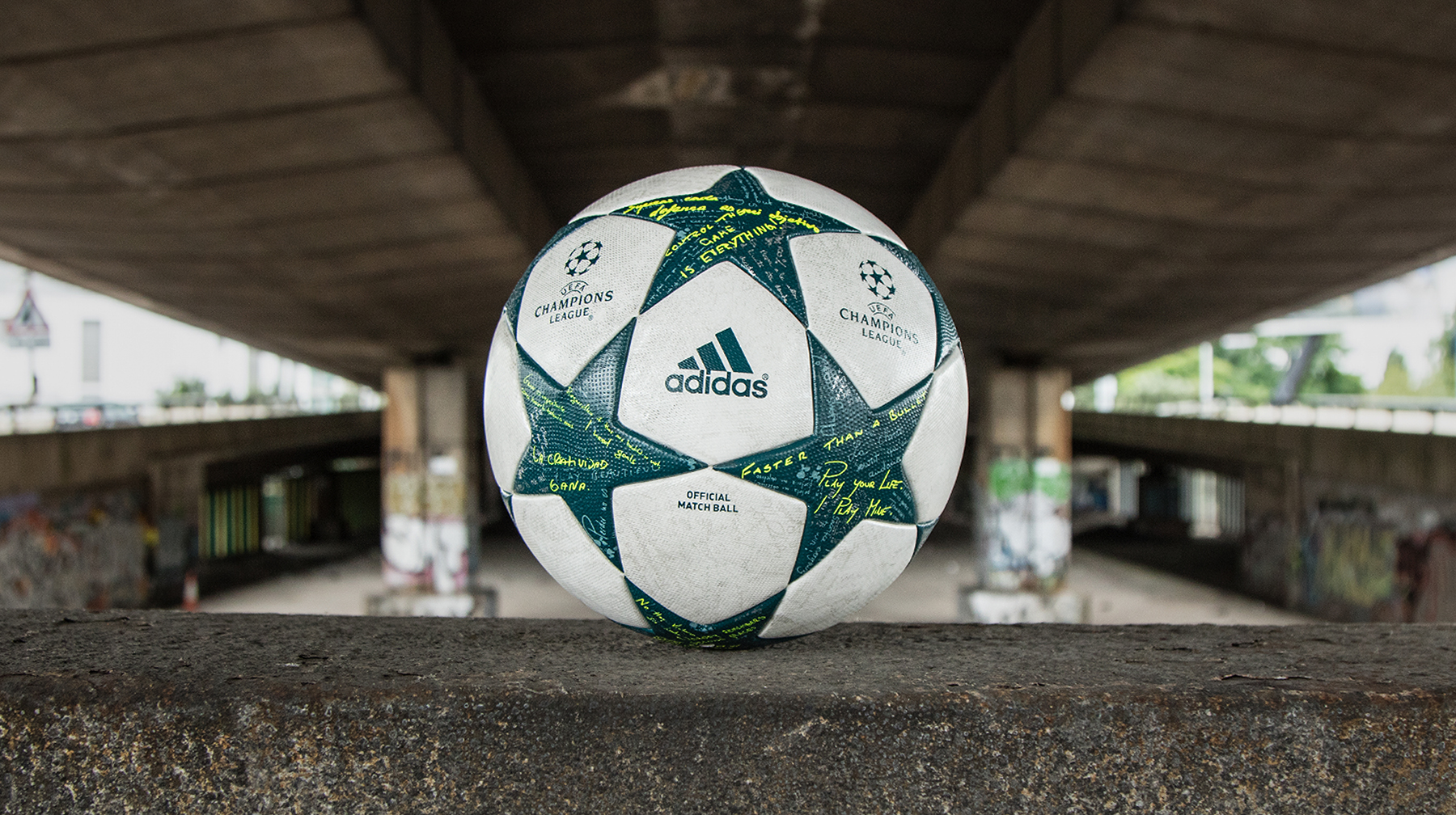 Adidas has revealed the Official Match Ball for the 2016/17 UEFA Champions League group stages. The ball, which will help decide the winners of the biggest prize in club football, has a striking new design featuring comments from adidas players on what winning means to them.

The hand written messages come from some of the game’s best players, including the likes of Mesut Ozil, Toni Kroos, James Rodriguez and Gareth Bale all saying how they win their way. “Play your life, I play mine”, says Ozil, with Toni Kroos contributing “controlling the game is everything”. James Rodriguez says “la creatividad gana”, meaning “creativity wins” whereas Bale says “being faster than a bullet”.

The ball features white panels surrounded by green stars and is based on the design of the UEFA Champions League logo. The star panels contain an outer coating texture, consistent across all adidas UEFA Champions League Official Match Balls, to provide a seamless surface for optimal grip in varied conditions.

The ball will be used on-pitch from 13th September 2016 up until 7th December 2016 and is available for purchase in selected adidas retail outlets, associated stockists and via adidas.com/football.