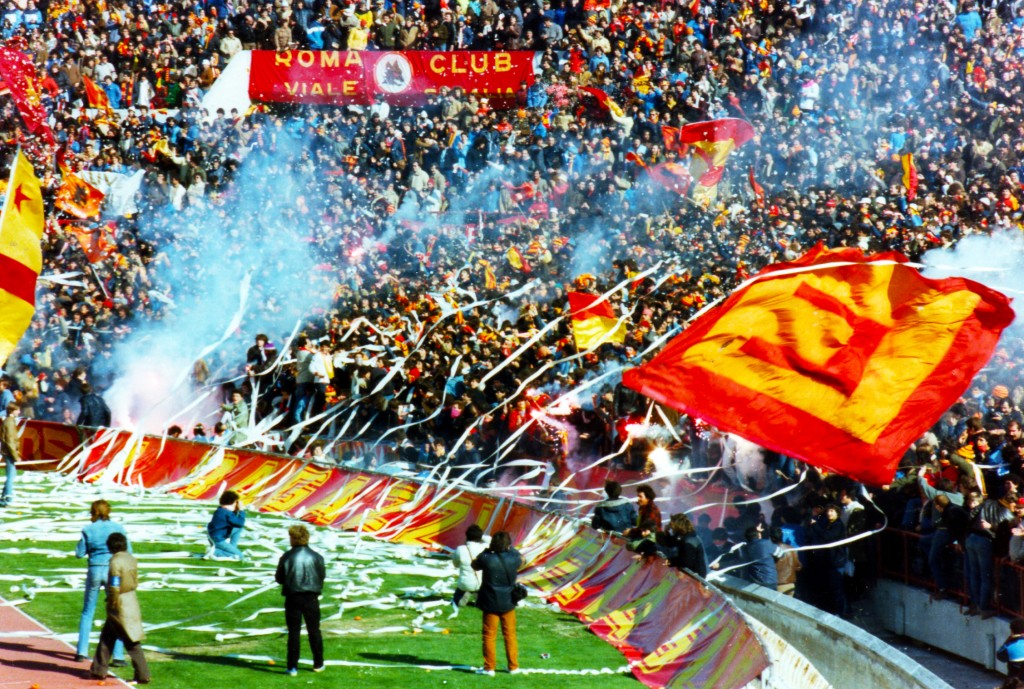 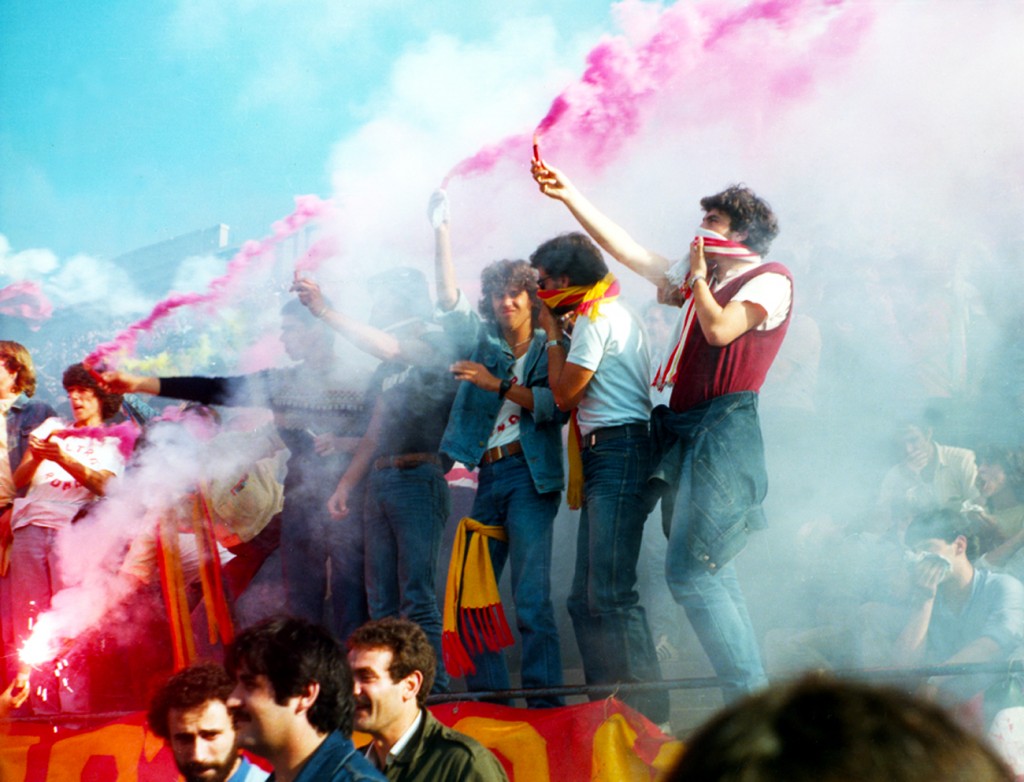 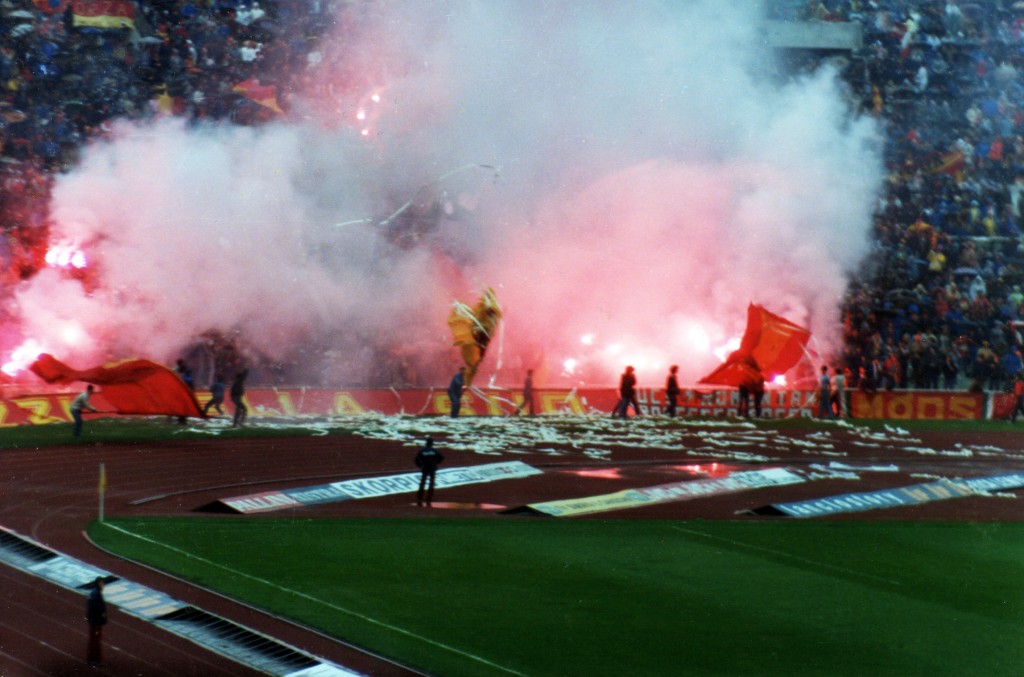 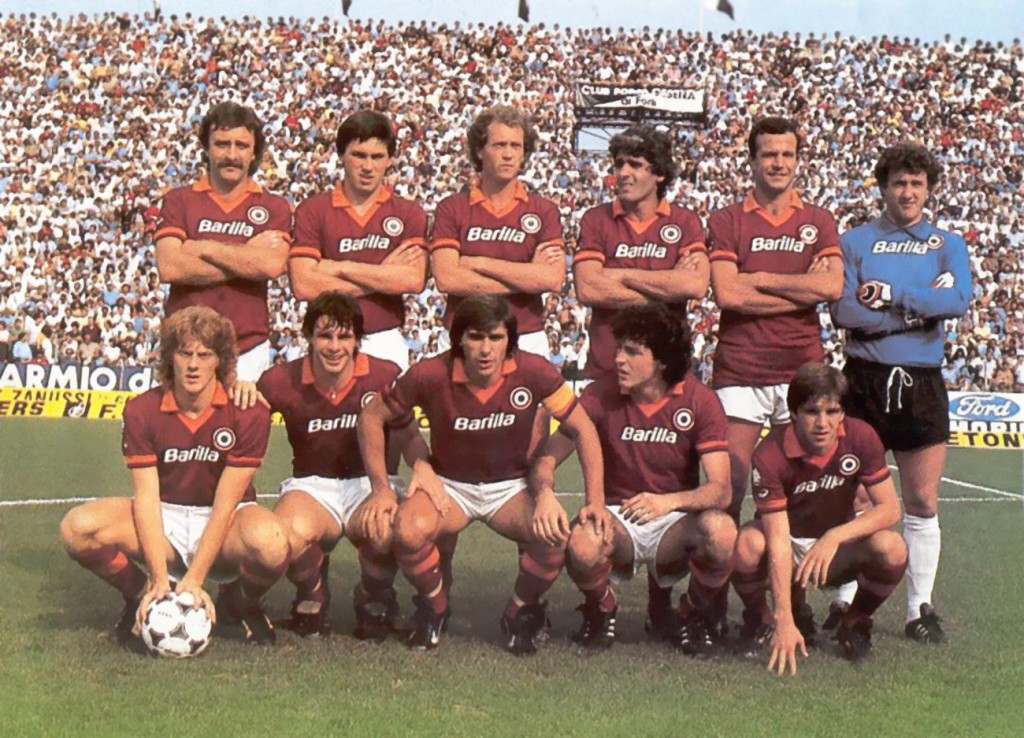 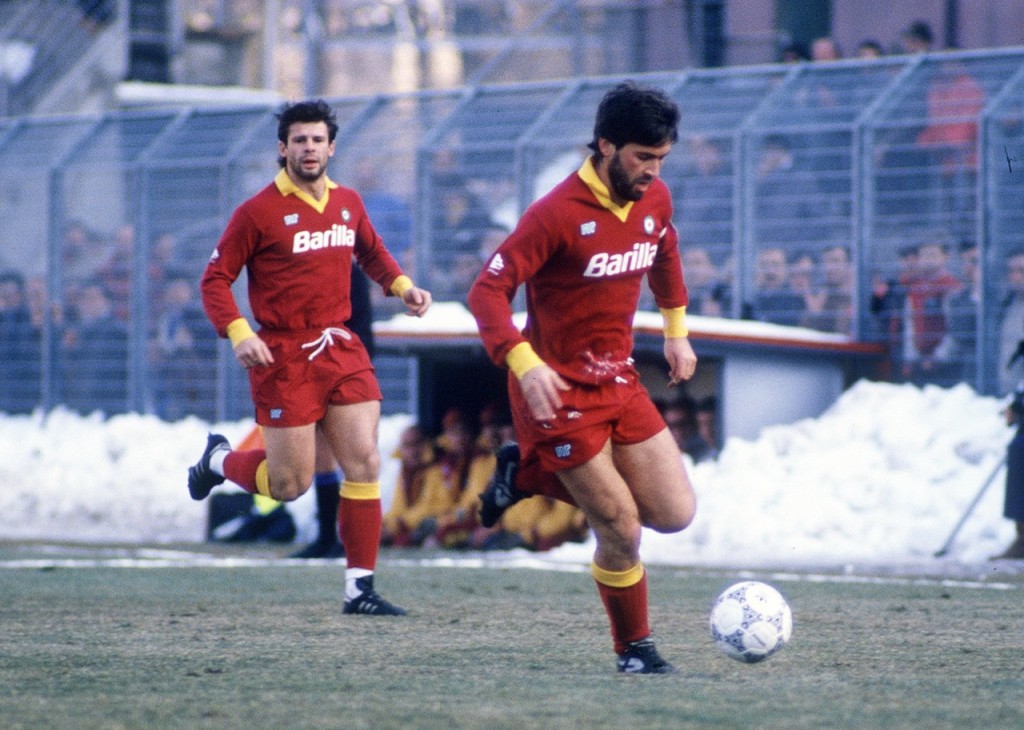 A bearded Carlo Ancelotti is a site to behold. Sebastiano Nela in the background 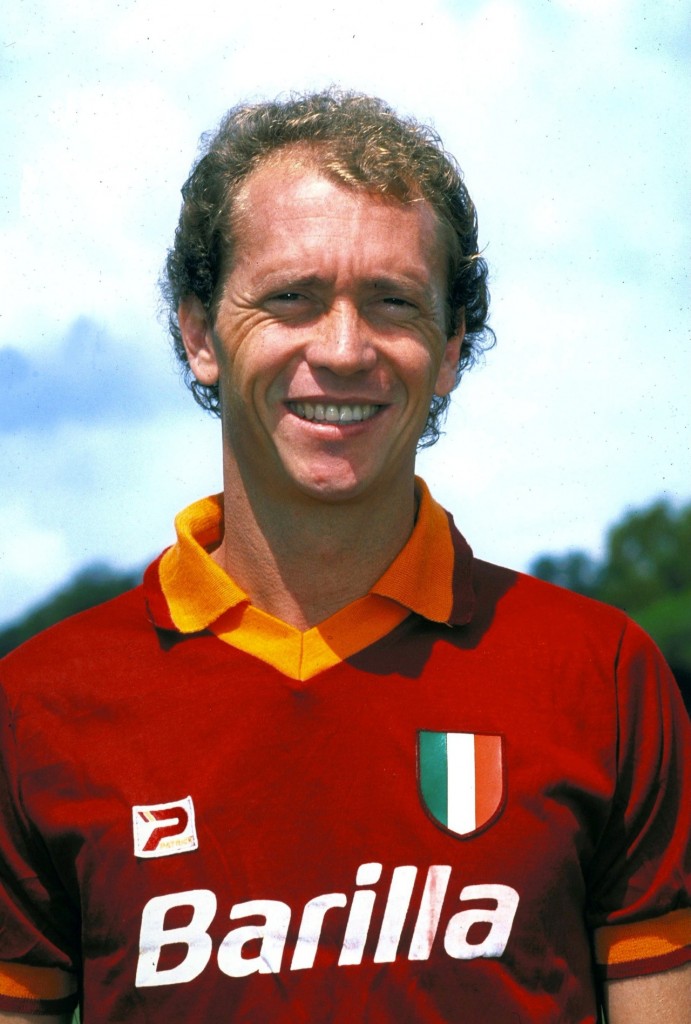 One of the most talented midfielders of all time, Paulo Roberto Falcao 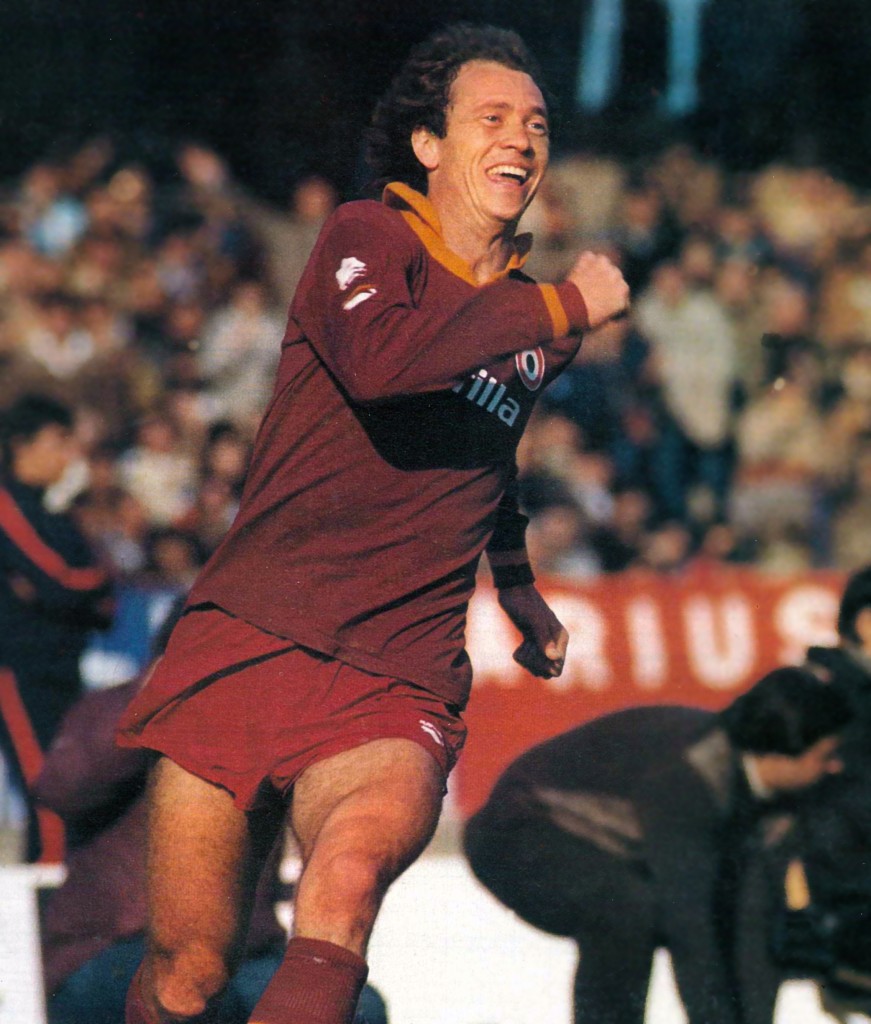 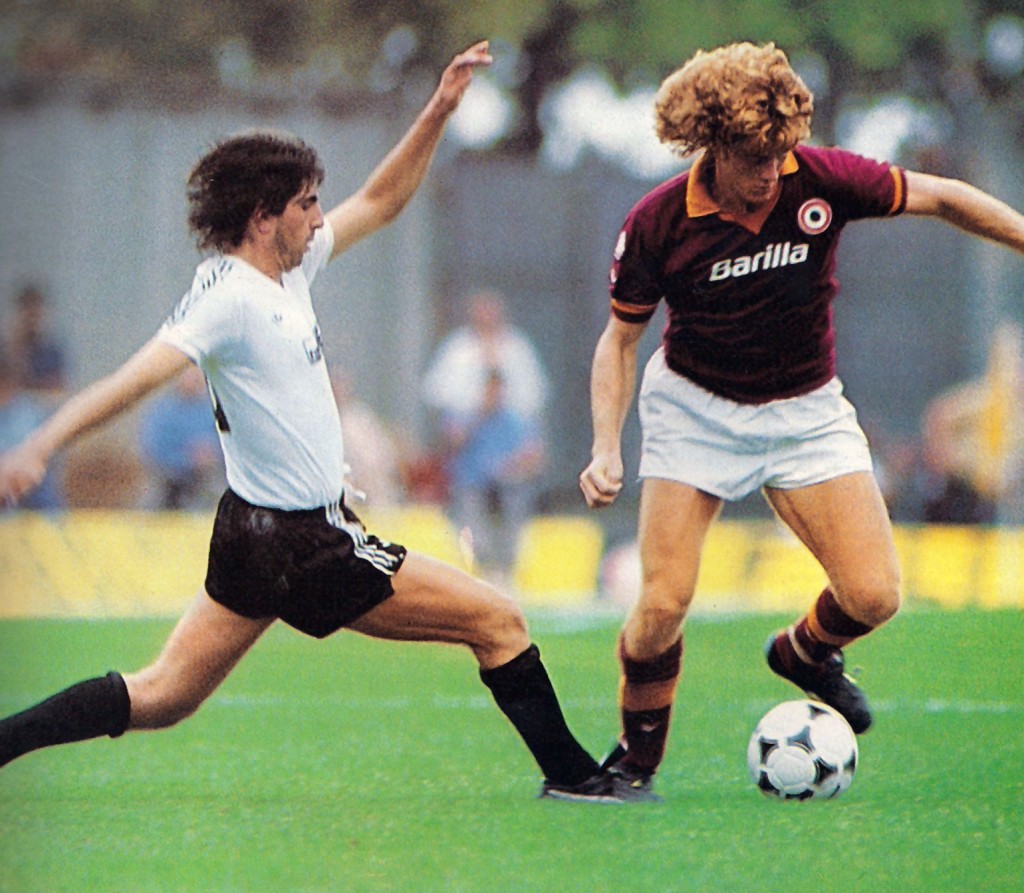 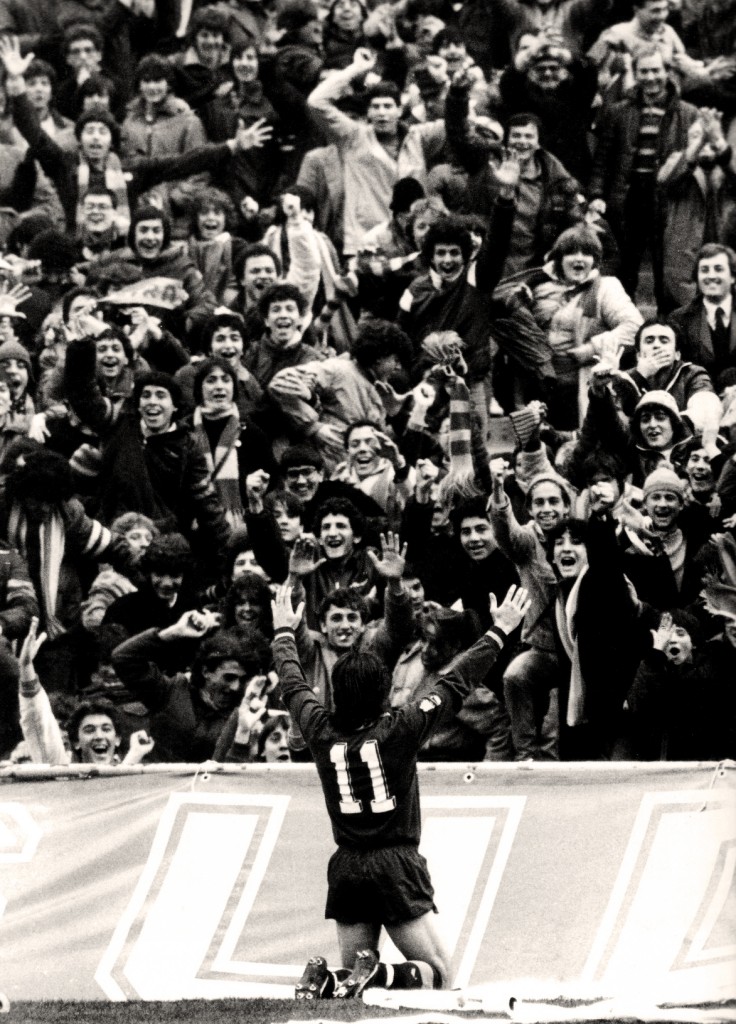 Adored by his legions, Bruno Conti celebrates scoring against Torino 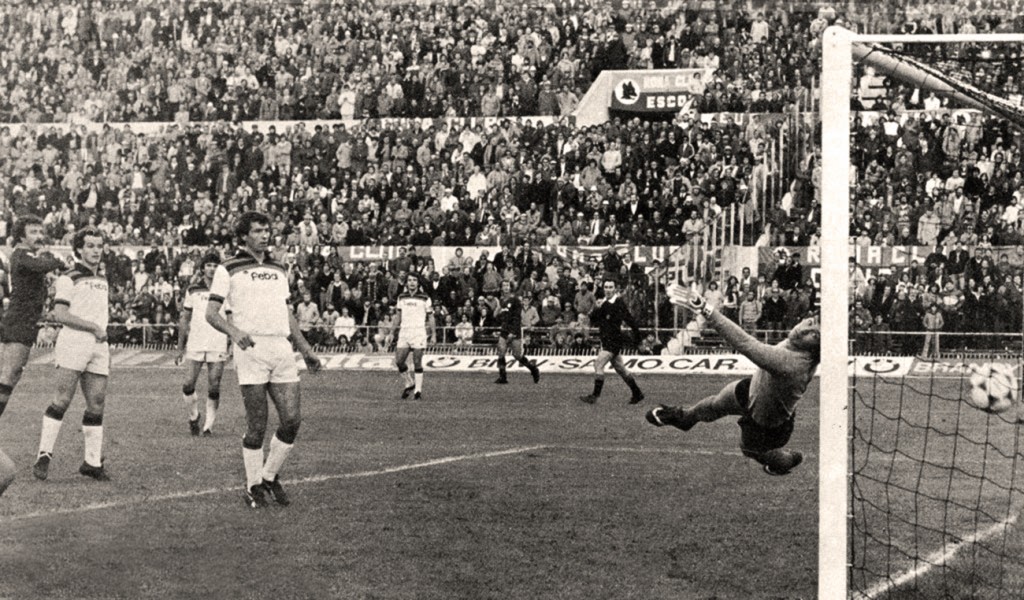 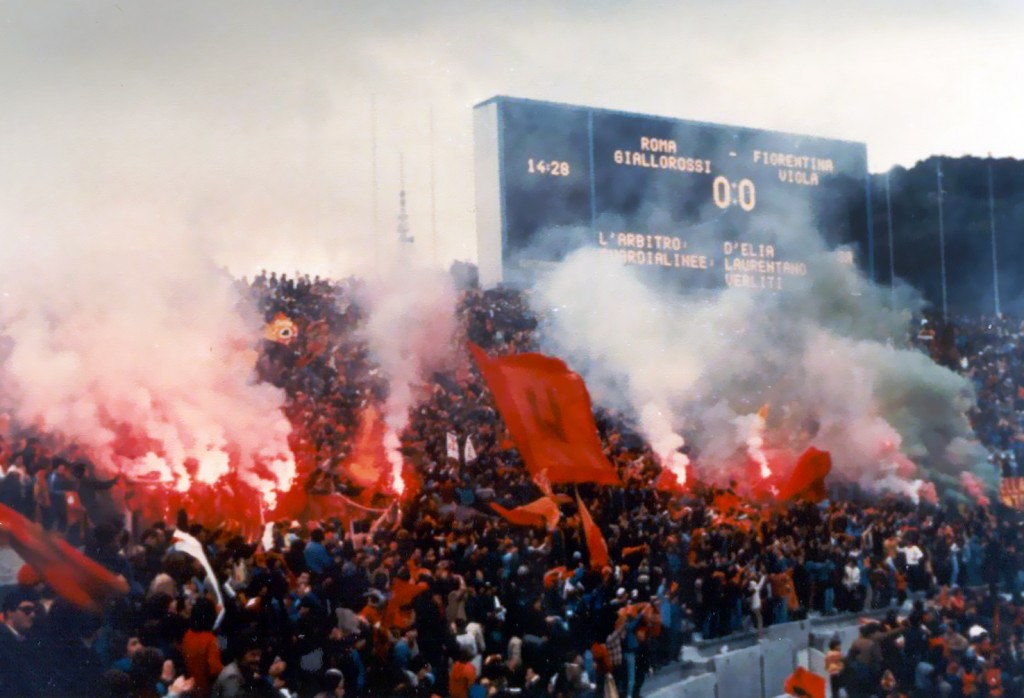 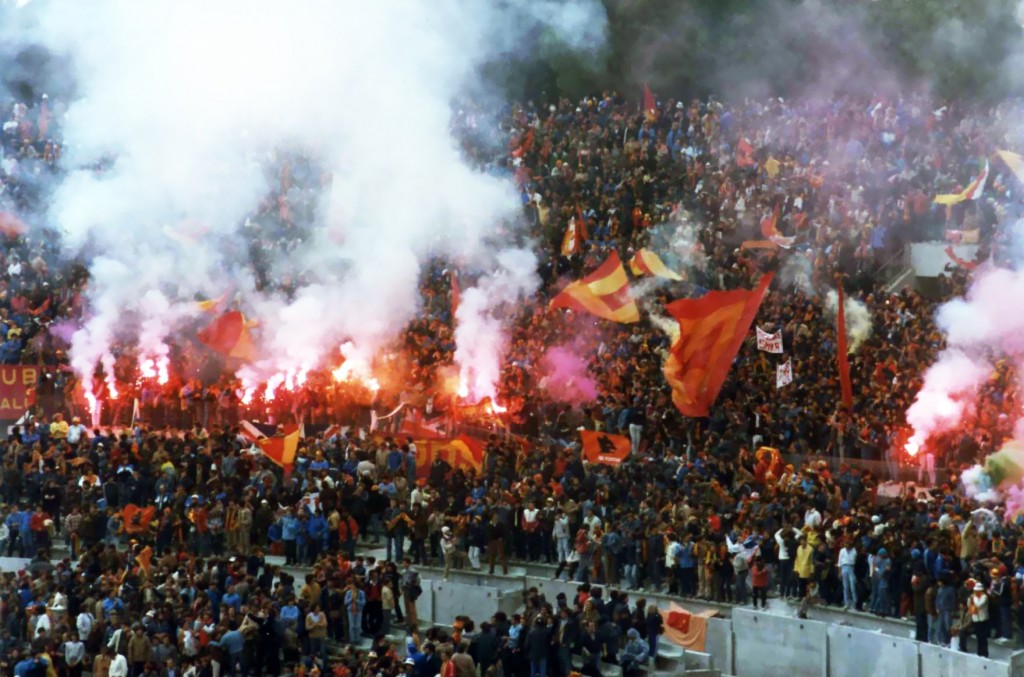 Colour, flags and flares, the Curva Sud in full flow 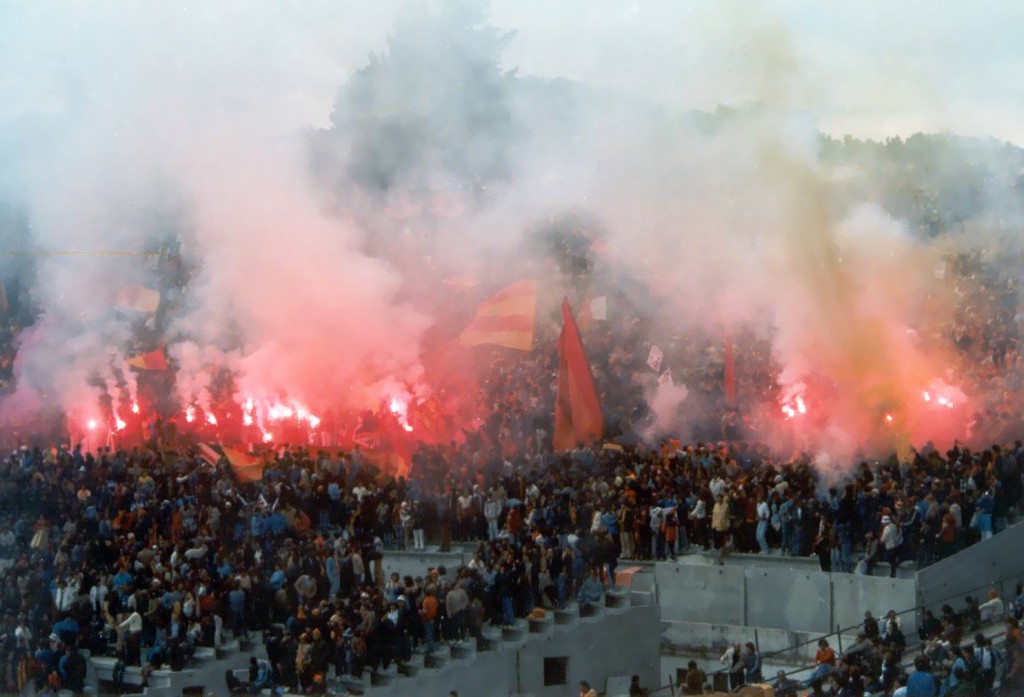 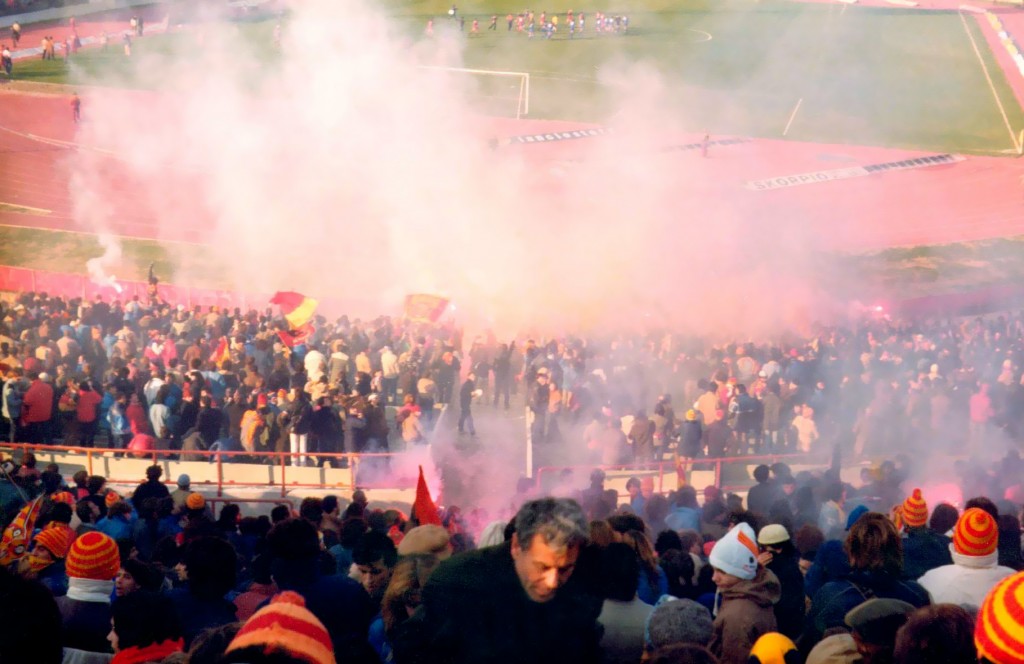 A view from the Curva Sud 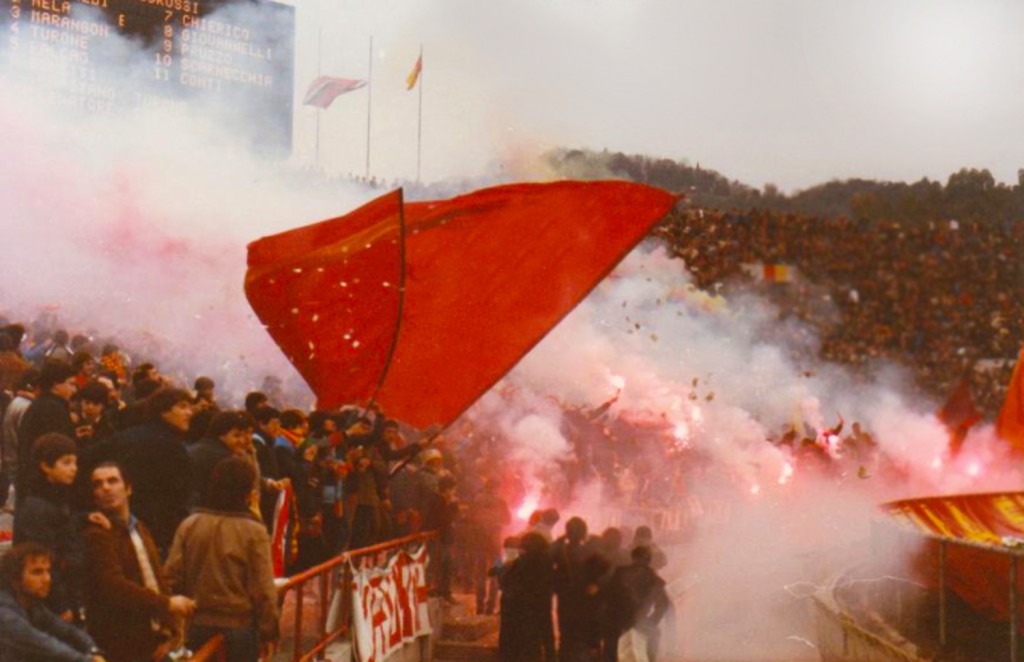 Great shot of the Curva filled with flares 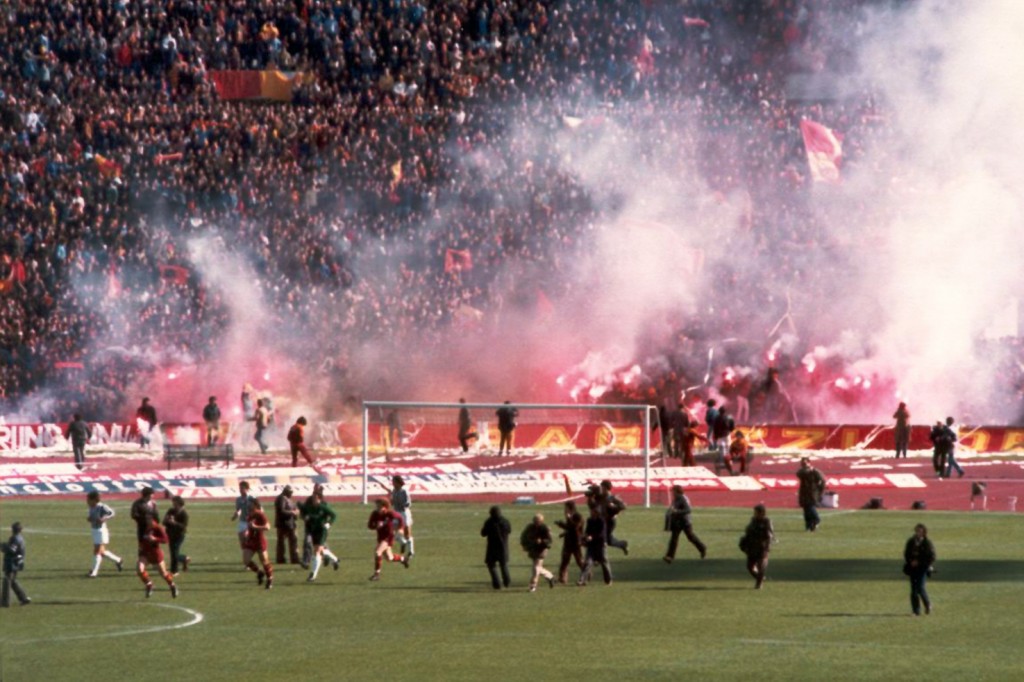 At home v Juventus, the Curva give them a warm welcome 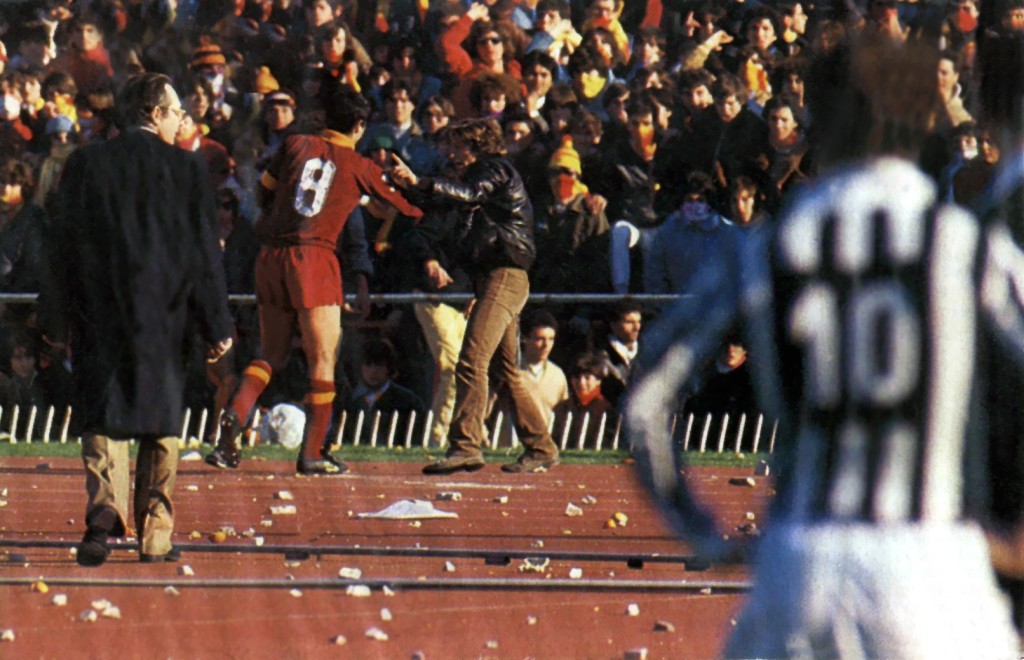 From the same game, at home to Juventus, Di Bartolomei goes over to the Curva to calm down a fan 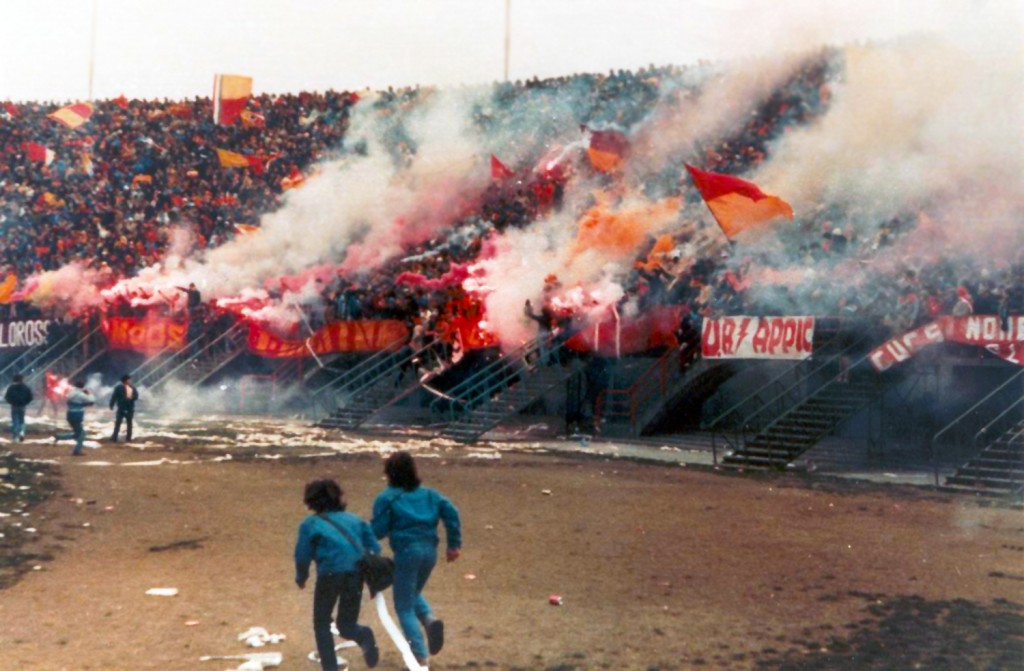 In March 82′ Roma traveled to Fiorentina, and brought the 1st legion with them 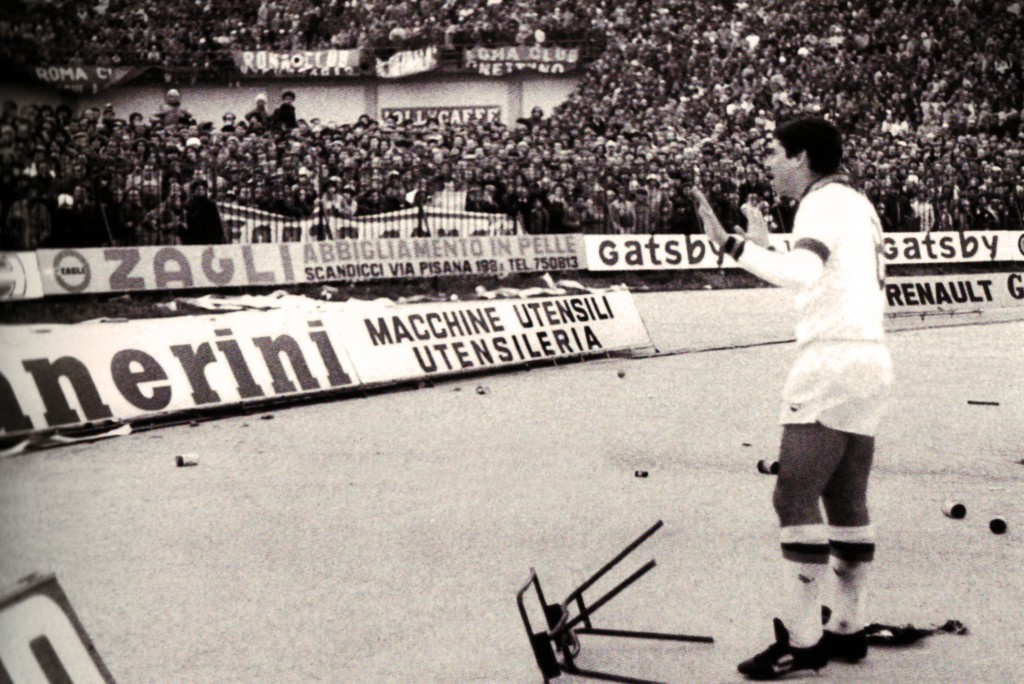 At Fiorentina, Ago once again goes over to calm the tifosi in the Stadio Artemio Franchi 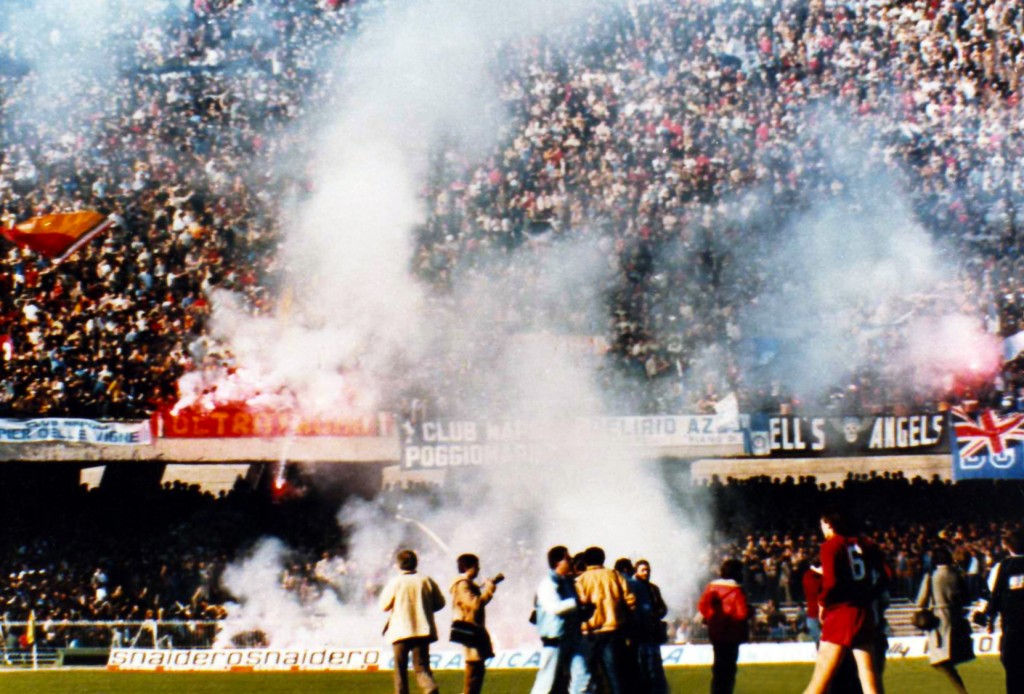 The Roma faithful in the Stadio San Paolo, v Napoli 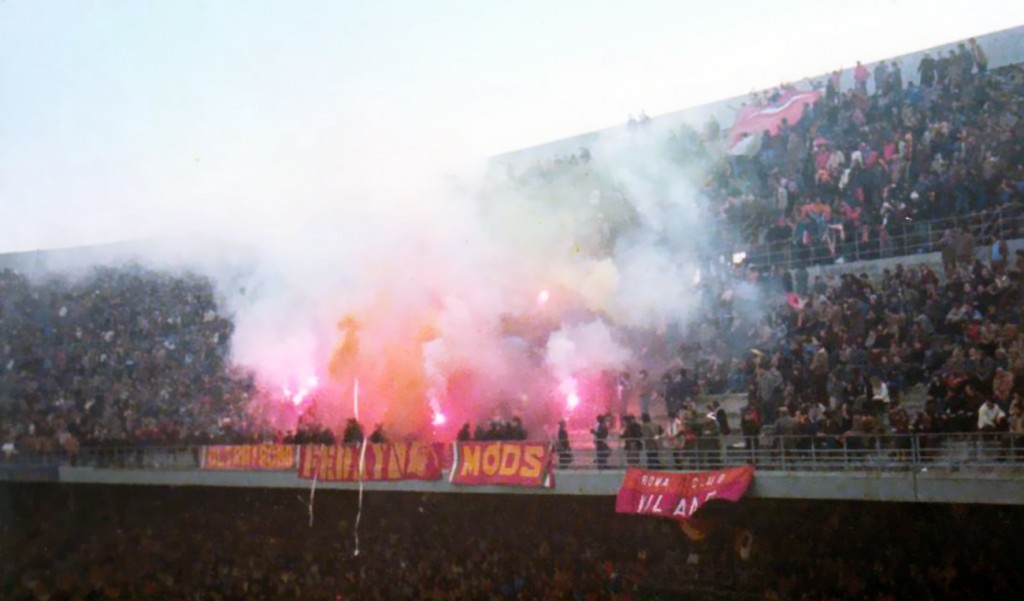 Away to Milan in the San Siro