Euro Championship Winners by Calum Rolland is an illustrative piece thats celebrates the European Championships and the nations that have won the lucrative Henri Delaunay Trophy from the first inaugural touranment in 1960. The piece was showcased as part of the Euros-themed football art exhibition Group Stage, which was held in Hoxton, London from the 9th to the 12th of June, 2017. The design elements from each nation were heavily influenced from each countries heritage to the iconic kit designs that were worn when winning the competition. Calum Rolland is a freelance graphic designer from Kirkcaldy, UK 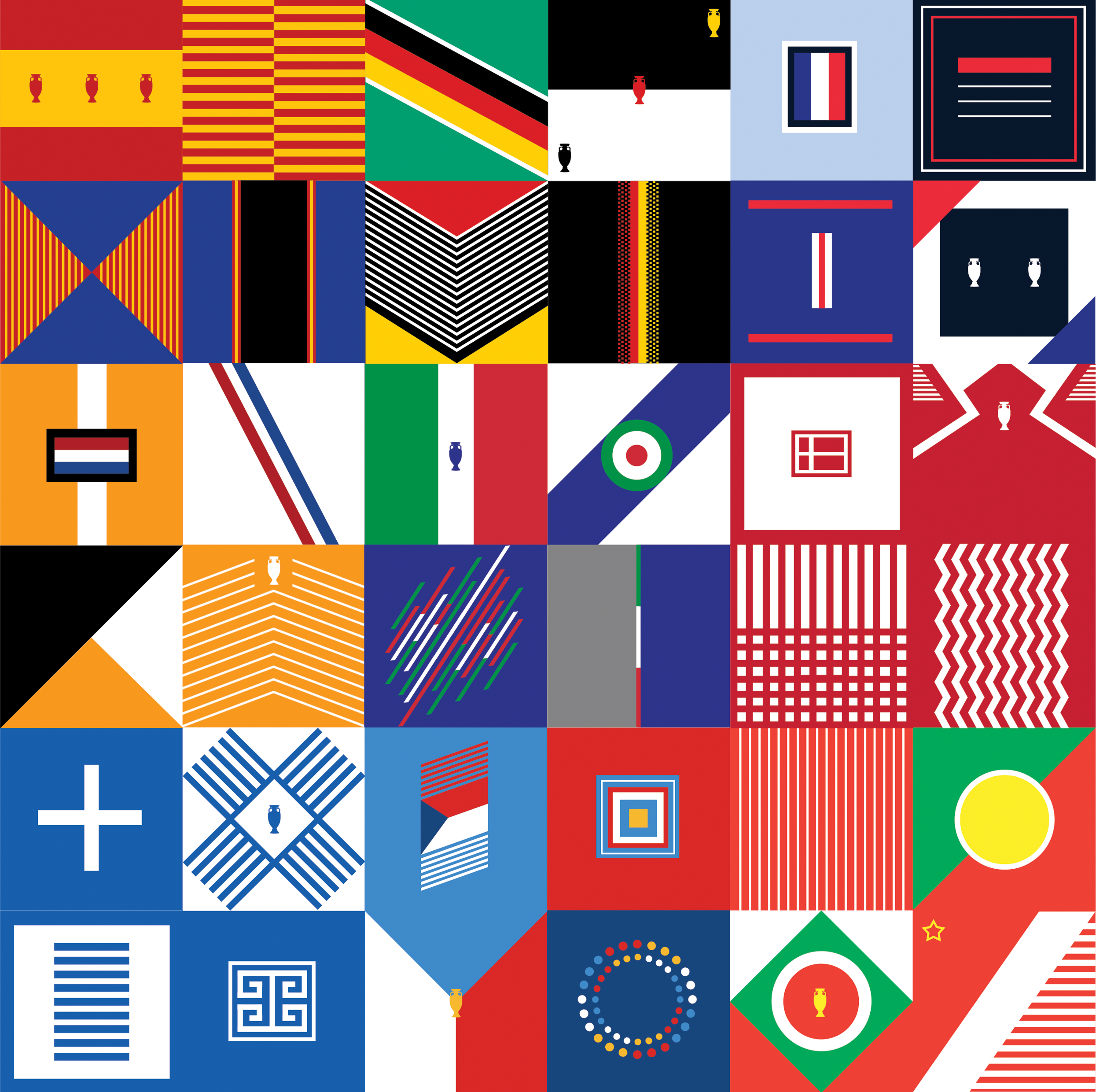 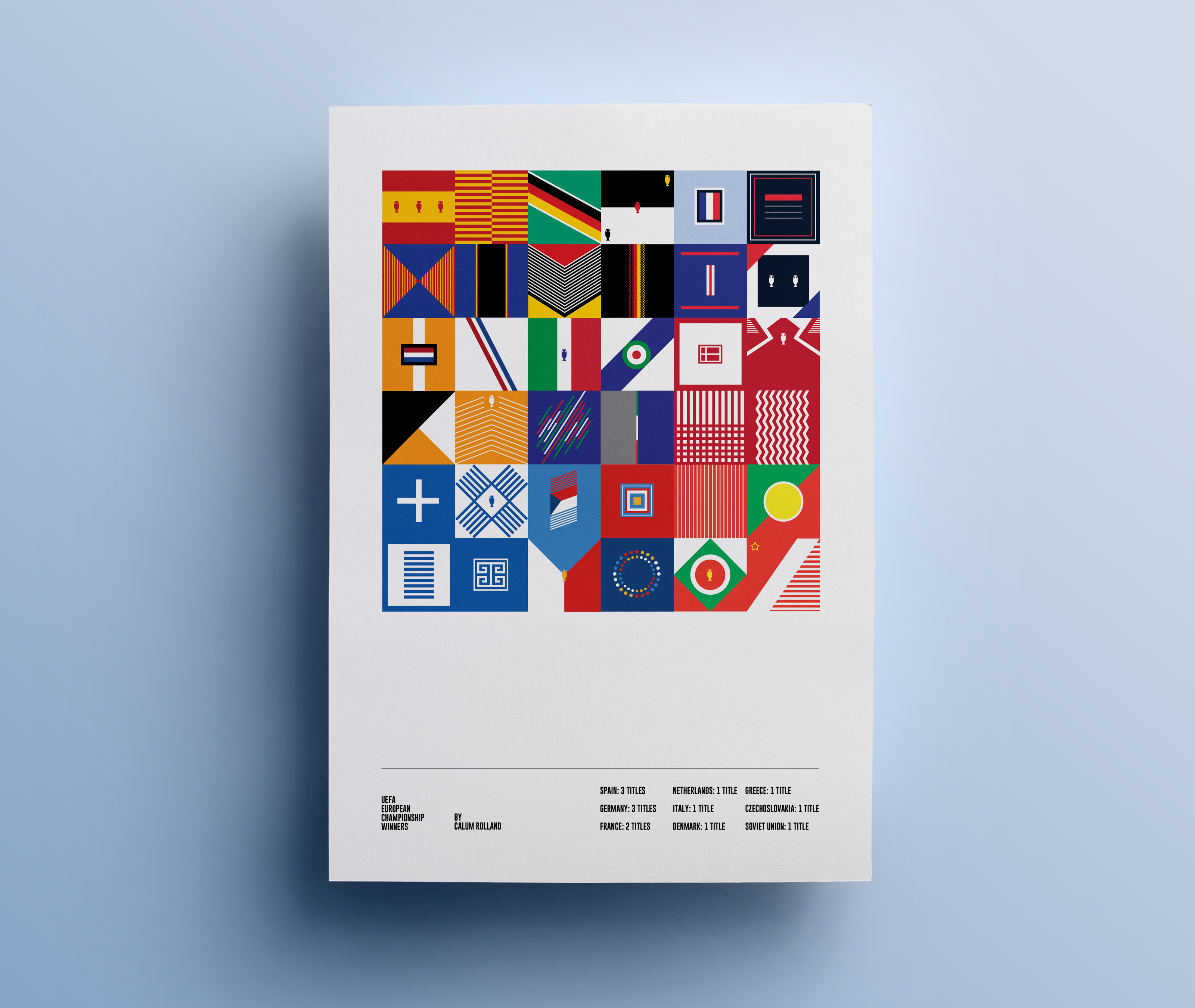 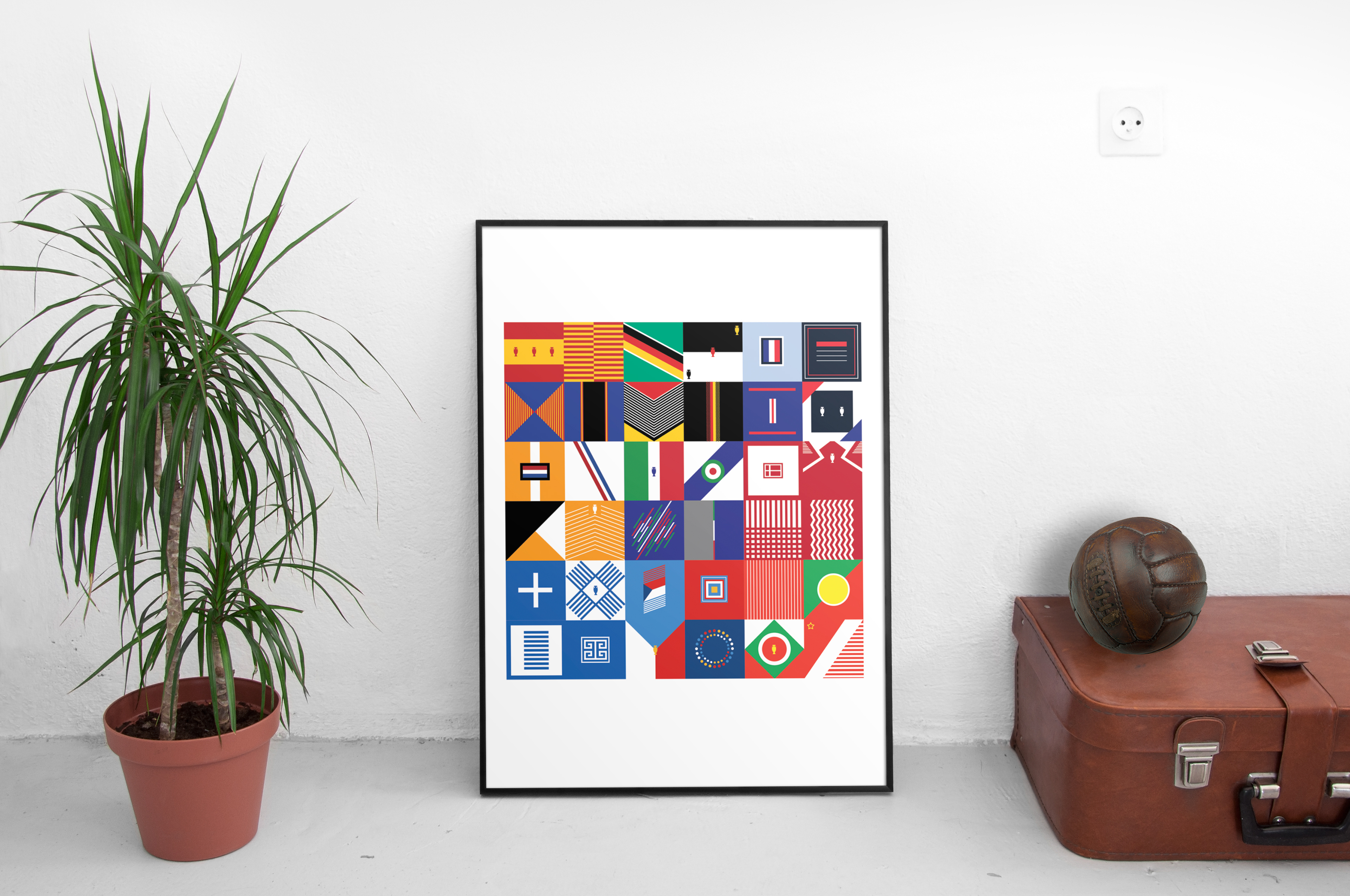