Ahead of AS Roma’s Champions League meeting with Real Madrid, the legend that is Francesco Totti will salute the crowd and receive an official Hall of Fame shirt (see below), after being officially inducted into the clubs Hall of Fame the day after his final game on May 28, 2017. A true legend in every sense of the word, Totti will surely go down as the greatest romanista of them all and forever join the great names in the club’s history who have been added to the Hall since its foundation in 2012. Below is a poster to celebrate Totti’s induction to the Hall of Fame, with desktop and mobile wall variations also available. 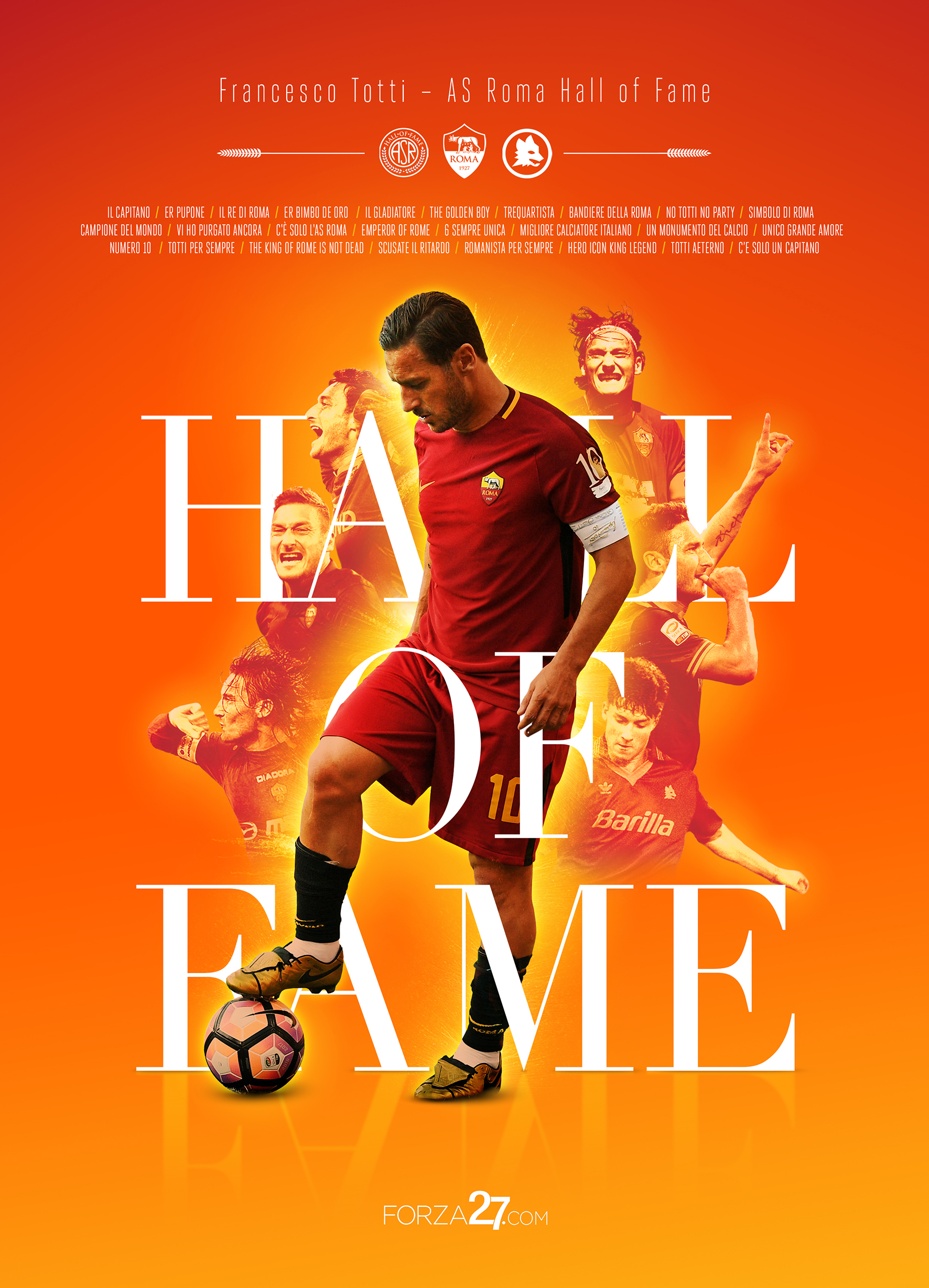 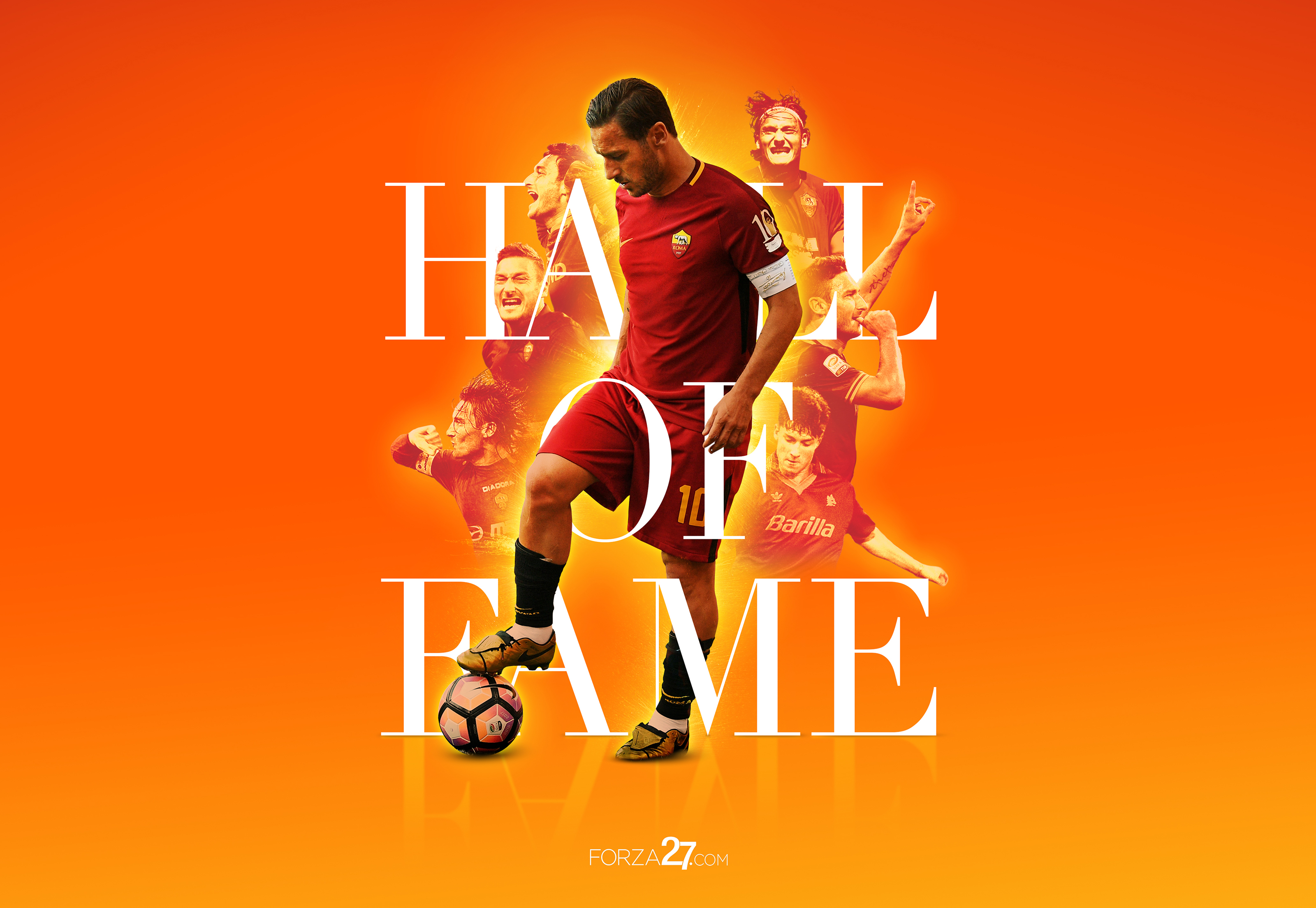 The unique shirt which Totti will receive from the club can be seen below, while the club have also released a limited edition range ‘capsule collection’ of merchandising that marks Totti’s addition to the club’s Hall of Fame, produced by Mario Calvo, which are available at ASRomastore.com and official AS Roma Stores.