Inter & Nike Campaign in the Style of Caravaggio

Doing the rounds on twitter today was this stunning advertising campaign from Nike for FC Internazionale. It actually dates back to August 1997 and is an outdoor poster print campaign for Nike Italia in which the various symbolic figures are painted in the style of Caravaggio.

The art direction is by Mario Guay, a designer from Paris, while the painting itself is by Dominique Gaucher.

The painting features symbolic creatures which represent different Serie A clubs, with the giant blue snake, obviously for Inter, chasing (l-r) the eagle of Lazio, the wolf of Roma, the bull of Torino, the rooster of Bari, the devil of Milan, the four blind men of Cagliari, and the zebra of Juventus. 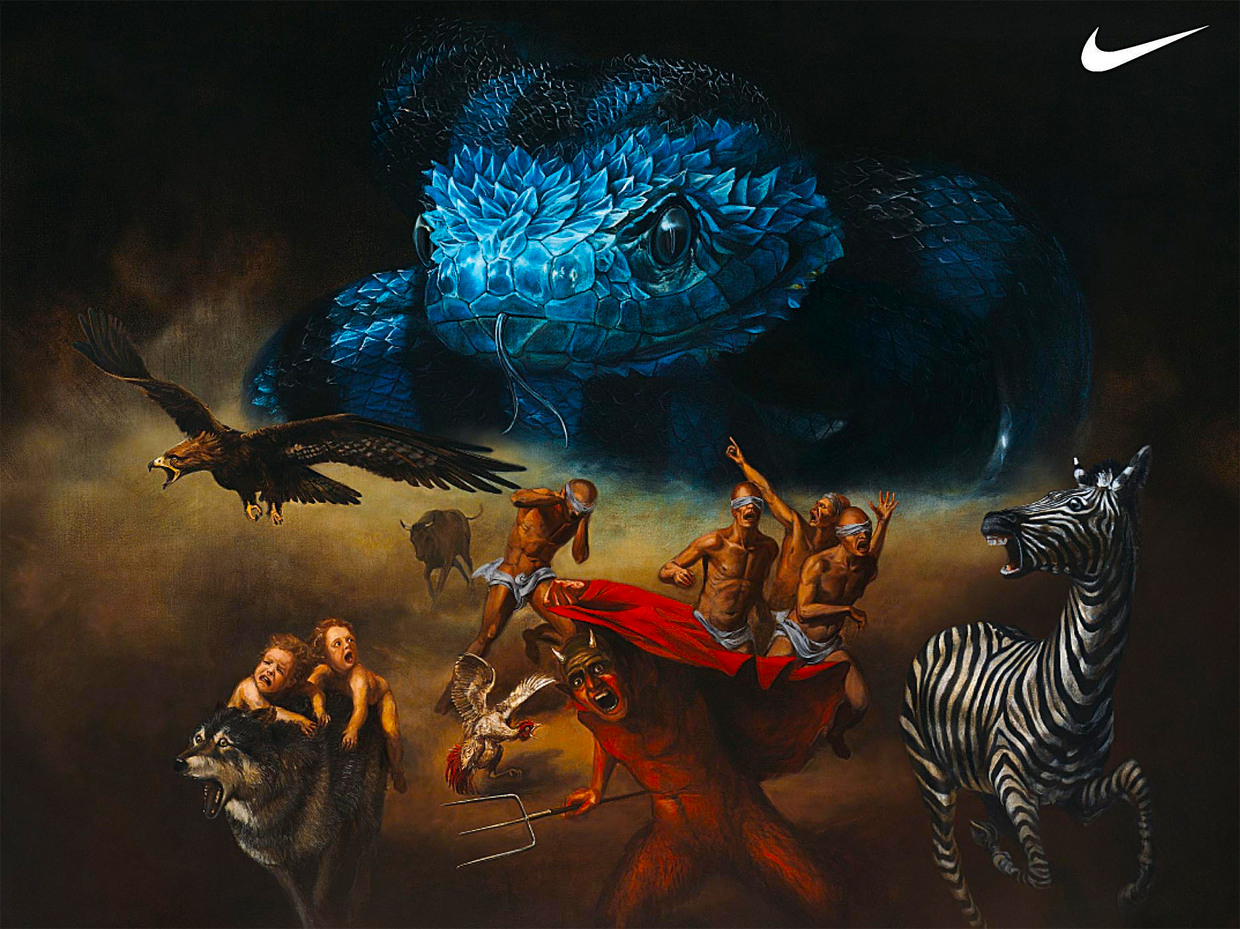