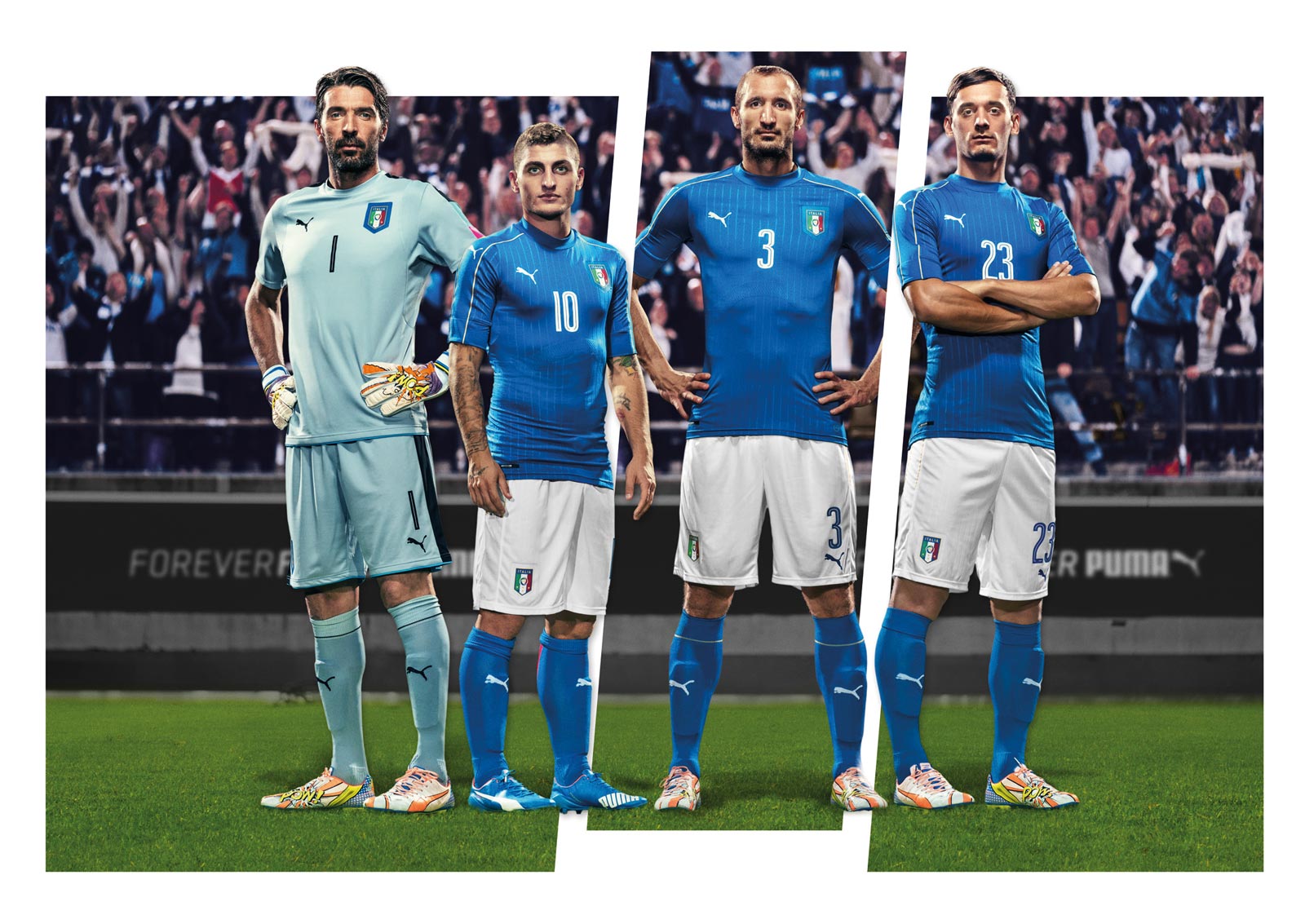 The new Azzurri kit to be used at Euro 2016 has been unveiled, featuring white stripes and PUMA technology. It’s set to be debuted in the international friendly against Belgium and will be worn by the team at Euro 2016 in France next summer.

The kit will feature small white stripes reminescent of the fashionable Italian pinstriped suit, and the colour scheme will be the classical blue shirt and white shorts, as opposed to the occasional full blue.

The kit also features PUMA technology known as ACTV Thermo-R, which involves a unique fabric that allows body heat to be released or contained according to necessity, and which is said to aid muscular energy transmission.

Pictures via Vivoazzurro.it and Puma.com