Juventus have released a limited edition football jersey to celebrate the club’s 120th anniversary, produced by Adidas. This exclusive, numbered shirt combines the vintage allure of the classic black & white stripes with a modern fit, thanks to the use of high-performance materials. The limited edition counts only 1897 shirts – a nod to the year in which Juventus was established by a group of students from Turin, eventually becoming a leading team in the history of Italian and international football.

This special shirt combines vintage aesthetic with contemporary materials. It’s made from a high performance technical fabric that flexes with the body for an impeccable fit. The crew-neck silhouette and slim-fit short sleeves recall the great champions of the past. Golden stars decorate the chest, while the sponsor logos are printed black-on-black for a perfectly polished look.

Each Adidas Juventus 120th anniversary kit is carefully packaged inside a personalised box, featuring the new Juventus logo and distinctive 120th Anniversary graphics. On 5th November 2017 the team will celebrate the day by wearing the shirt during the Serie A match v Benevento at the Allianz Stadium in Turin. 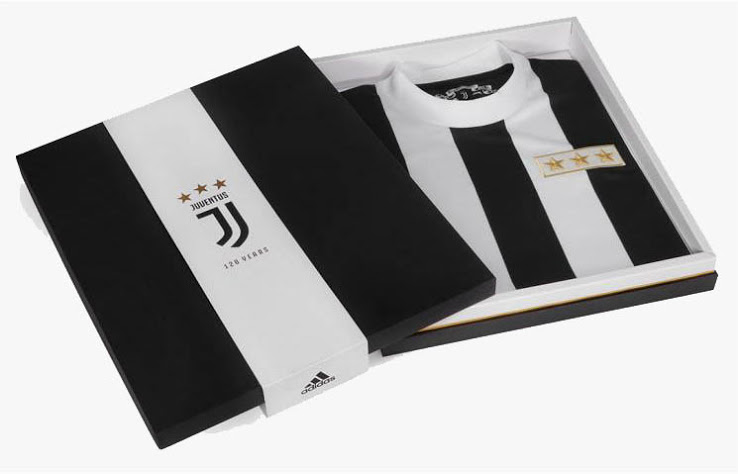