For its 20th anniversary, the Mercurial adopts a clean aesthetic with a small forefoot Swoosh and a bold “M” on the heel. “Mercurial players tend to be very fast, so that “M” is the last thing defenders will see when a Mercurial player blows by them.” The plush feel of the Mercurial 360 can also be attributed to advancements in Nike All Conditions Control (ACC). Previously, ACC was applied on top of the finished Flyknit product, creating a thin layer. Now, ACC is embedded into the yarns prior to knitting, eliminating the additional skin without compromising the performance benefit. The result is a matte finish on a texturized upper that is softer to the touch but can still battle the elements.

On the Mercurial Superfly 360, the Dynamic Fit Collar takes on a lower cuff, similar to the modified version Ronaldo has preferred in recent seasons. Both the Superfly and Vapor versions of Mercurial 360 feature a soft, one-piece internal lining, part of the effort to reduce the number of boot components. “Mercurial is best when it’s minimal and streamlined,” says Lee. “Design done right doesn’t require excess parts.”

Pick up the Nike Mercurial Vapor 360 “Black/Total Orange” from prodirectsoccer.com 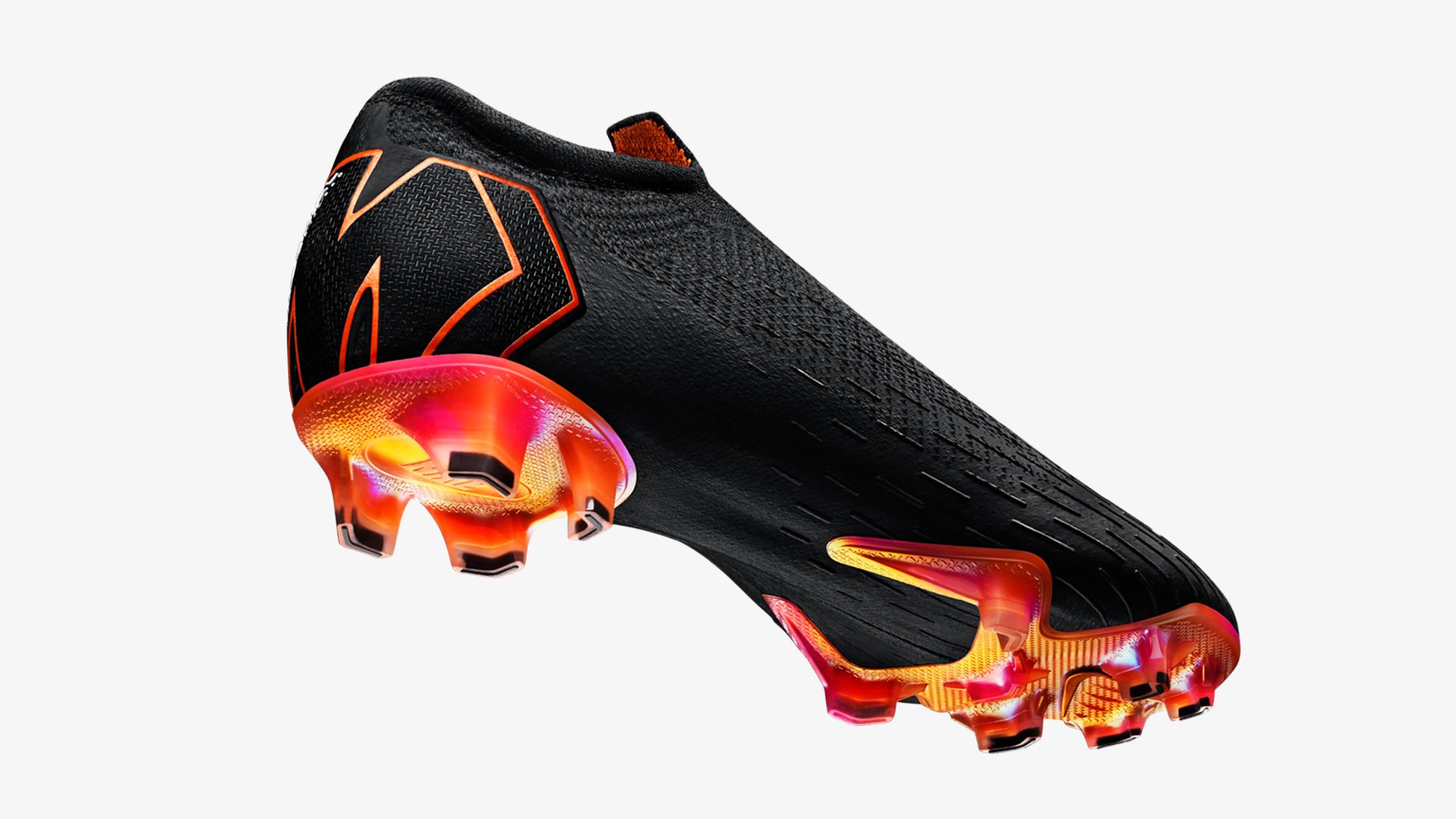