The wonderful TFT magazine is back – scroll down for more
November 4, 2018

The wonderful These Football Times magazine is back with a return to where it all began: Calcio II. The first installment of Calcio, released back in late 2016, was brilliant publication to see in print and featured some of the greatest stories in the history of Italian football, and this new issue looks to go one better with a return to when Serie A ruled the world.

Wherever you were, whoever you supported, this was a period of romance, intrigue and class unlike any other in football history. And it’s now available in stunning print, featuring an exclusive cover by Phil Galloway (@philthyart), great design by @omar_saleem, top-class illustrations and some of the best writers around.

In this issue there’s some smashing articles on the great Serie A title race of 1997/98; Roberto Baggio: the Juventus Diaries; The Capocannoniere Club; The gold of Sampdoria; Gabriel Batistuta: the Fiorentina diaries; The destruction of Napoli; The rise of Sergio Cragnotti’s Lazio; George Weah: the Milan diaries; How Totti, Batistuta and Montella fired Roma to the Scudetto; the rise and fall of Parma; and much more.

Released 3 December, just in time for Christmas, issue 13 of These Football Times: Calcio II can be ordered here, and stay up-to-date on twitter. 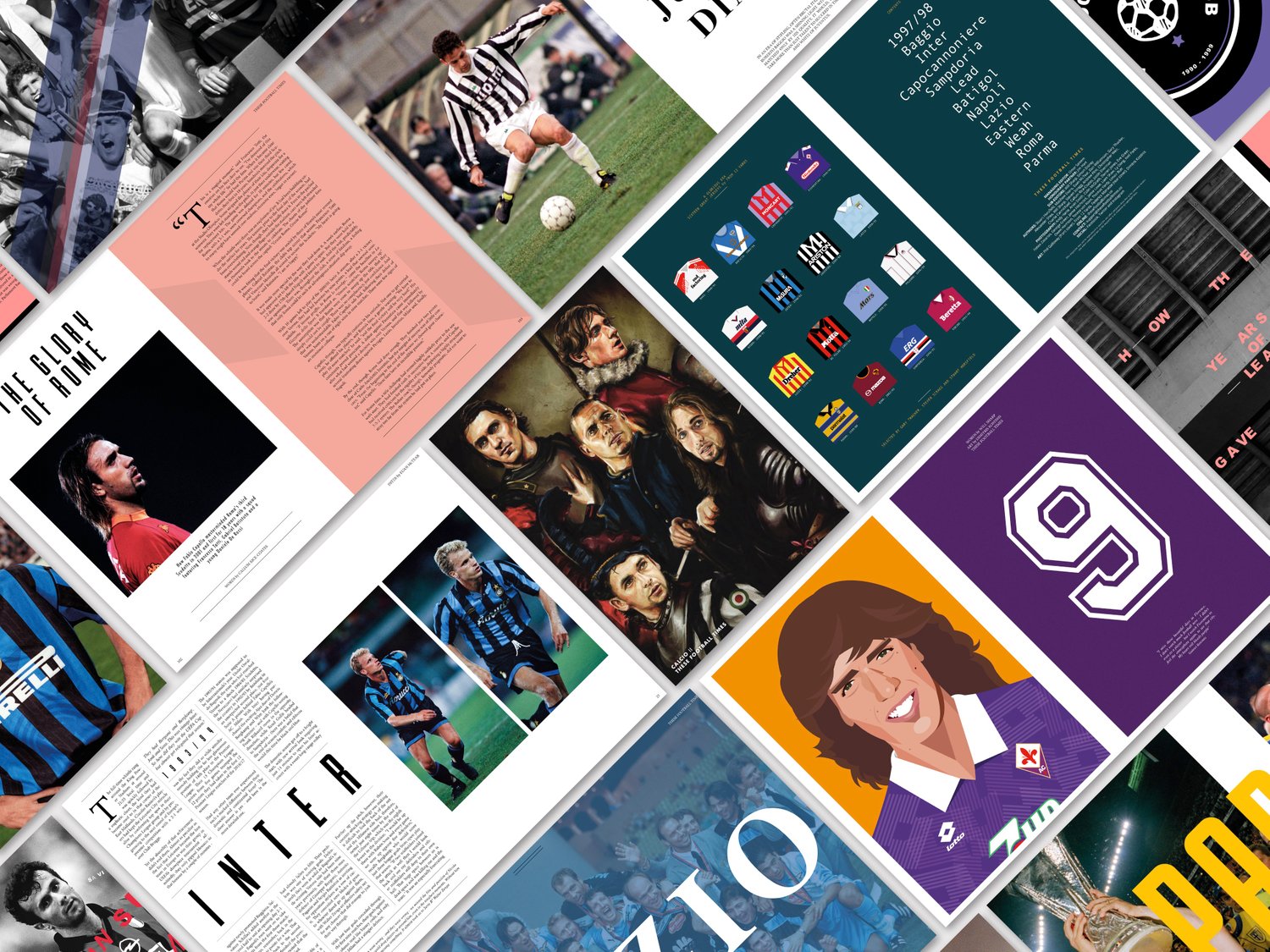