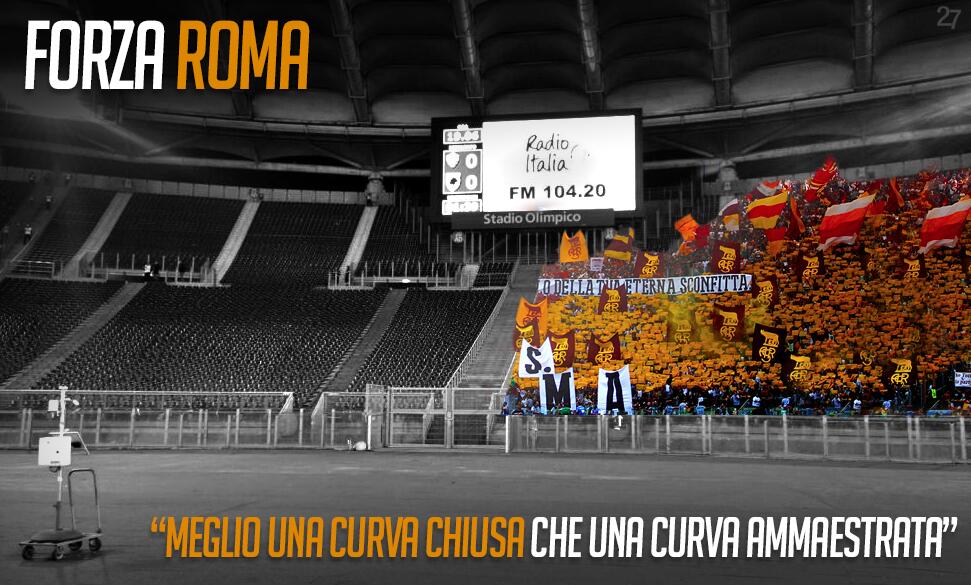 AS Roma beat Sampdoria 3-0 on Sunday night in the Stadio Olimpico, a game which was played senza curves – with both the Curva Sud and the Curva Nord closed – as punishment for ‘territorial discrimination’ handed down by the FIGC as a result of chants against Napoli.

So what, exactly, is ‘territorial discrimination’? Last summer the European football administrative body, UEFA, introduced new rules on stadium bans to be handed down for any racist chanting. The Italian authorities, in their wisdom, took this one step further and applied the ruling to what it calls ‘territorial discrimination’ (a ruling which has been in place since the 1990’s, yet the punishment has never been as severe as what we’re seeing this season).

Any fans found guilty of abusing where their opponent is from can be punished with a partially closed stadium and a hefty fine, yet the exact offences remain extremely vague. How exactly can any governing body hope to control what fans can and cannot sing at a football match? What exactly is deemed acceptable and what is not? No one really seems to be sure. (Beyondthefieldofplay.com highlights a good example: chants aimed at Napoli fans – “Vesuvio Facci Sognare”, “Vesuvio make us dream” – are a punishable offence, yet chants about Superga aimed at Torino fans are not).

Everyone acknowledges that racism has to be fought and eliminated from Italian football, but in their eagerness to clamp down on the issue the FIGC have got it wrong by deeming ‘territorial discrimination’ to be guilty of the same offense and worthy of the same punishment. Take away the fans right to insult and mock their opponents and you take away the right for the fans to freely express themselves and the very meaning of the competitive nature of sport.

None of the chants are pleasant. None of them will be welcoming or good natured, and some will of course go over the top. But this is sport, this is rivalry. Italian Ultras across the county have condemned these measures, even uniting and showing solidarity, and it is clear that resistance to these rules will not abide, despite how many curves are closed, and so the FIGC need to open their eyes and readjust their thinking.

Needless to say, Roma v Sampdoria was never going to be a quiet affair – despite the closures – as the pictures below illustrate. 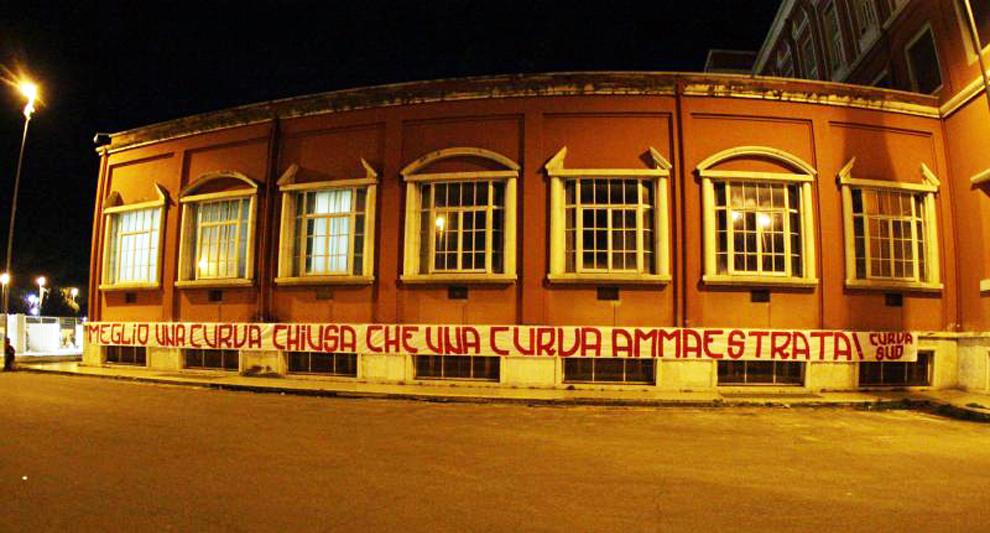 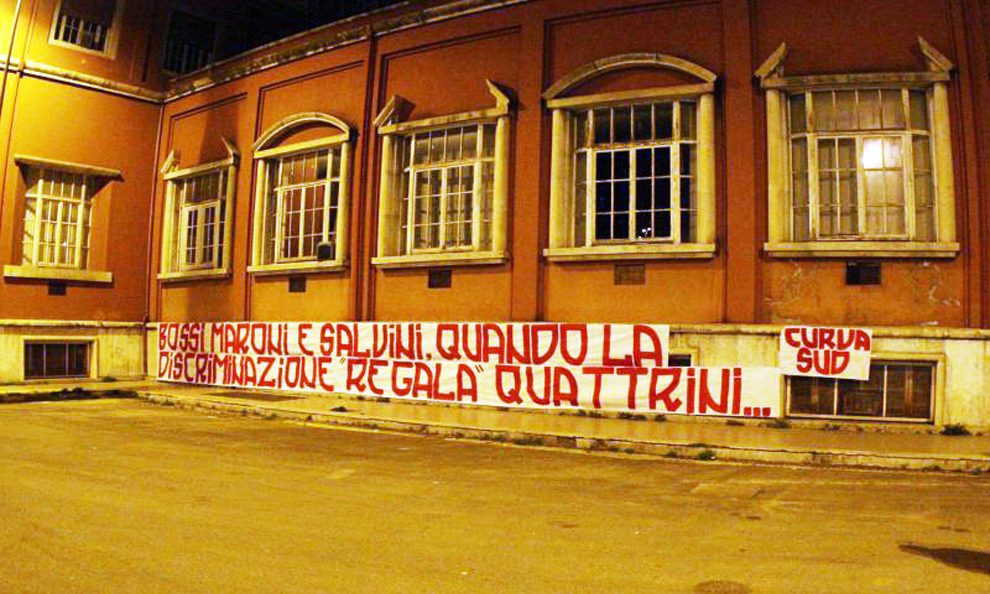 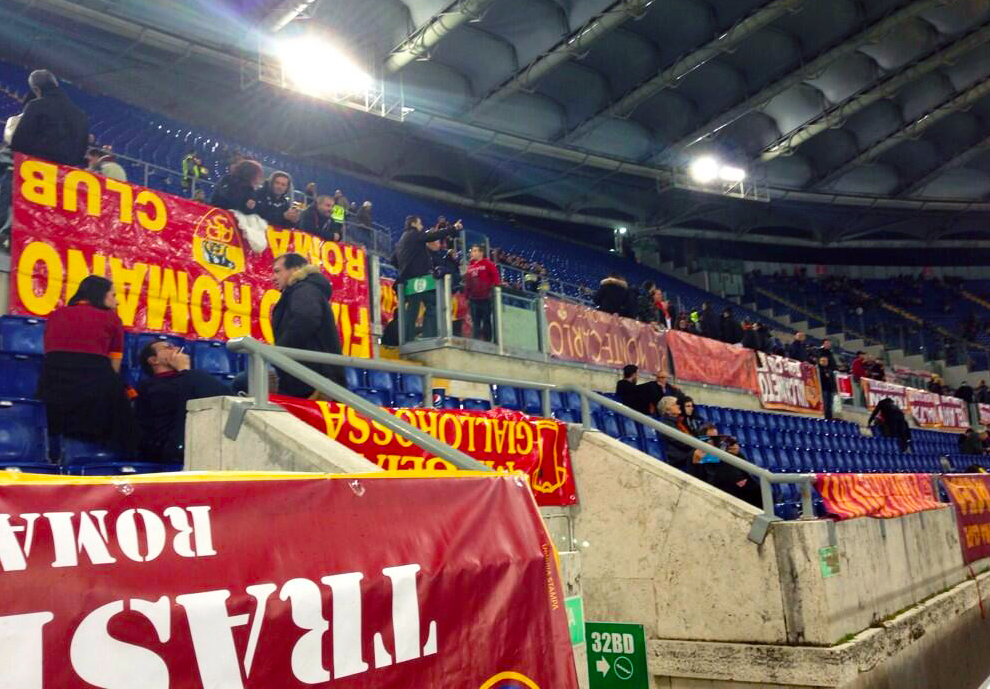 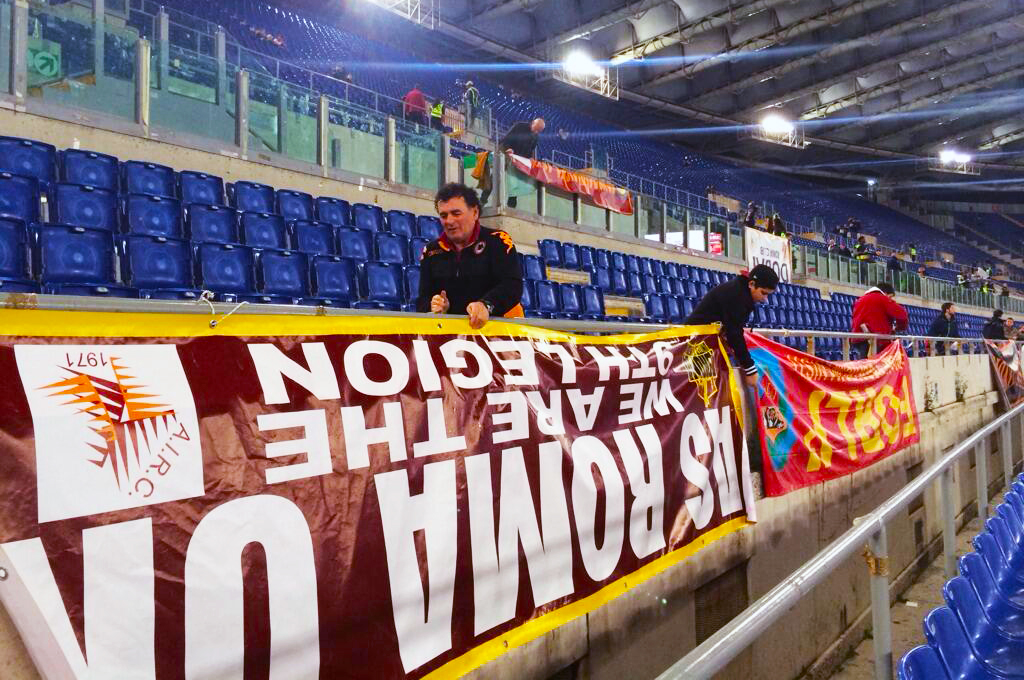 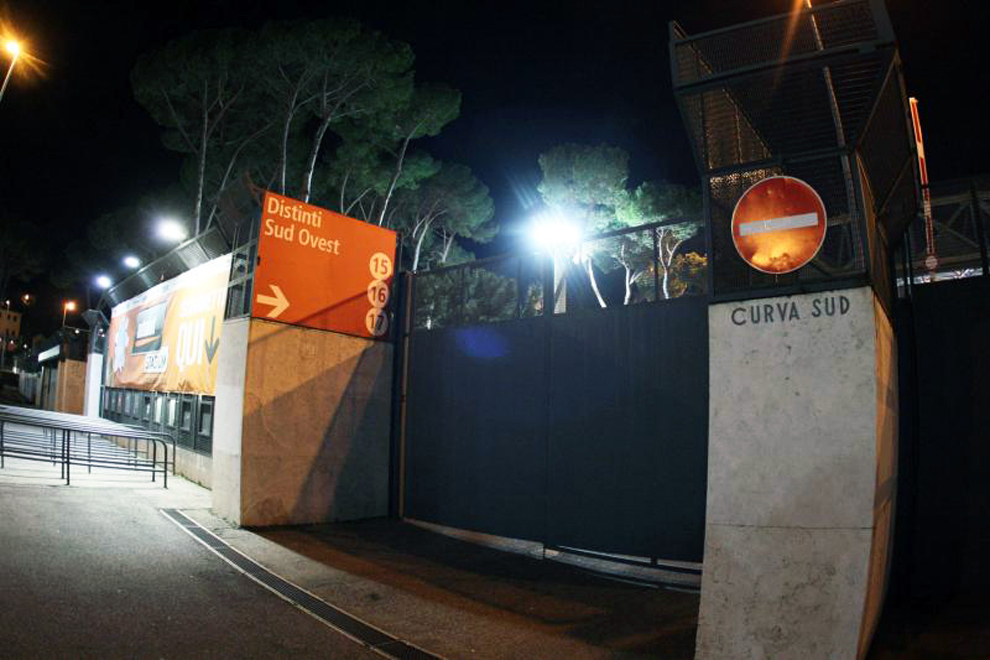 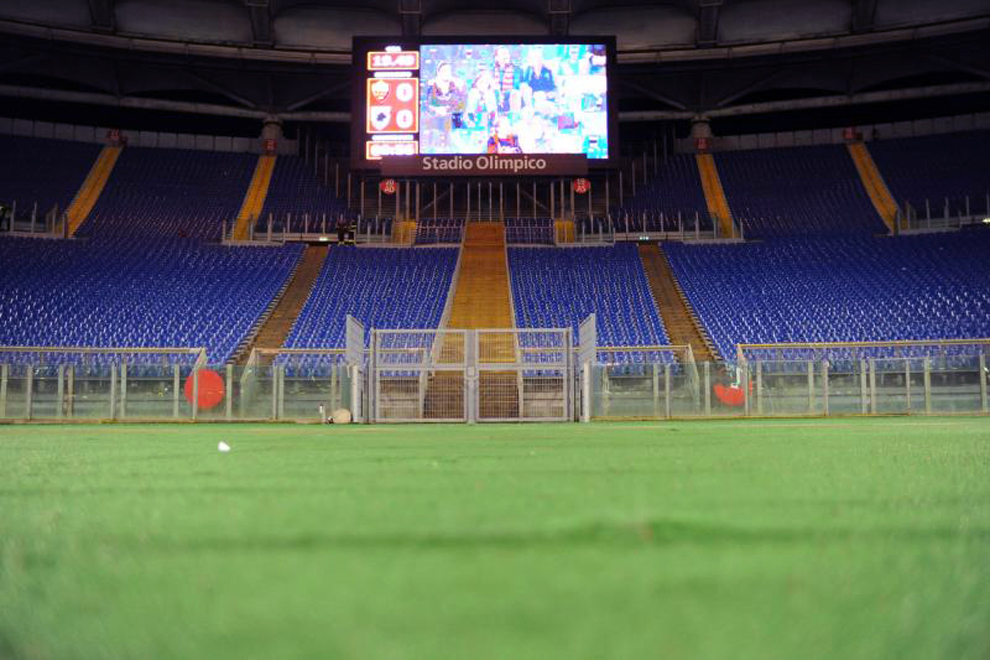 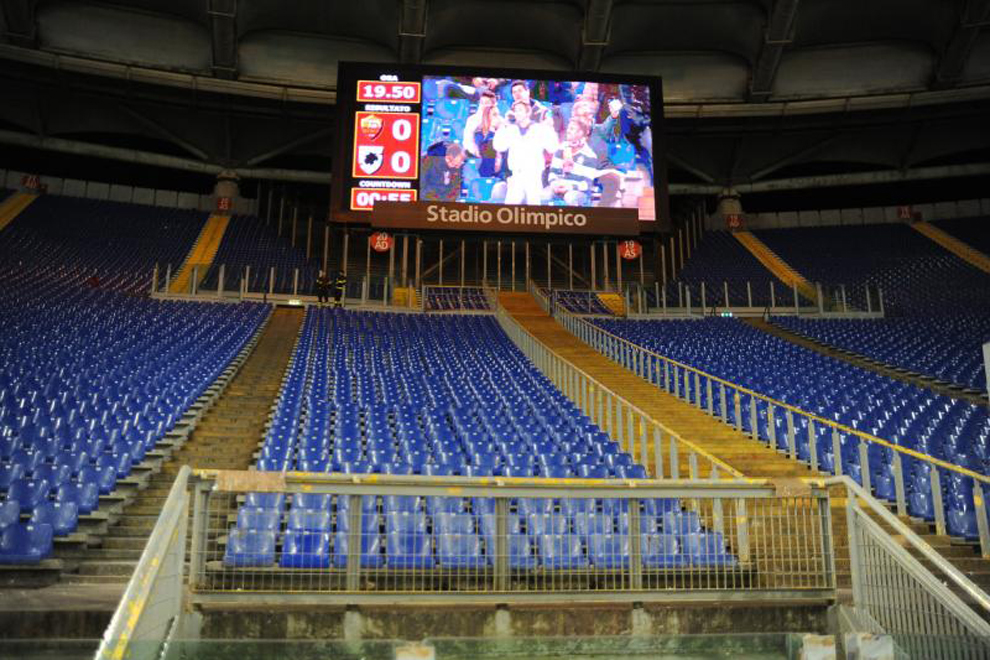 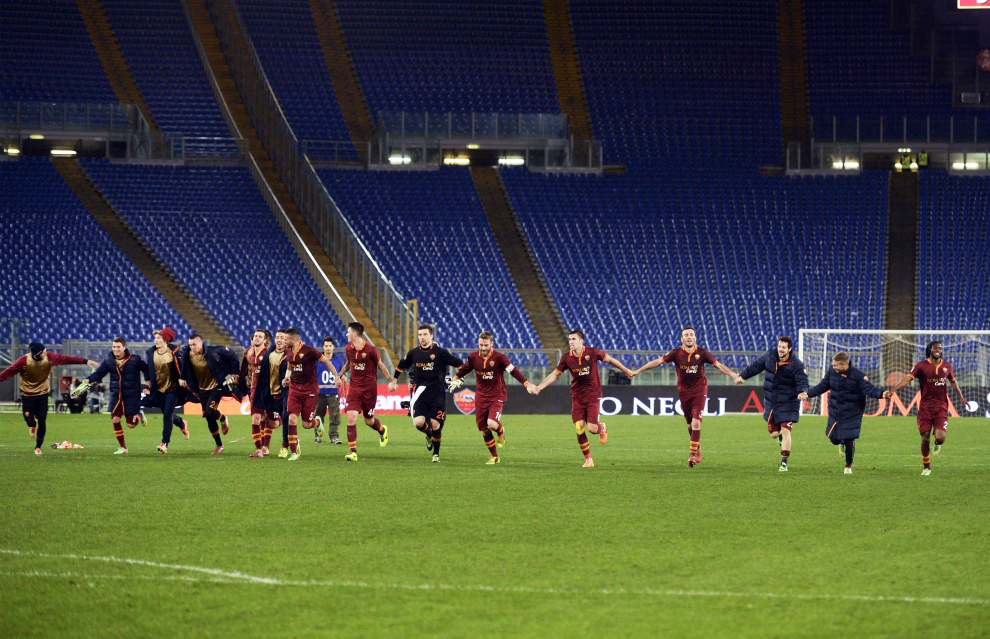 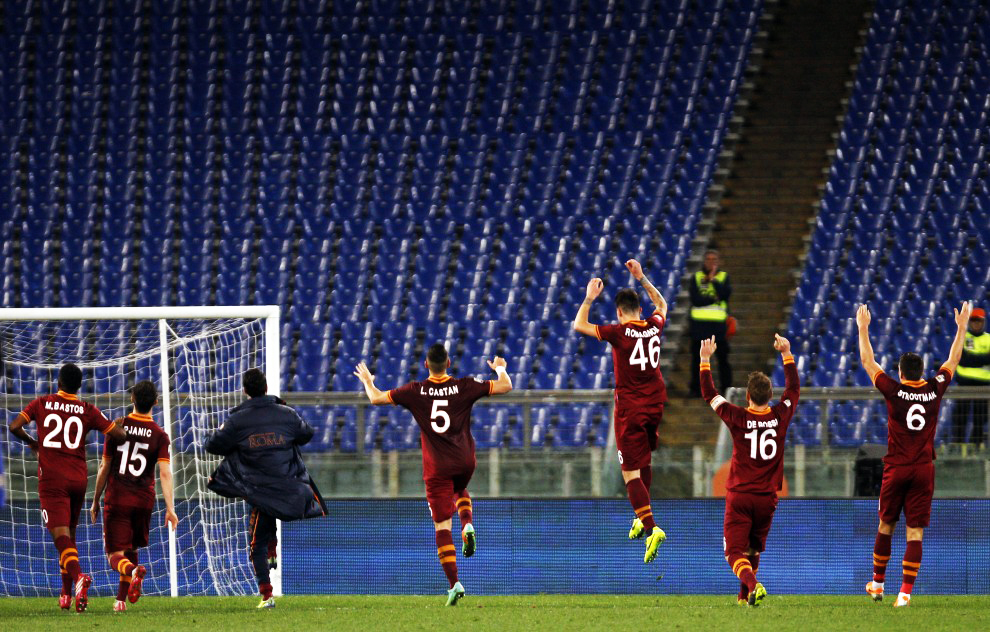 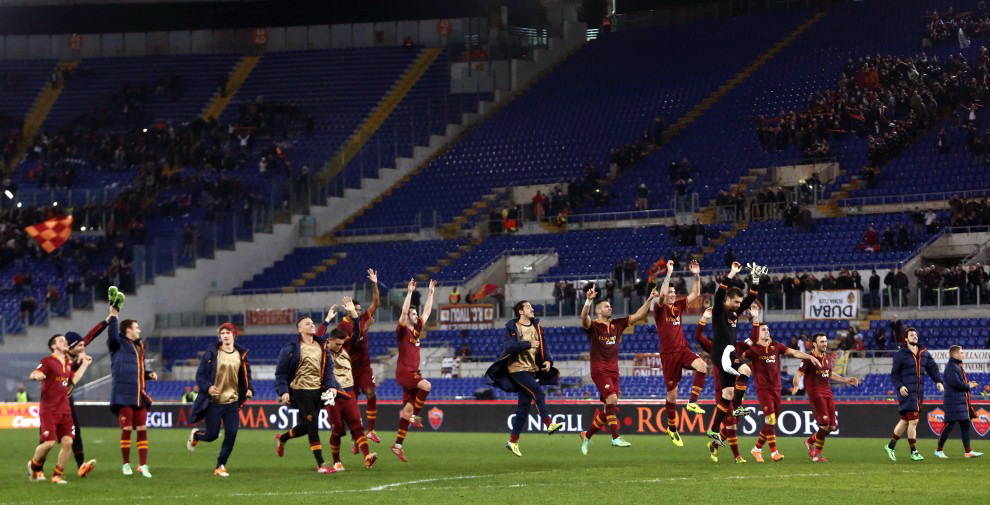