Football Shirts, Strips and Legends A to Z are three individual prints that would look excellent on any football connoisseurs wall. Created by print, illustration and frame specialists 67 Inc., they are designed in retro style very much in the mould of 1960’s trading cards.

Firstly, Football Shirts A to Z: 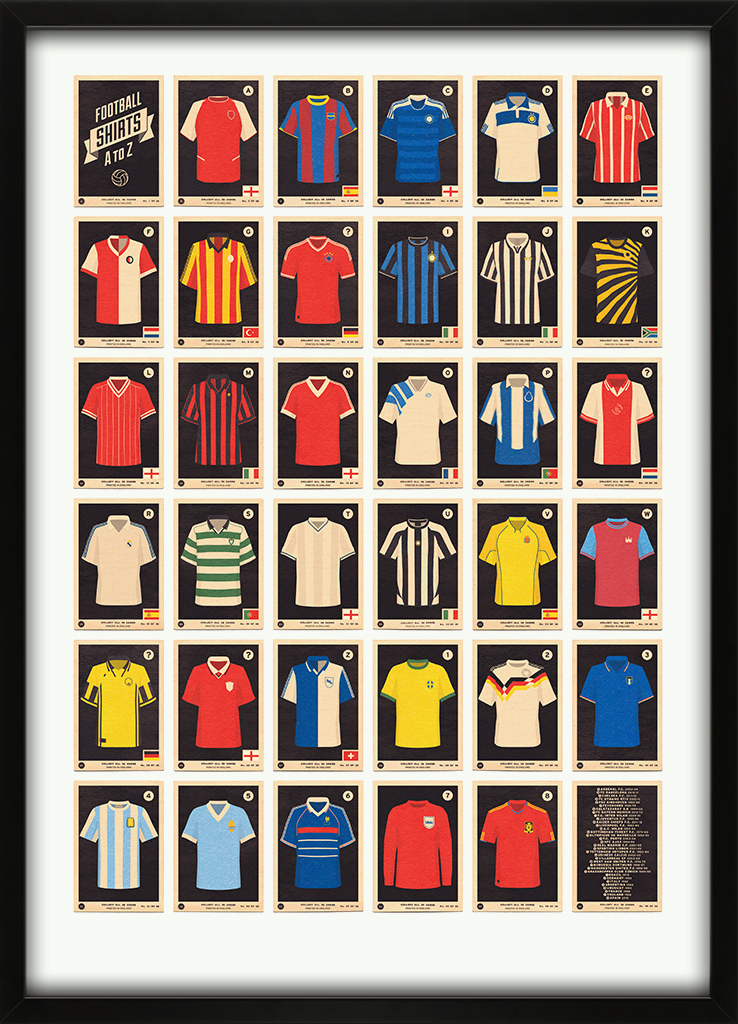 The beautiful game represented as 34 football club and team shirts from around the world in our new illustrated print. In most cases each shirt is a version of the club or teams greatest season or year, as always this is our opinion (our print, our rules). From Arsenal to Spain with many in between we have picked teams based on their European and World cup success (with a few thrown in because we liked the shirts). The A to Z cards are National sides and the number cards are International teams in order of the World Cups they have won.
Massive amen to that. 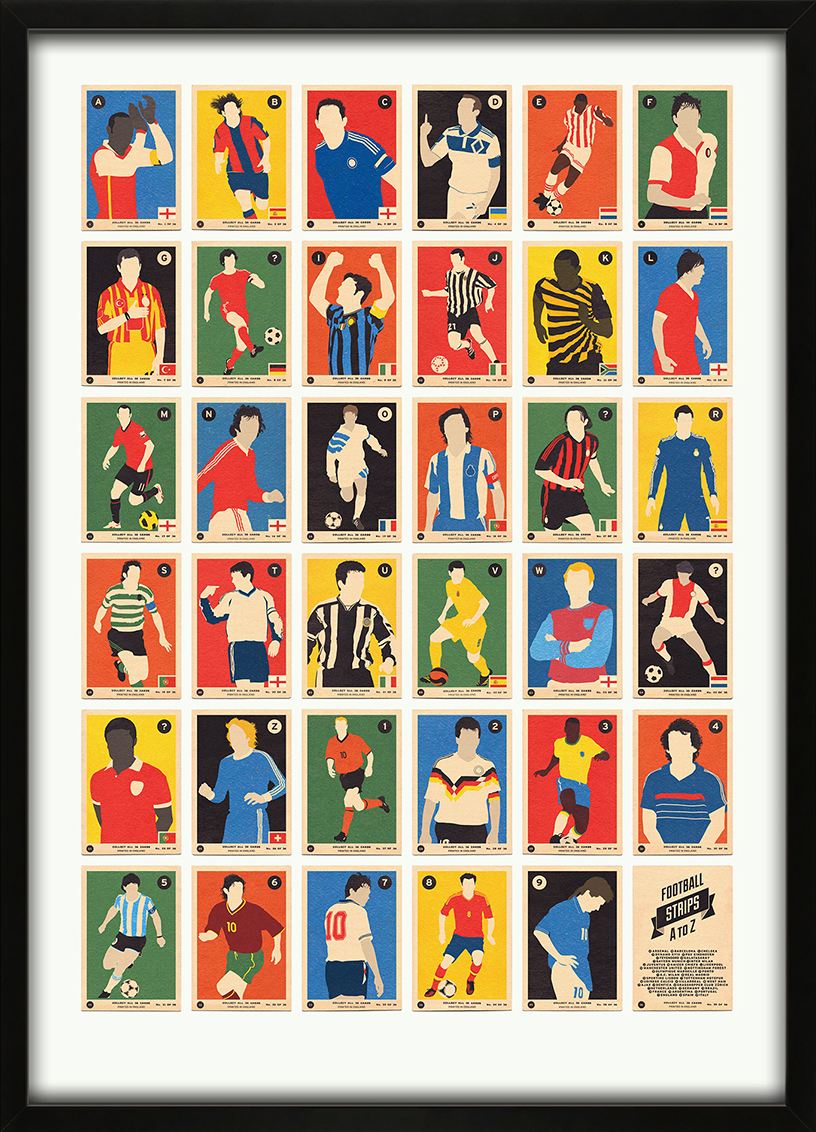 Partnering our ‘Football Legends’ print we now have ‘Football Strips A to Z’, 35 strips from around the world. There are some obscure ones, some don’t even have letters as a clue, but the addition of country flags helps to narrow down the choices. For double points you can guess the player as well, we are not saying these are the greatest players from the clubs/teams, they are just some of our favourites.

National strips are depicted as the A to Z cards and International kits are the numbered cards. Designed in the style of 1960’s trading cards and as always the answers are on the last card. 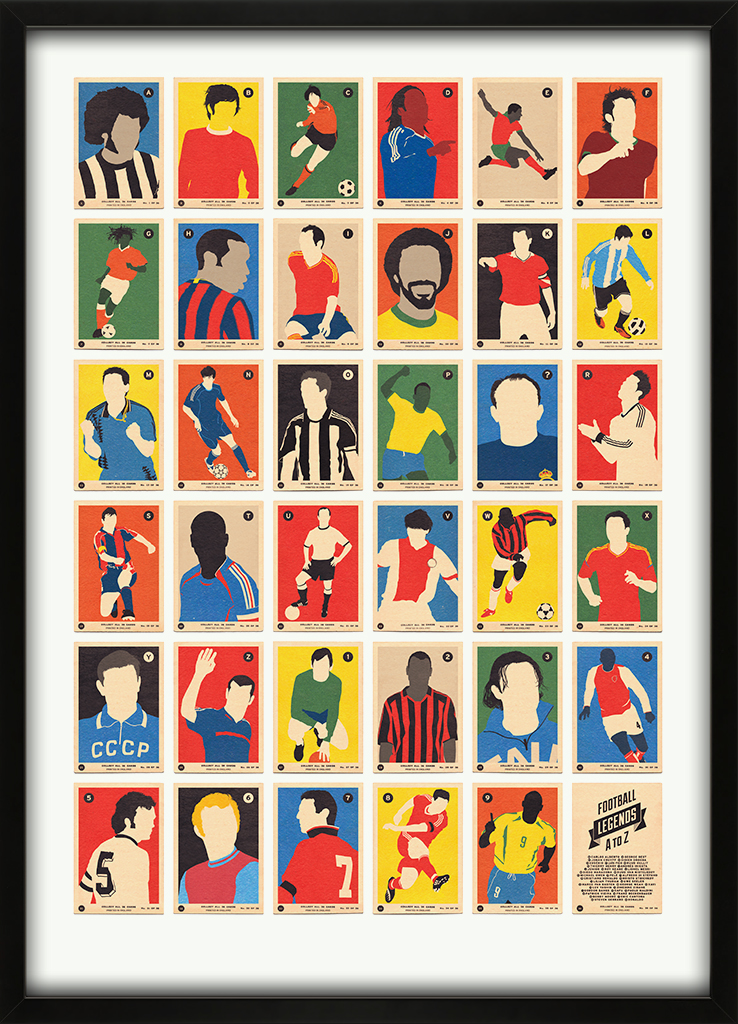 Collecting football cards was huge when we were kids, now you have the opportunity to get them all in one go and not have the annoying missing one or two! We came up with our list of the 35 greatest players of all time (this took a while, with many arguments) and have presented them as an A2 Alphanumeric / Alphabet print in the style of 1960’s trading cards. You may not agree with all of them, some letters were tricky and we have tried to have a range of teams throughout the print so some players may not be in their most obvious kits.

The players are shown in a combination of ‘International’ and ‘Home’ kits just to make guessing them a little more difficult. For the number cards we picked the player that we felt best represented that shirt number/position. Finally the last card has all the answers.