This is the new match ball which will be used during the 2015/16 Serie A season. The new white/pink Nike Ordem Serie A 2015/2016 Official Match Ball, to give it its full name, introduces a striking design set to be used for the new Serie A campaign.

The pink will certainly stand out on the pitch, not to mention giving a seriously unfair advantage to Palermo, who will now be able to carry it under their arms unnoticed until they boot it in the net. Wonderful. For Palermo, at least.

The Nike Ordem ball is part of a new trio of balls which form the official balls of Serie A, La Liga and the Premier League, as you can see below. Its a nice design for a new match ball, but I’m still trying to figure out why Serie A got landed with the pink version…

“Nike Football’s pinnacle proprietary aerodynamic technology, Nike Aerowtrac grooves, designed to provide an accurate and stable flight by helping ensure a steady flow of air across the ball no matter what speed it is moving at.

A geometric 12-panel design enhances the Ordem 3’s flight, whilst pressure is distributed evenly across the ball. The result is a consistent, accurate and powerful feel, with the first touch optimized by a fuse-welded synthetic leather casing.” 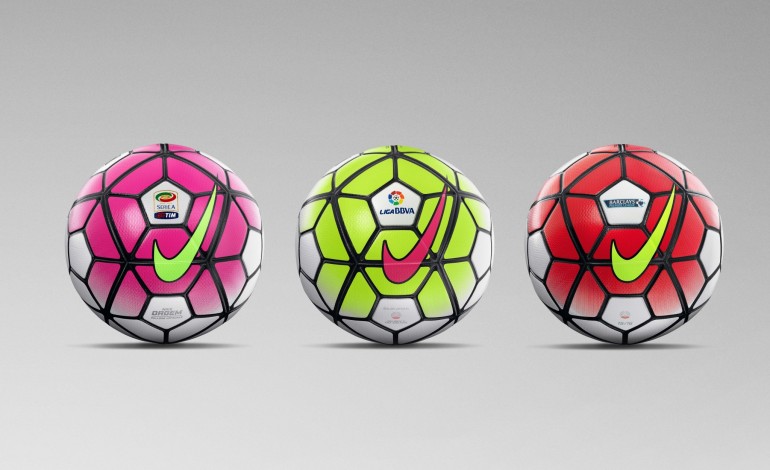