A rather cool interactive infographic that compares the best football leages in the world. Follow this link to see it in full. You can even cast your vote from the options of  Serie A, La Liga, Bundesliga or the Premier League. 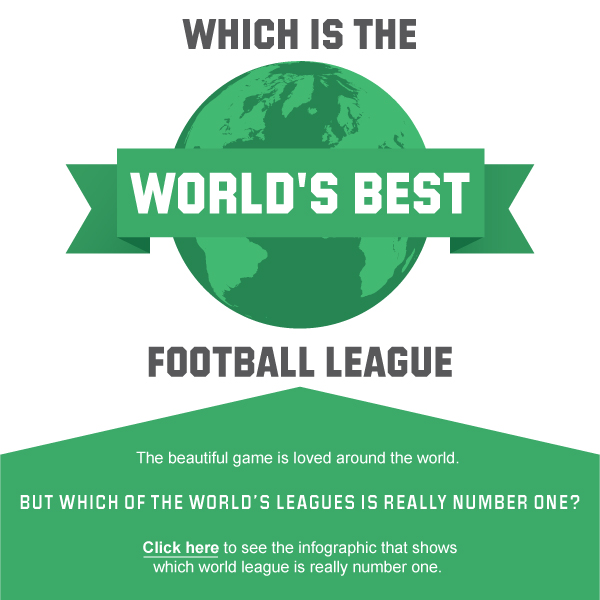 Patriotic pride often leads football fans to believe that their home country’s domestic league is the best in the world. But which league can really lay claim to such an illustrious, and highly debated, title?

Italy’s Serie A was said to rule the roost in the ‘90s, while La Liga of Spain and the Premier League in England have been the key contenders in the new millennium. But with Germany’s Bundesliga providing both finalists in last season’s Champions League final, we thought the time was right to try to put the record straight.

Which league wins? You decide…