Offside is a Swedish football magazine first started in March 2000. Published six times a year, it has an average circulation of 18,400 (mid-2005). Each issue is roughly 130 pages.

The design is quite smart. The first thing which caught my eye was the masthead, which appears to be from the font family Berthold City, as its quite striking and instantly recognizable. Good cover design too, not too complicated yet good use of imagery, while the inside spreads really stand out and have lots of thought and creativity put into them.

More on the magazine from Wiki:

The coverage of the articles include the whole world – from a Flamengo match in Bolivia, to the 2010 FIFA World Cup in South Africa, to the lower divisions of Swedish football and to the fan culture around FC St. Pauli – and people that are or have written for Offside include Simon Kuper, Phil Ball, Sid Lowe, Åke Edwardson, Peter Birro and Thomas Bodström.

The two editors of Offside, Mattias Göransson and Tobias Regnell won the Swedish journalist prize Stora Journalistpriset in 2002 “with knowledge, love and feeling for the game, having moved the borders of sport journalism”, and the magazine has been described as “salvation for the ‘intellectual supporter'”.

In 2011 , Offside made an interview with the Swedish footballer Anton Hysén, in which he came out as gay. The interview received much attention in media around the world. 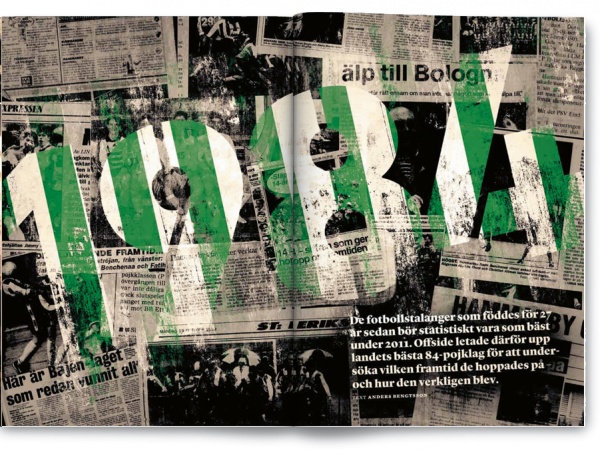 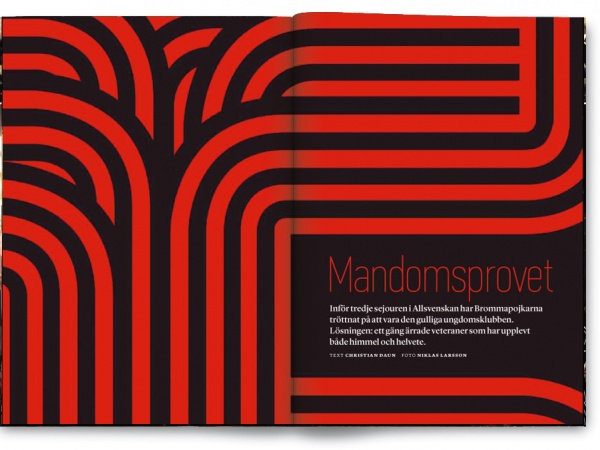 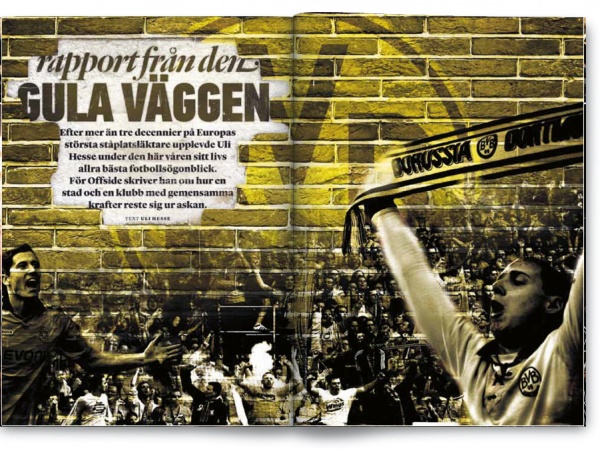 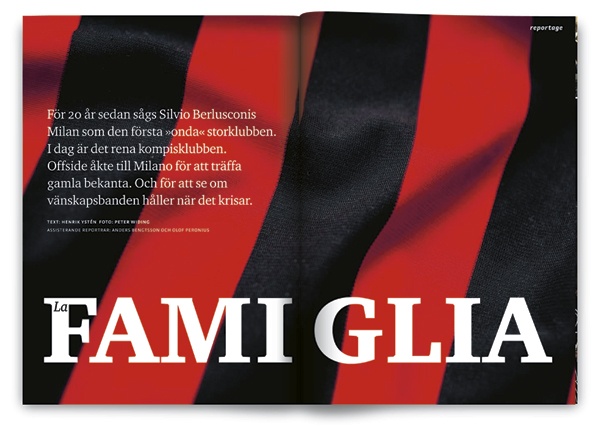 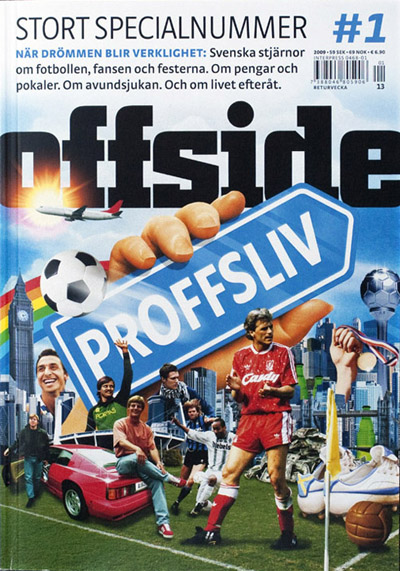 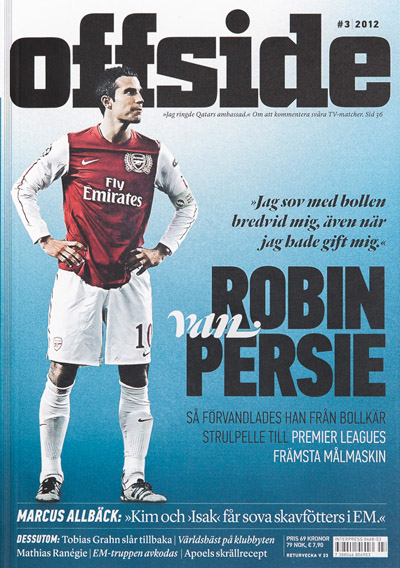 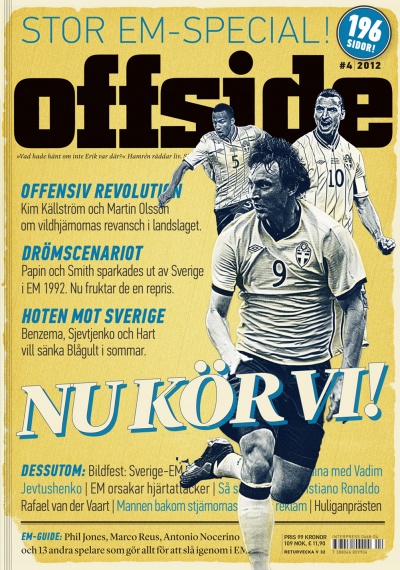 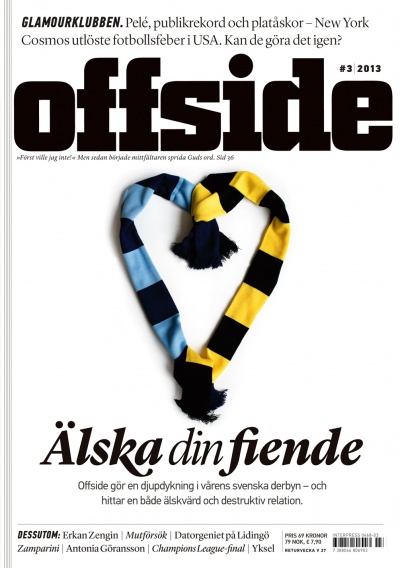 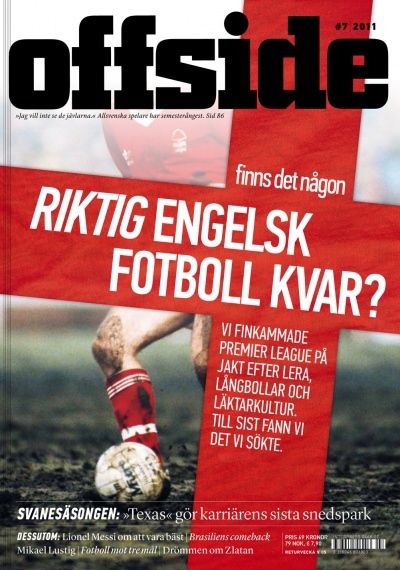 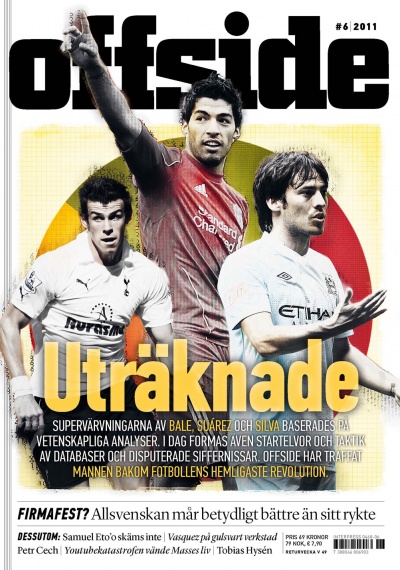 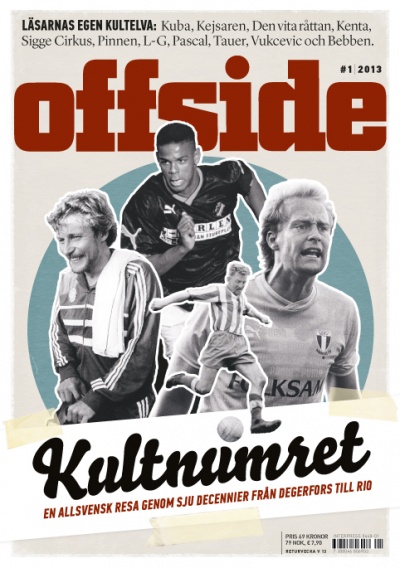 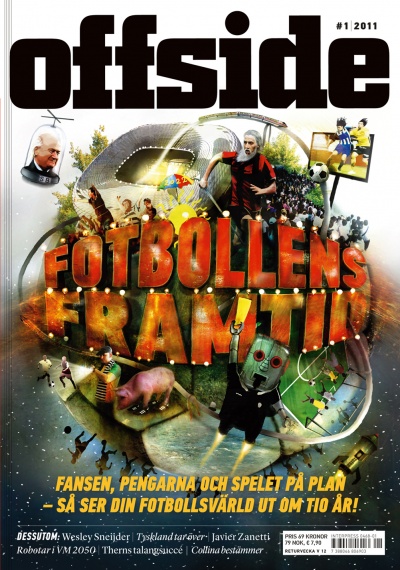 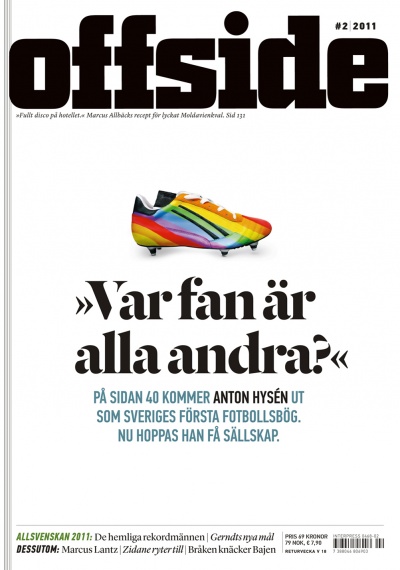