Simone Perrotta retired from football the other day. It wasn’t a grandiose announcement. It wasn’t a media fanfare. In fact, it wasn’t very much of anything at all. A quick, simple radio interview with Tele Radio Stereo in which he spoke candidly and from the heart:

“I definitely won’t stay on at Roma as a player. I don’t think I’ll continue playing at all, in fact, as I’d prefer to end my career as an ex-Roma player rather than the ex of another club. I wanted to finish my playing days with this jersey and I feel it’s the right thing to do. It is possible my story with Roma could continue in a different way. It is only right their project continue moving forward with the players they consider to be valid.”

“As I arrived at Roma quietly, it’s only right that I leave quietly too. Next year will certainly be better, especially as it’s difficult to be worse. The club has plans and will spend money to reinforce the squad, while the Coach seems a good person who won in France and can have success here. The real regret is my last game, which shouldn’t have ended that way and it’s a painful disappointment I will probably never get over. That’s not how it was supposed to end.”

Perrotta’s future at the club was very much up in the air. Despite making his way back into the Roma first team under caretaker manager Aurelio Andreazzoli toward the end of the season, the arrival of new manager Rudi Garcia has signaled the end of his Roma career.

In the days when kids are idolising over players like Neymar, Cristiano Ronaldo and Mario Balotelli, players of Perrotta’s ilk go about largely unnoticed. Which is the way he operated on the football field, too. Just like defensive midfielders who’s efforts aren’t always recognised, Perrotta was one of these rare breed of ‘box-to-box’ midfielders who ran his socks off and offered profondita, making lung-busting runs to attack the space and in so doing creating the space for others work in. All teams need players like him, yet not all teams get players like him who go about their job with total commitment and professionalism, 100% of the time.

Simone Perrotta isn’t a Roman. Ha, he isn’t even an Italian – that is to say, at least if you were to listen to the commentary in one of the many times he faced English opposition, were they would duly remind you he was in fact born in Ashton-under-Lyne, greater Manchester (they even dedicated a statue to him). He was born there as his parents moved for work, before moving back home and being raised a Calabrese. Yet from the time Simone Perrotta joined Roma, he knew what it meant to put on that jersey, and he played like a romanist. Pure heart, passion, sweat and tears.

Here is a new poster and wallpaper dedicated to Perrotta. Wallpaper size is, as always, 2560 x 1440. Poster size is 1000 x 1400 pixels @ 100 DPI (this is also available in high-resolution, contact me for details). Click on the images below to get a bigger preview. 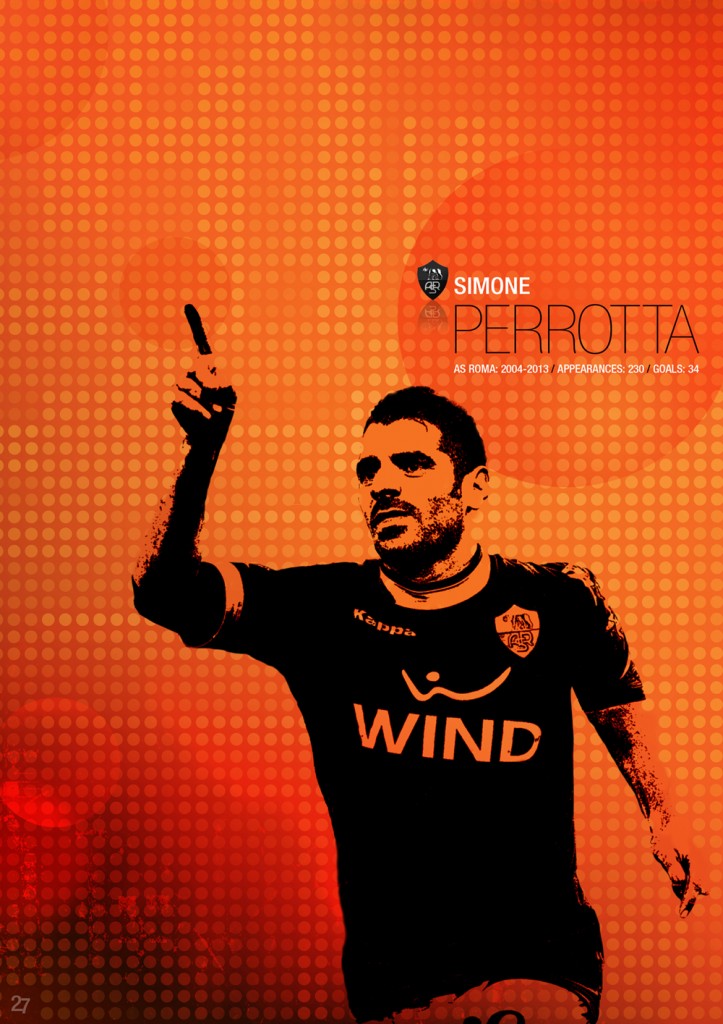 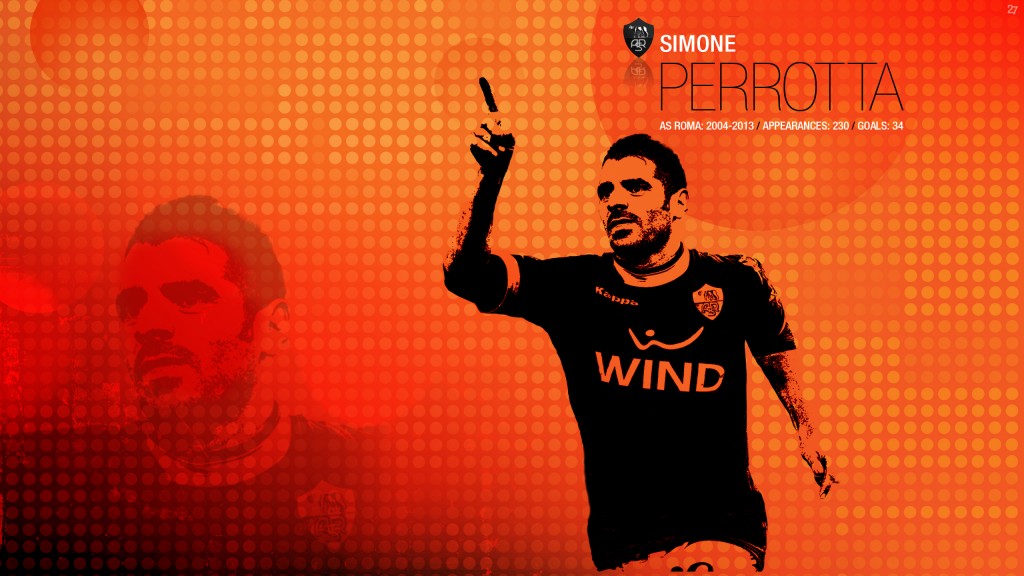 Great Perrotta tribute video from the fantastic @Ermes79channel. We had some great memories with this man. Grazie, Simone.