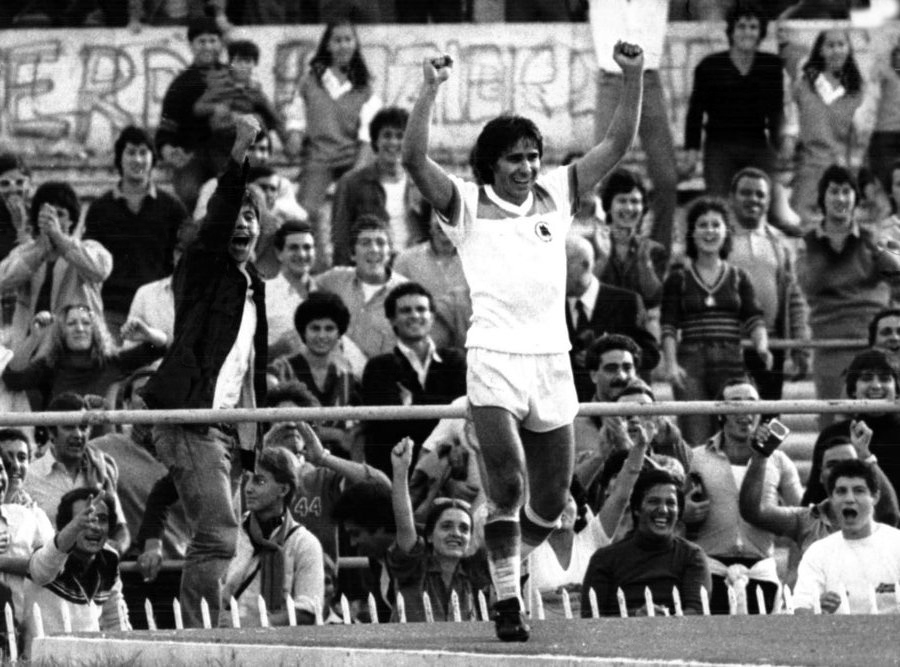 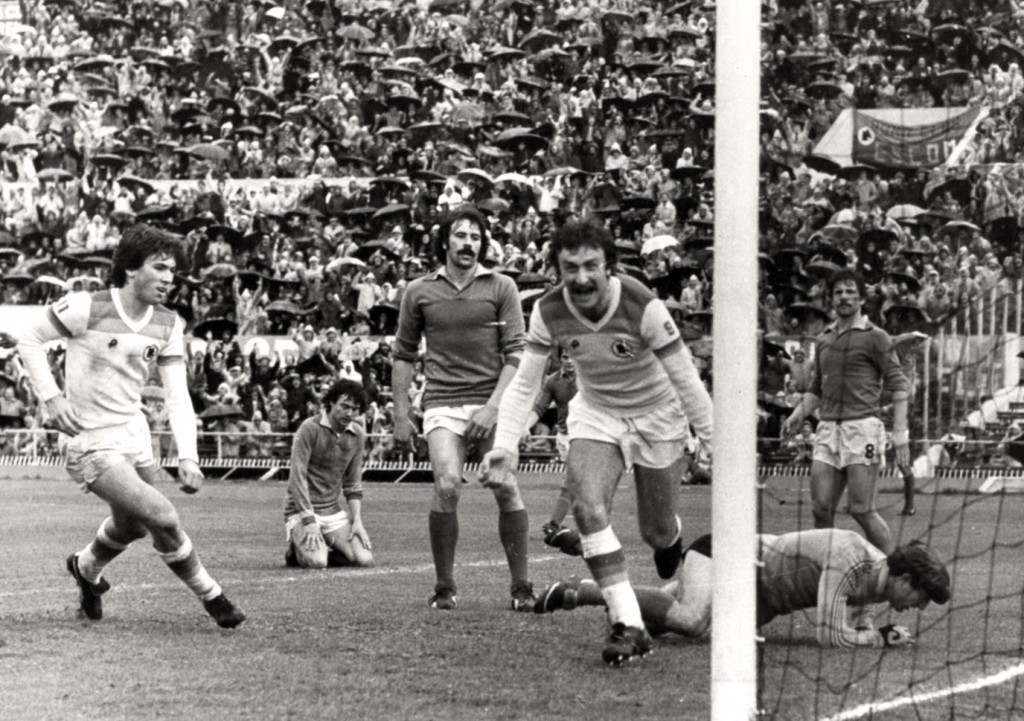 Pruzzogol. Roberto Pruzzo scoring against Catanzaro. Also in the picture is Carlo Ancelotti 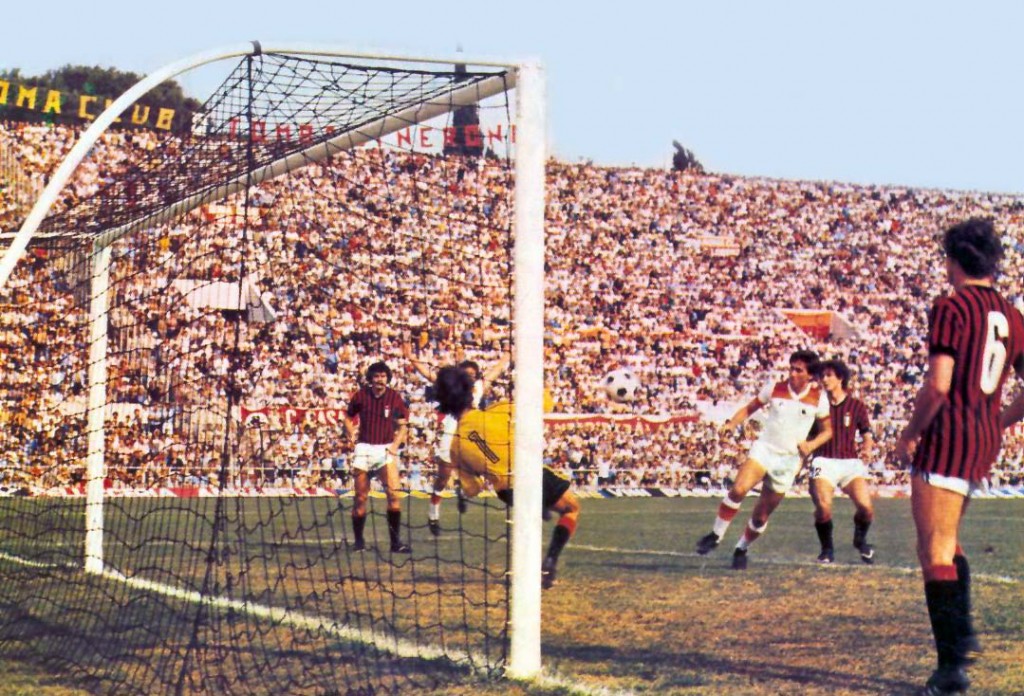 Carlo Ancelotti making his Roma debut (in Serie A) on the opening day of the season against Milan. Here he comes close to scoring (it finished 0-0), with Roberto Pruzzo already celebrating in the background 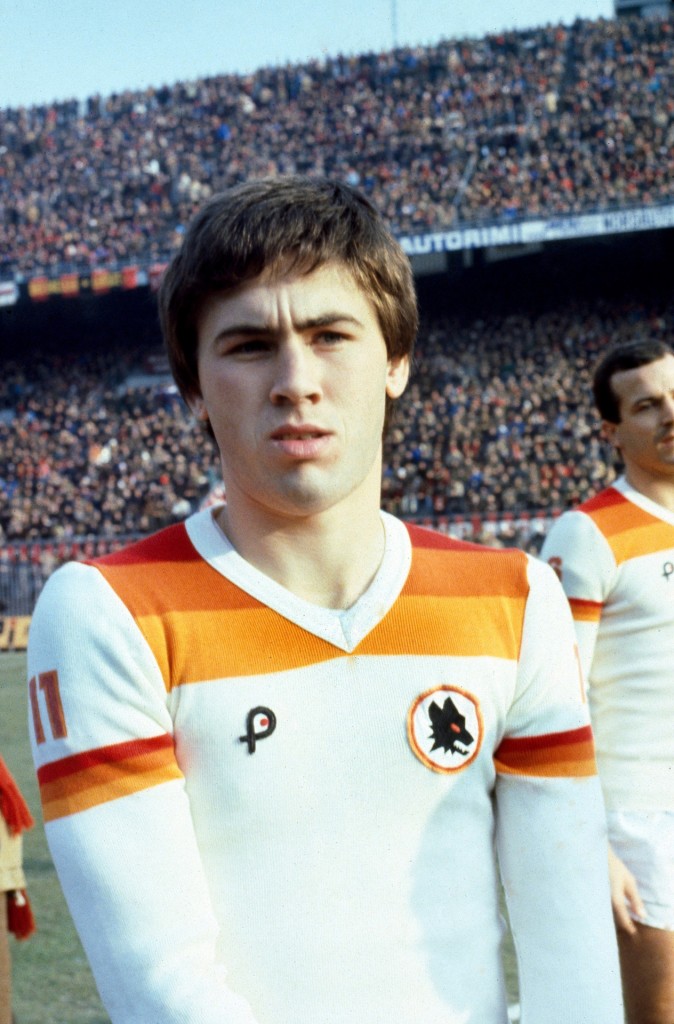 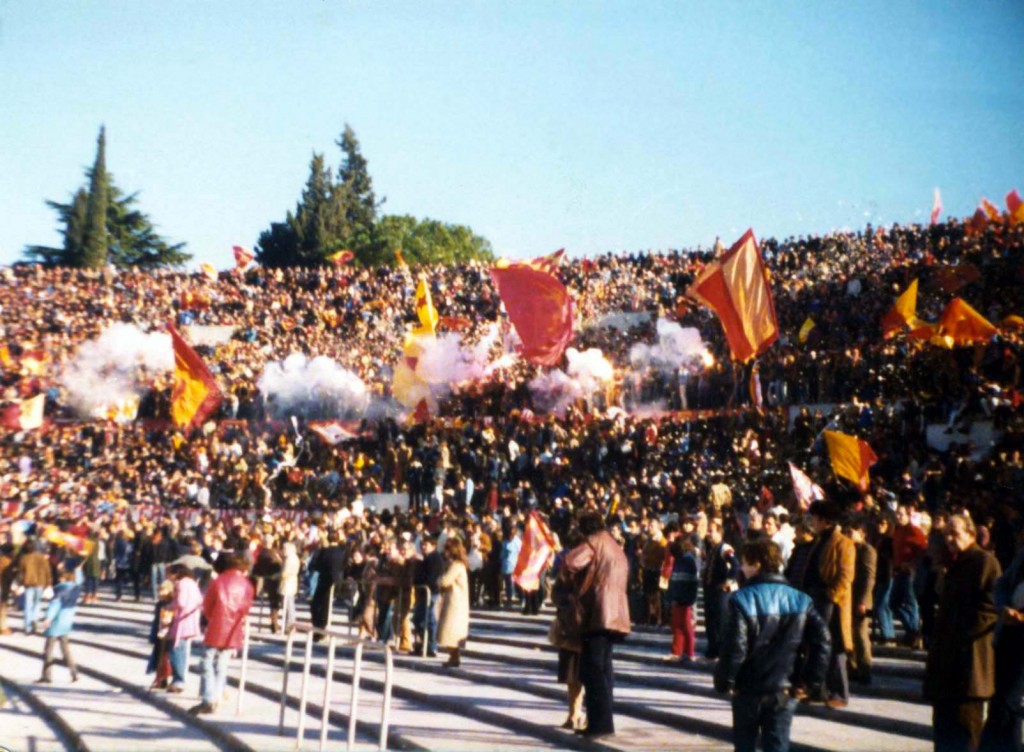 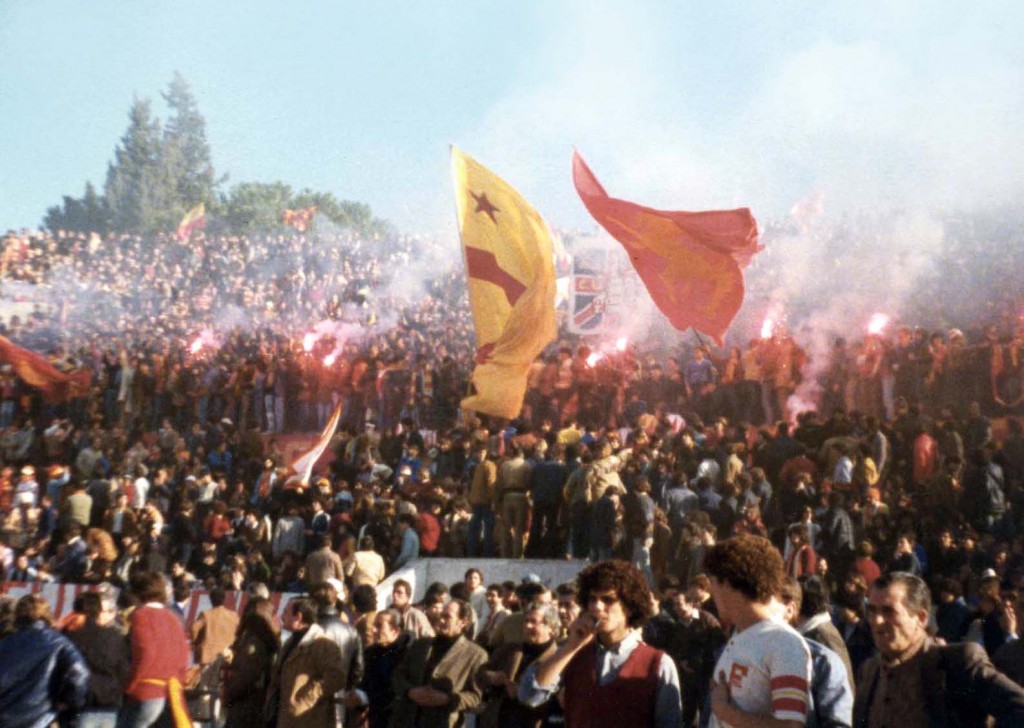 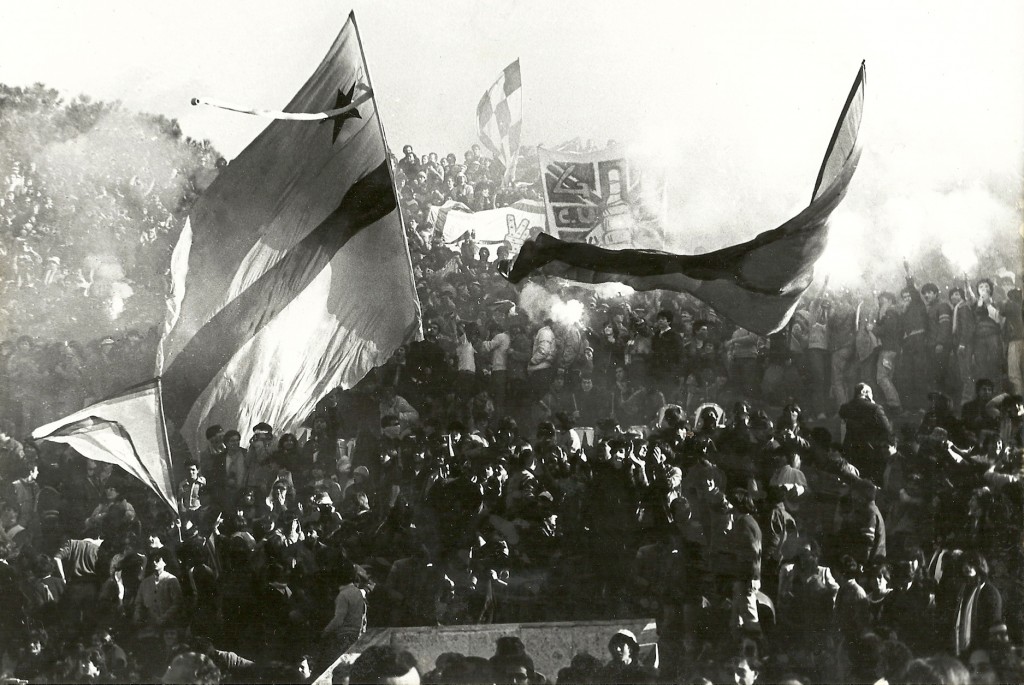 Black and white shot of the Curva Sud. Flying toilet role was quite popular in those days 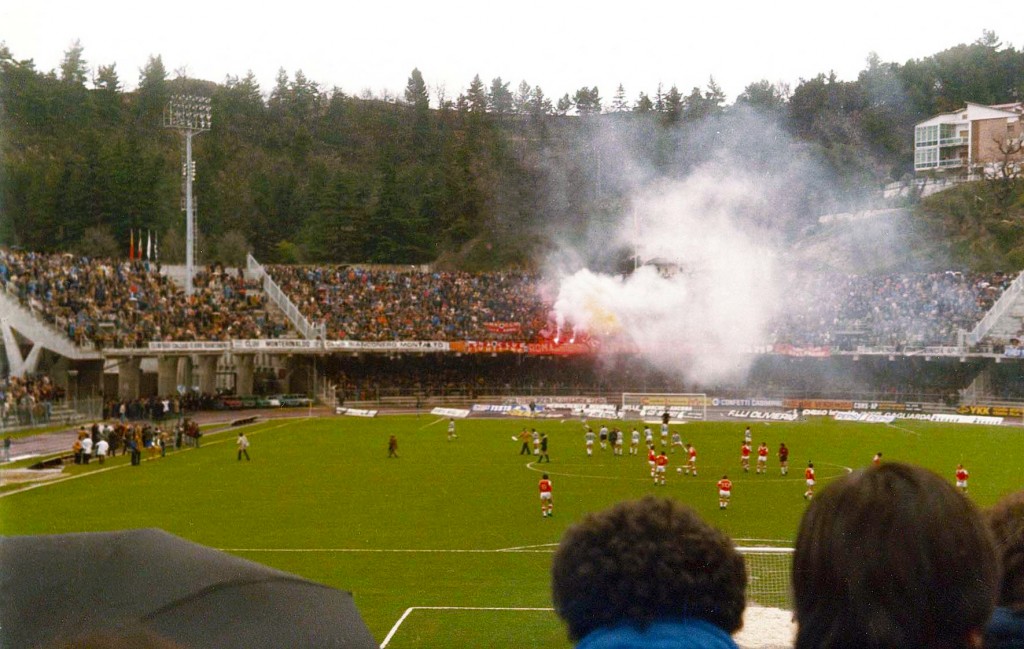 Roma tifosi away at Ascoli 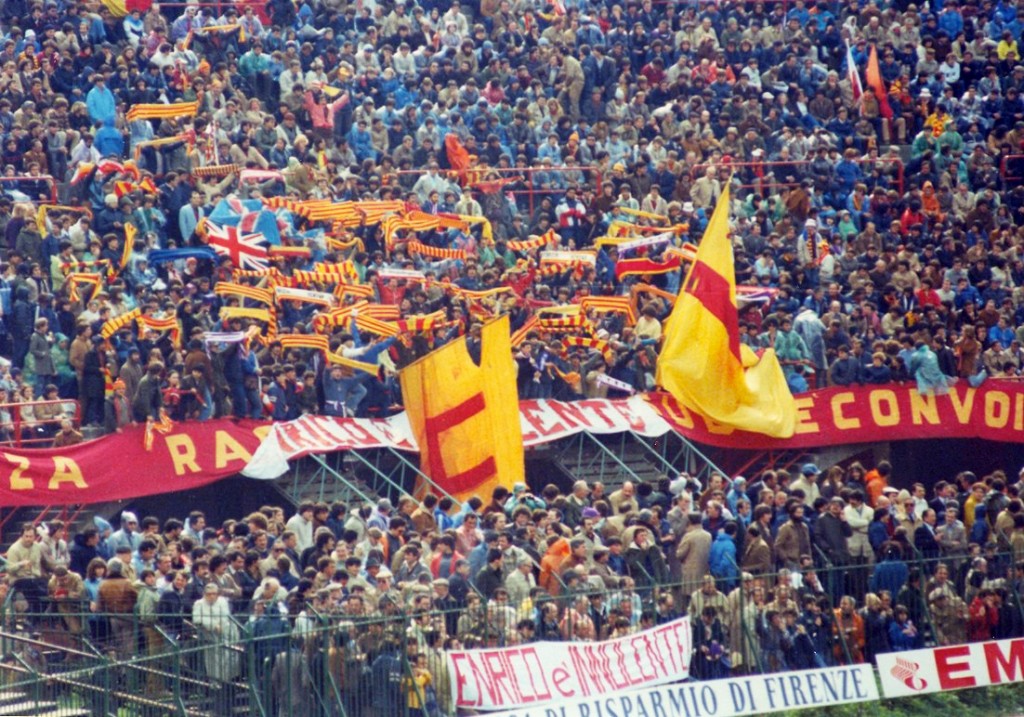 Tifosi away at Fiorentina 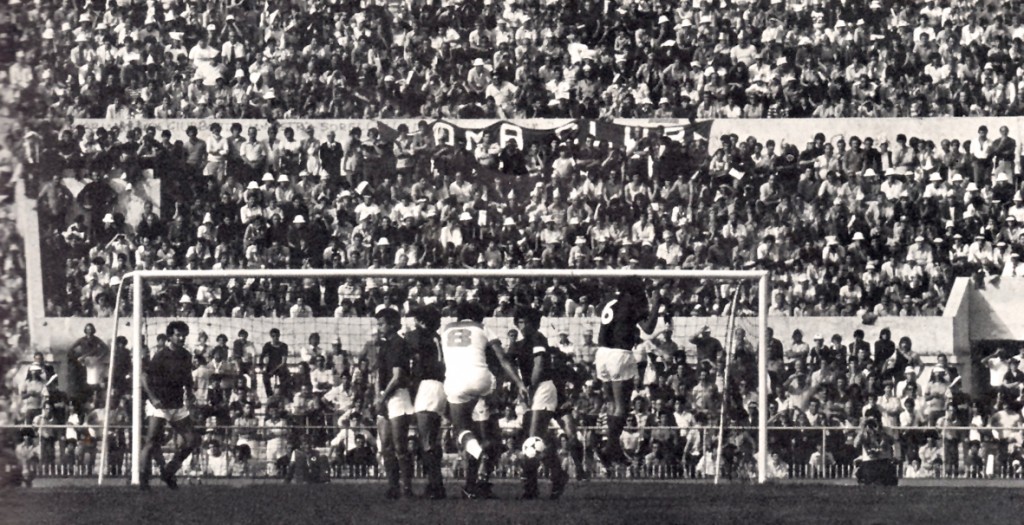 Away at Bologna Di Bartolomei strikes a free-kick

Fiorentina fans in the Stadio Olimpico 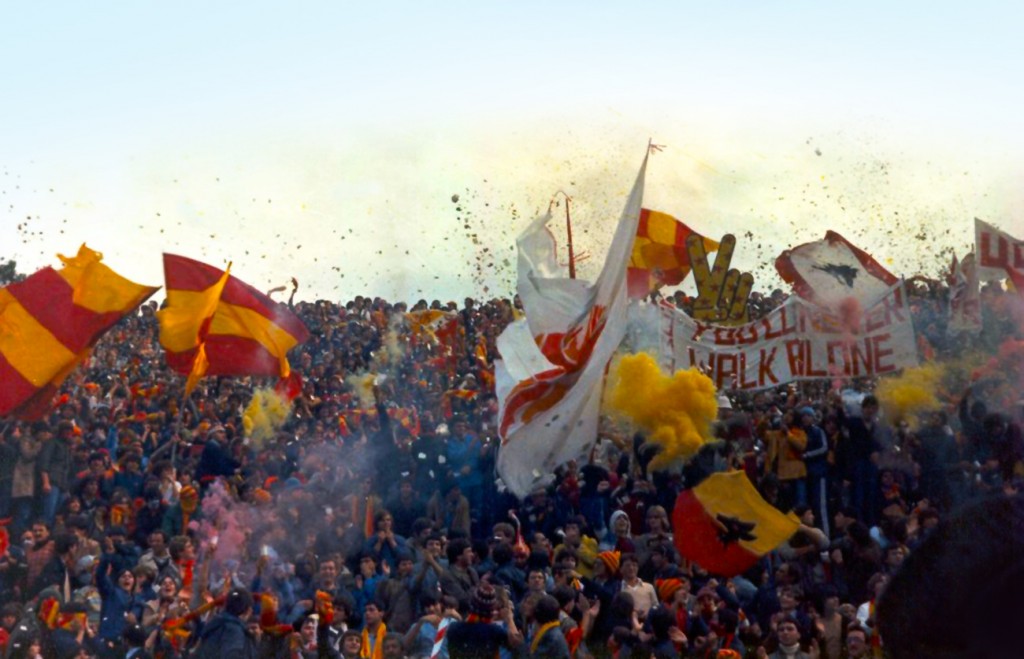 The Curva Sud for what came to be known as ‘Derby Paparelli’ – when Lazio fan Vincenzo Paparelli tragically died after being hit by a flare fired from the opposite end of the stadium (Note the “you’ll never walk alone” banner. You’ll never seen one like it again after 1984) 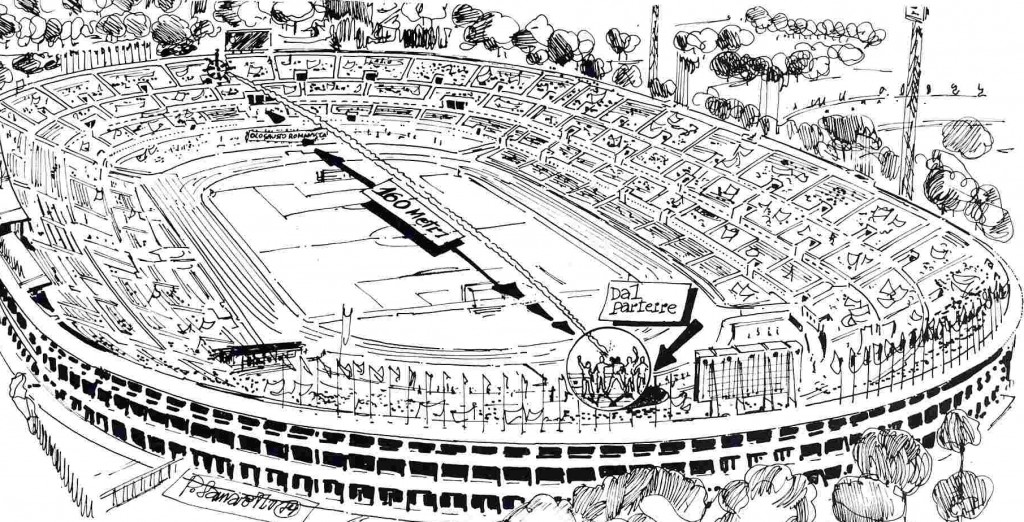 A drawing from the aftermath of  ‘Derby Paparelli’, when a flare struck Lazio fan Vincenzo Paparelli in the Curva Nord 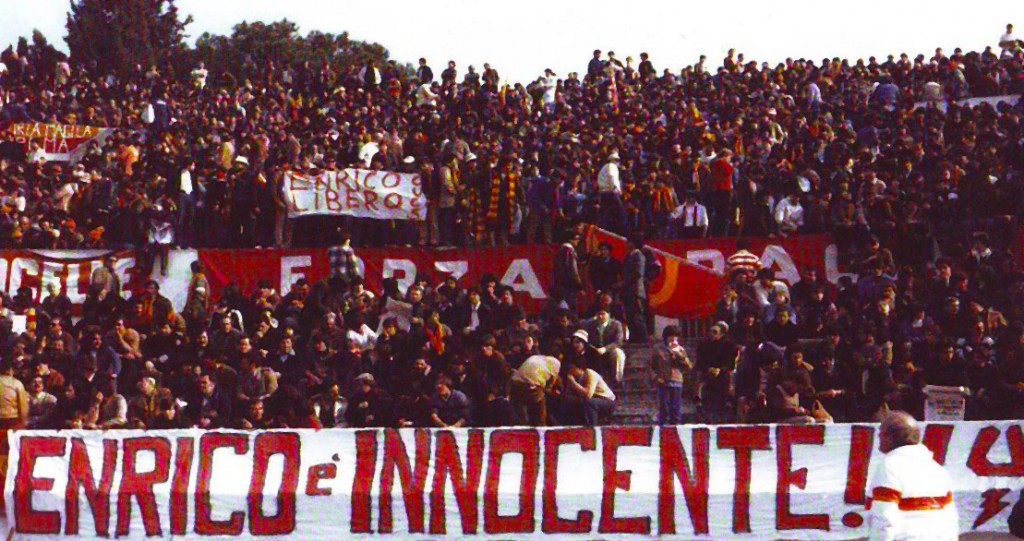 The Curva Sud with banner ‘Enrico is innocent’, protesting against the arrest of fan Enrico Marcioni for firing the flare during ‘Derby Paparelli’ 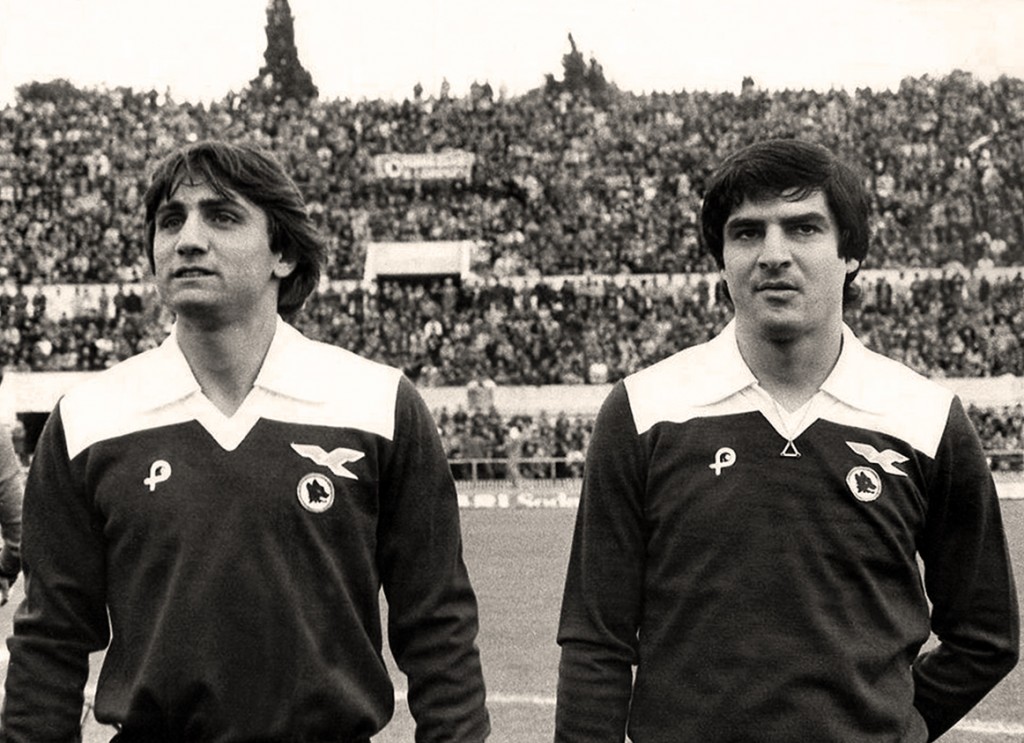 Lazio’s Bruno Giordano and Ago wearing the same commemorative jersey, 20 days after ‘Derby Paparelli’ (see above), in a friendly game in honour of Vincenzo Paparelli. The two mixed teams were ‘Romans’ v ‘Rest of Italy’ (for more info see here) 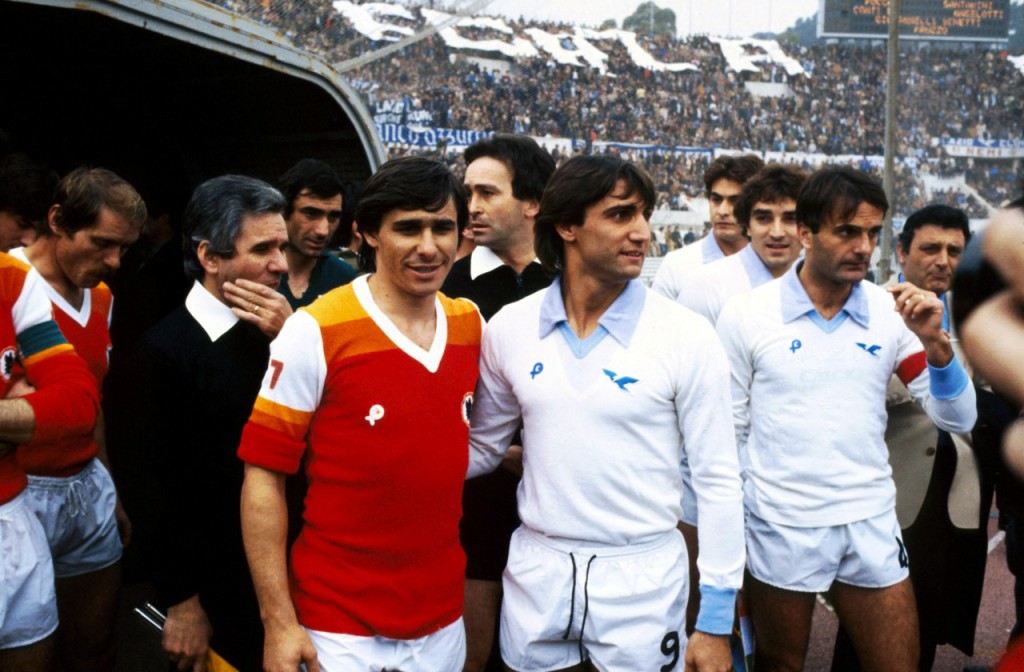 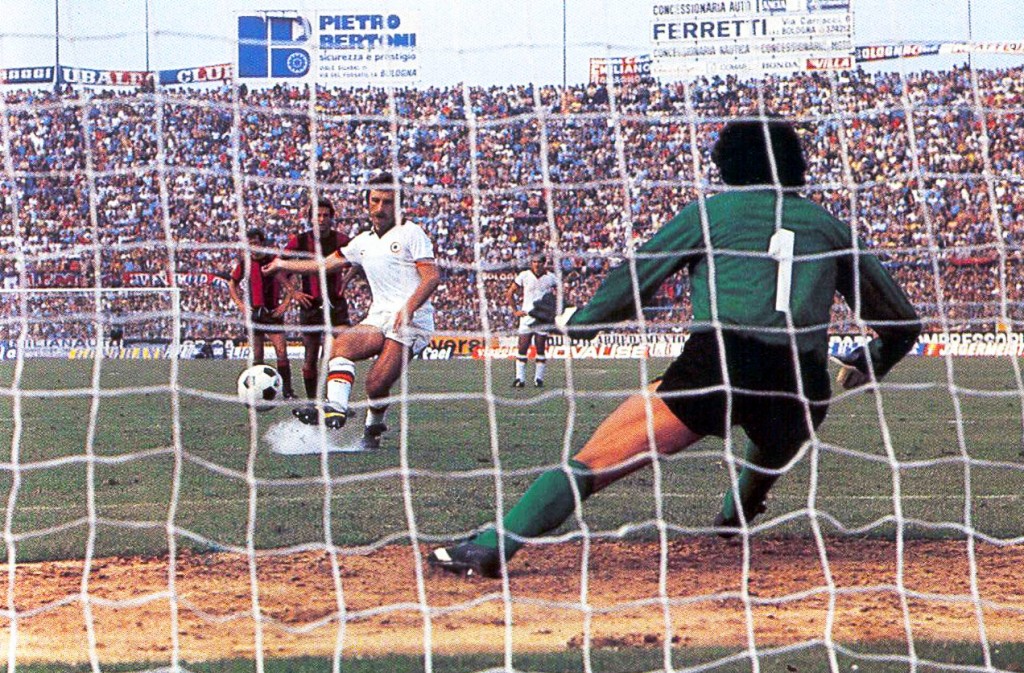 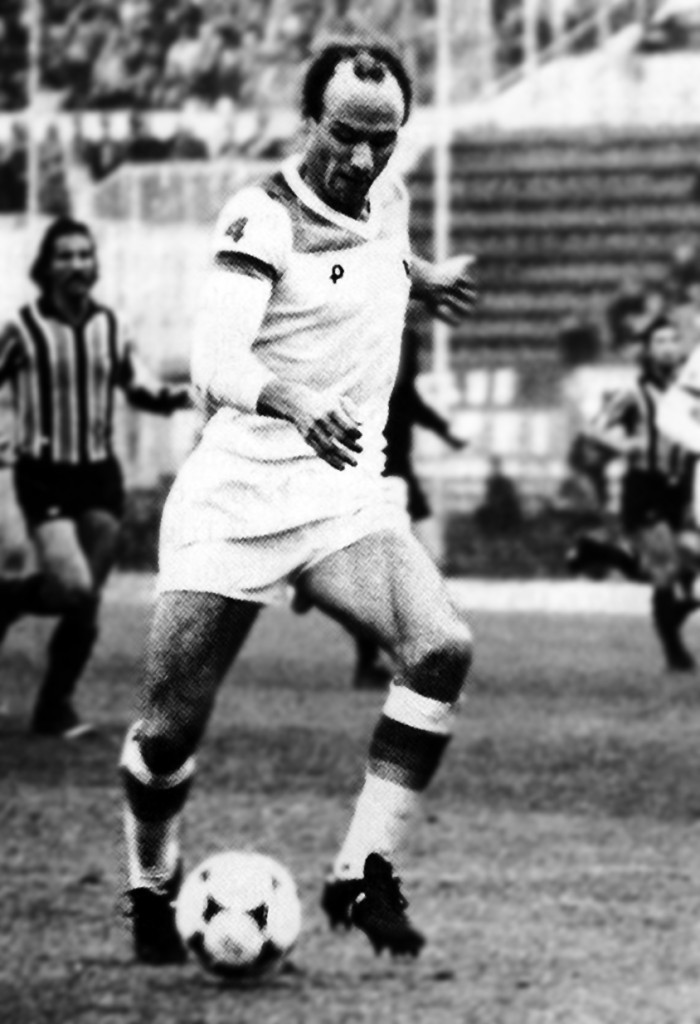 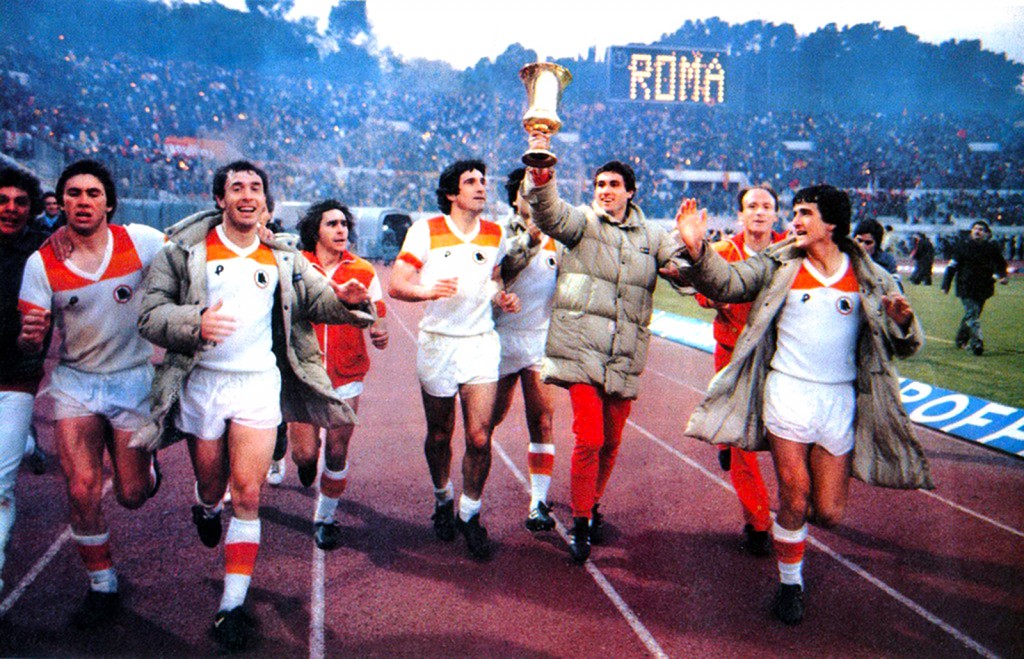 The season ended in success for Roma, claiming the Coppa Italia after beating Torino on penalties 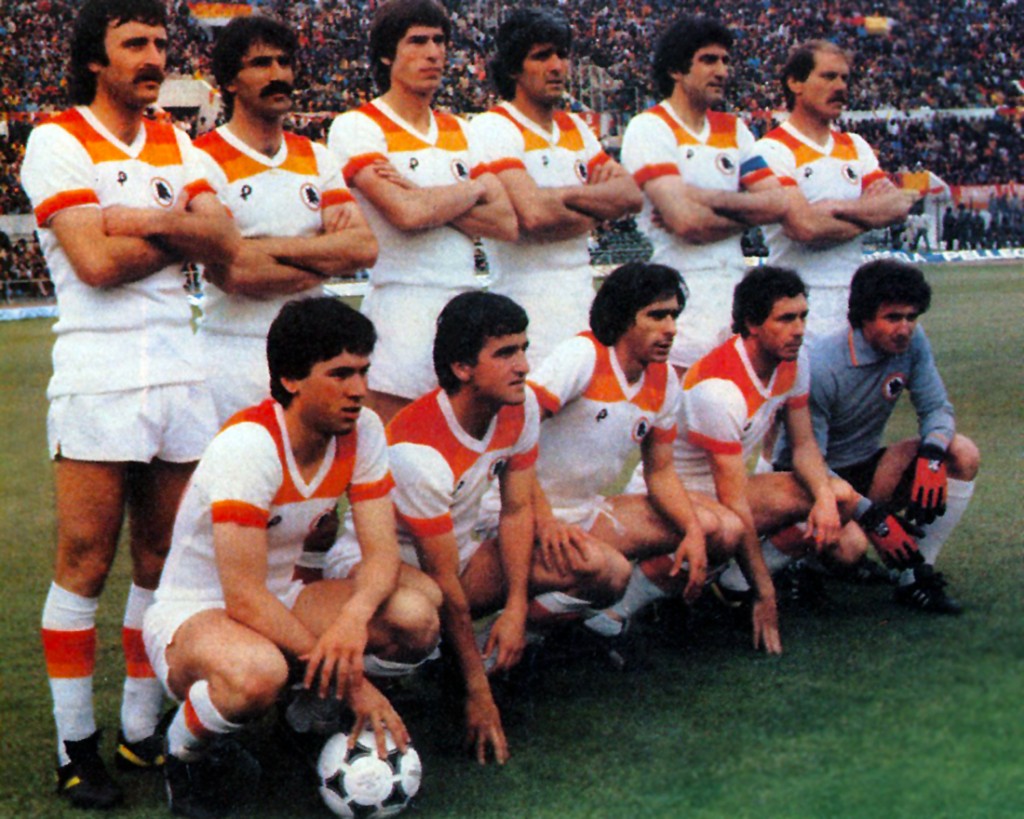 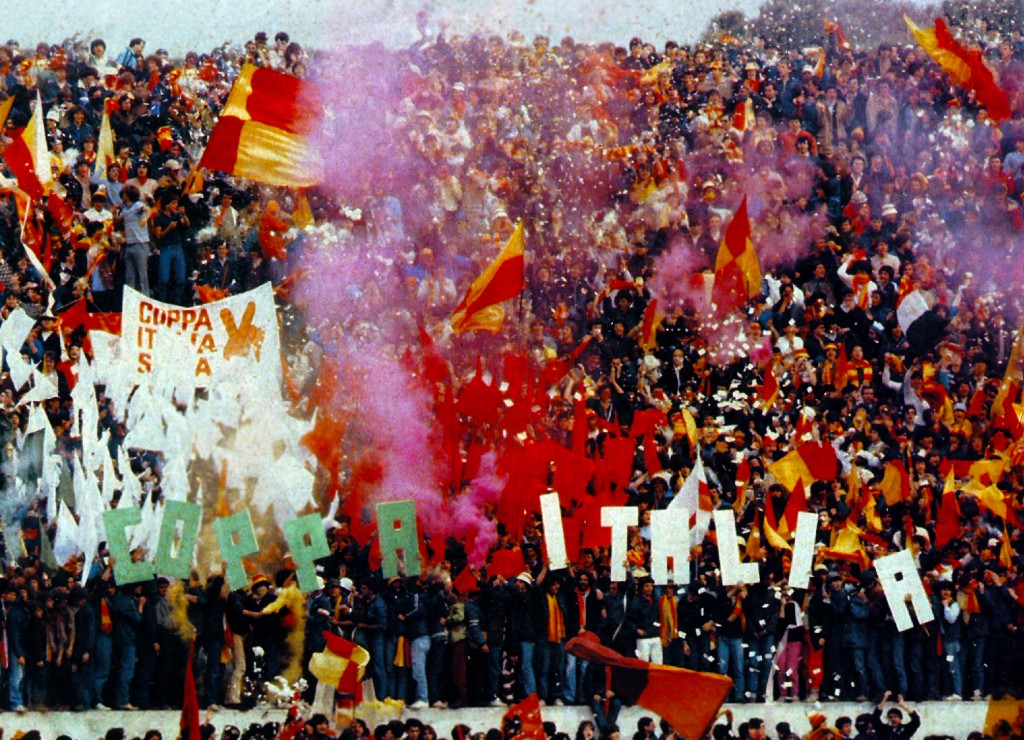 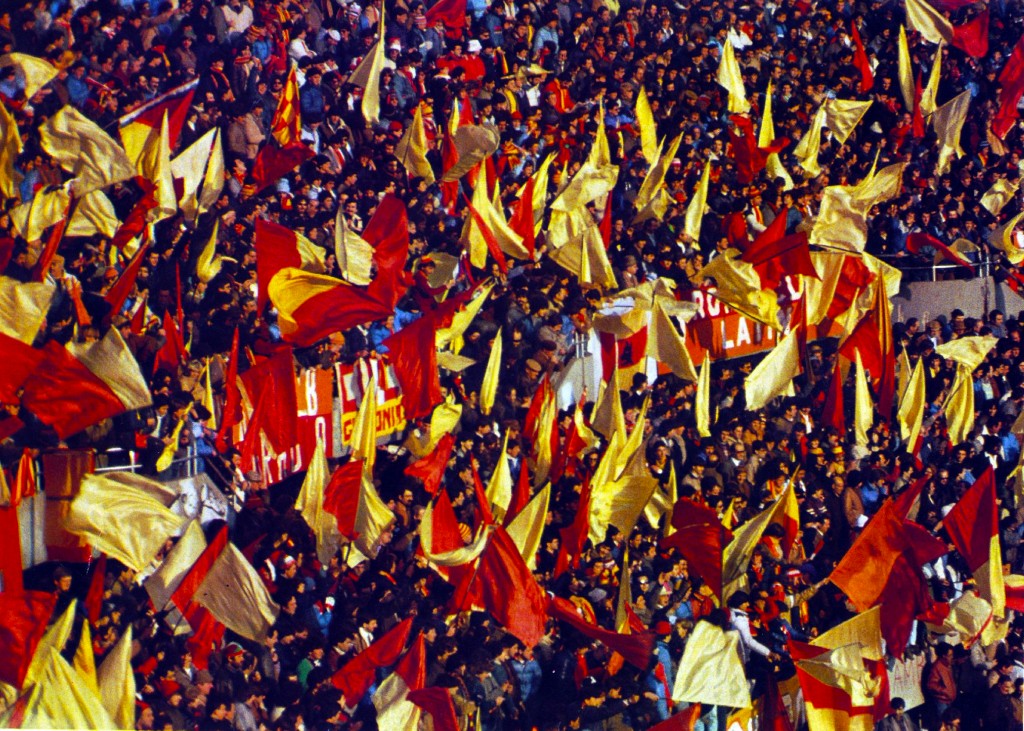 The colour of the Curva after Coppa victory

One Match a Day

Maradona at Napoli – in high definition