Vintage Photo Collection is a series of classic historical vintage photos of AS Roma. The photos have all been digitally retouched and, in most cases, are high-resolution, or at least quite large file size.

Plus other various sources, listed as appropriate. 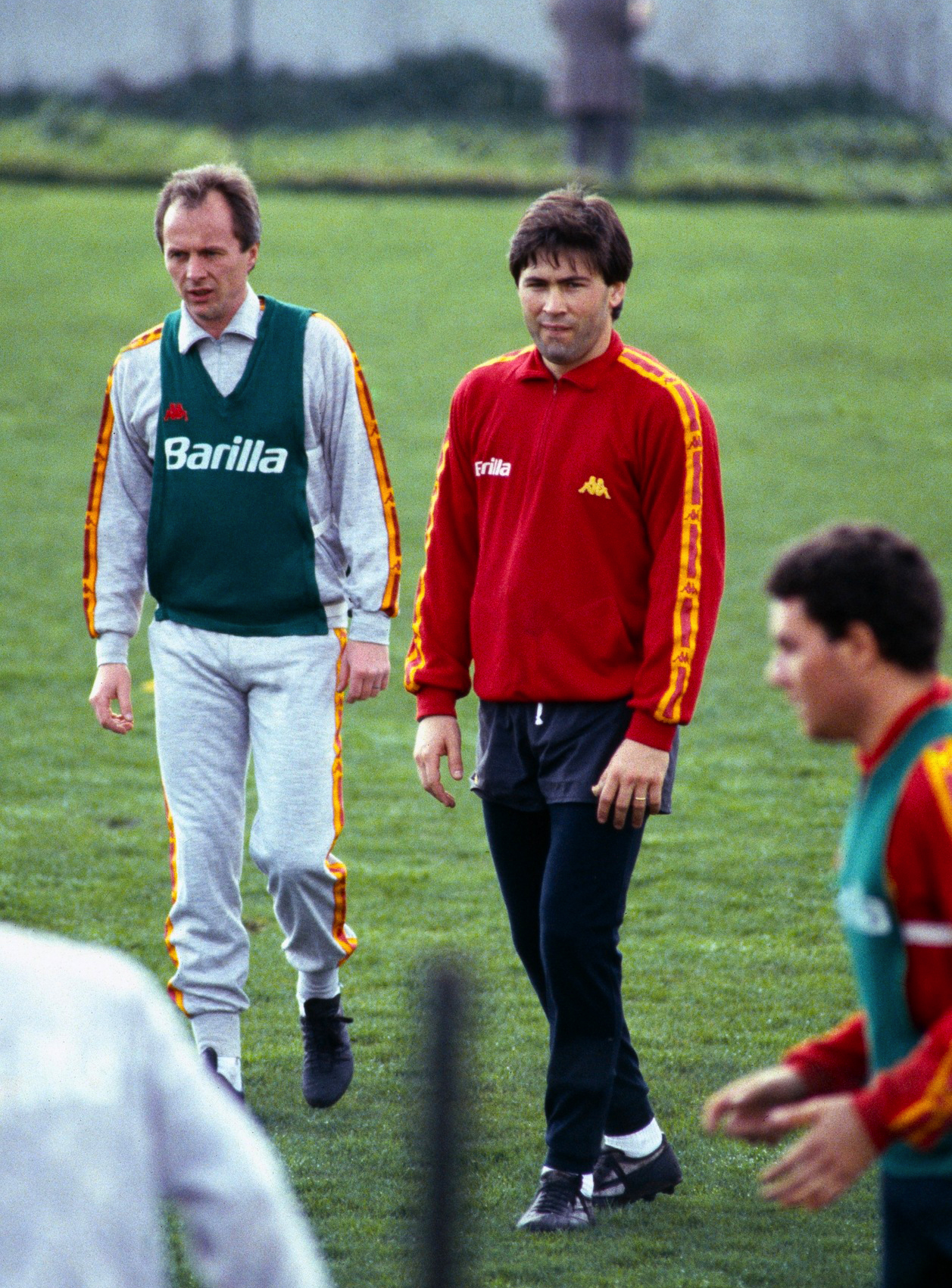 A new season, a new mister. With Il Barone’s departure for Milan (for his third stint), Sven-Goran Eriksson joined Roma from Benfica. Seen here in training with Carlo Ancelotti 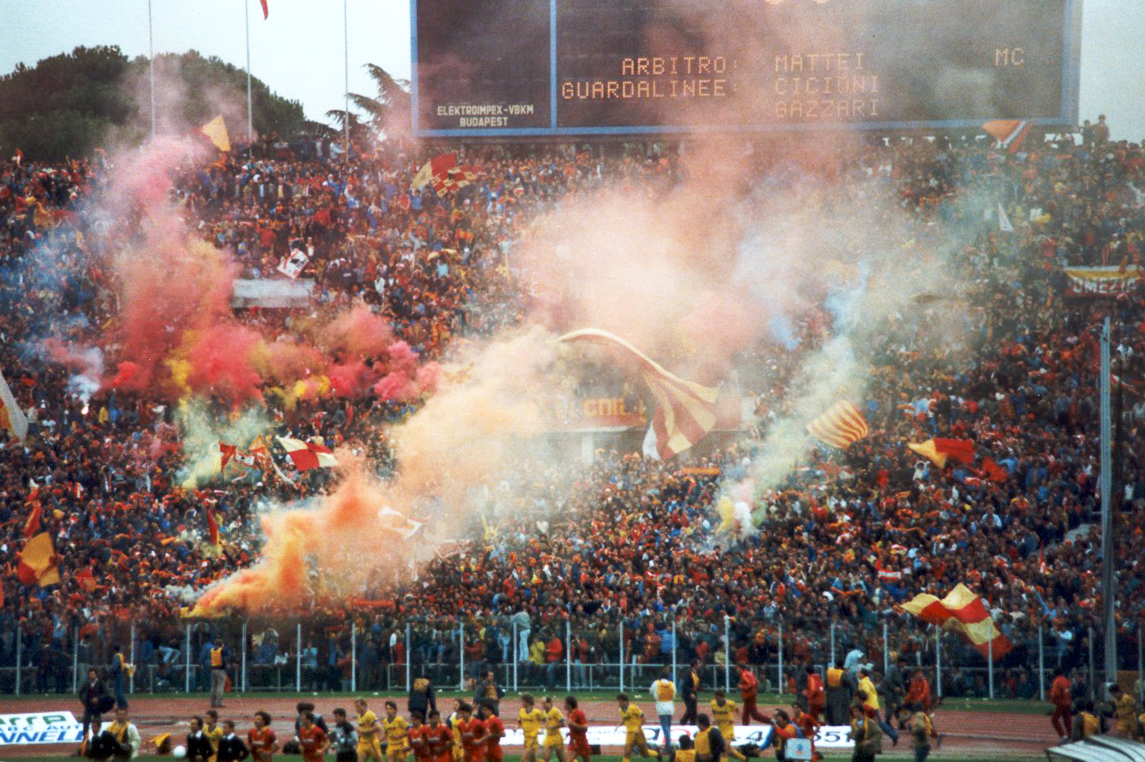 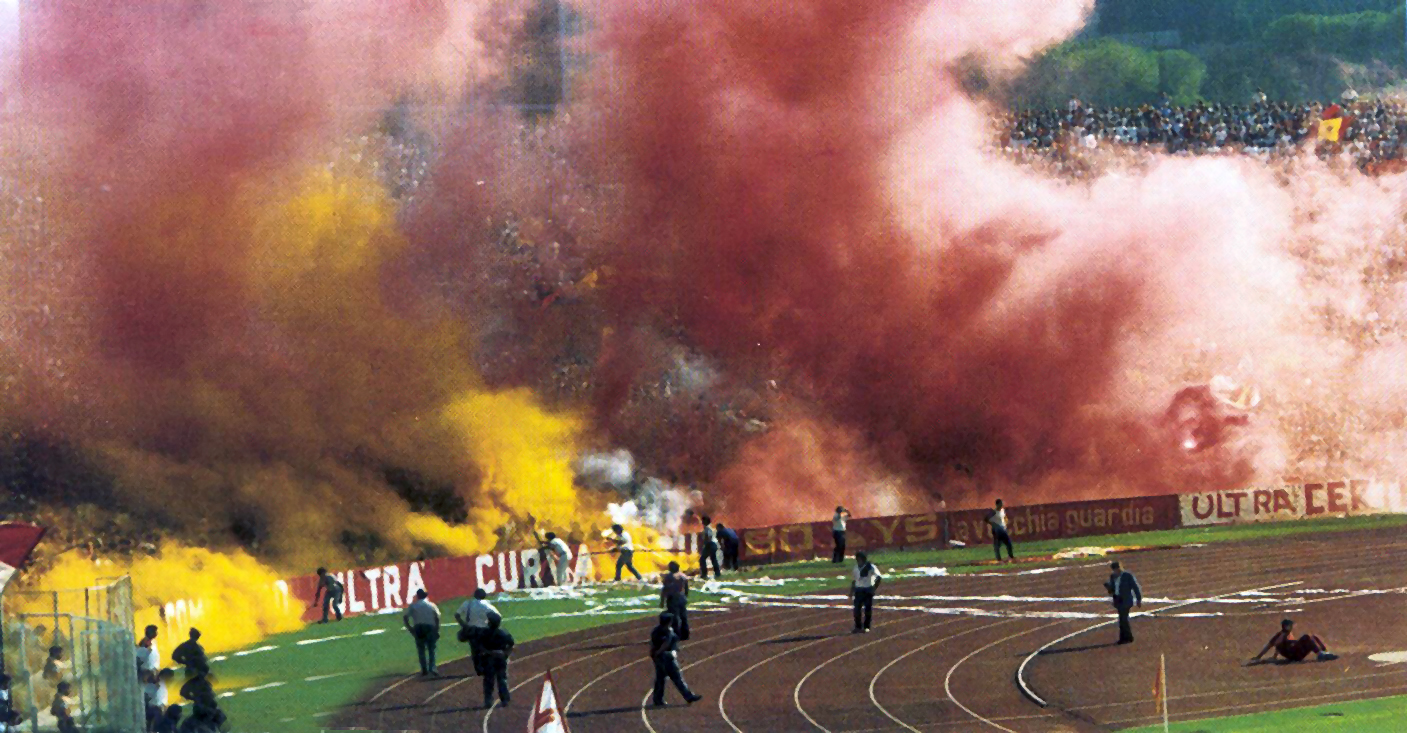 Fumogeni and colour in the Curva Sud 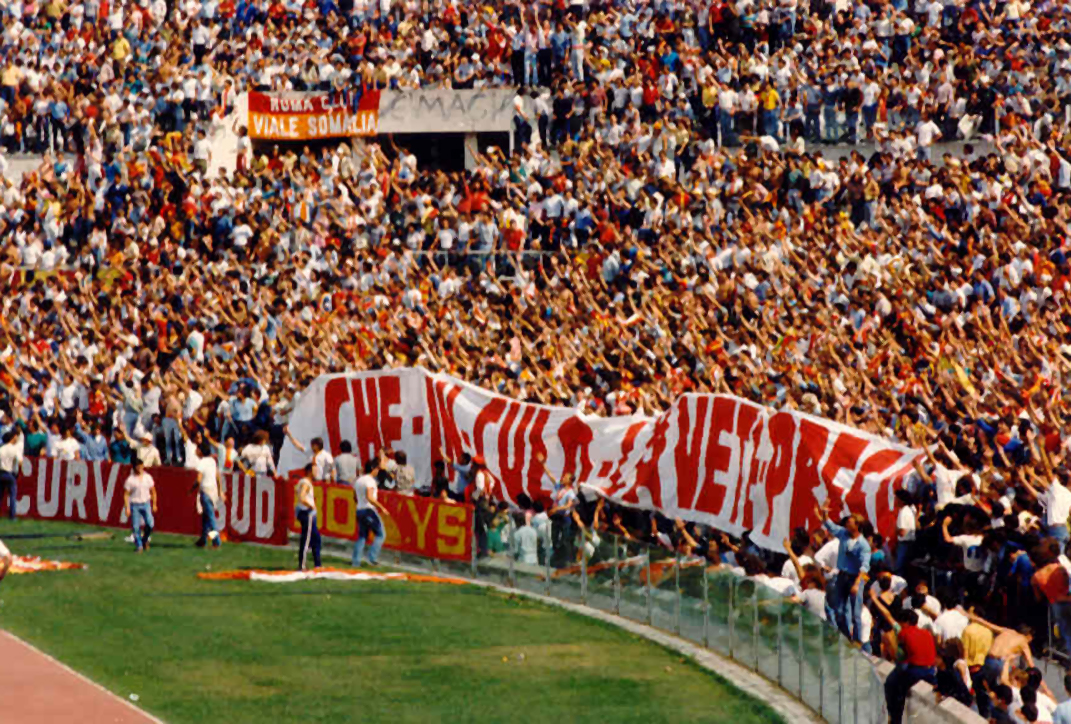 Striscione in the Curva Sud 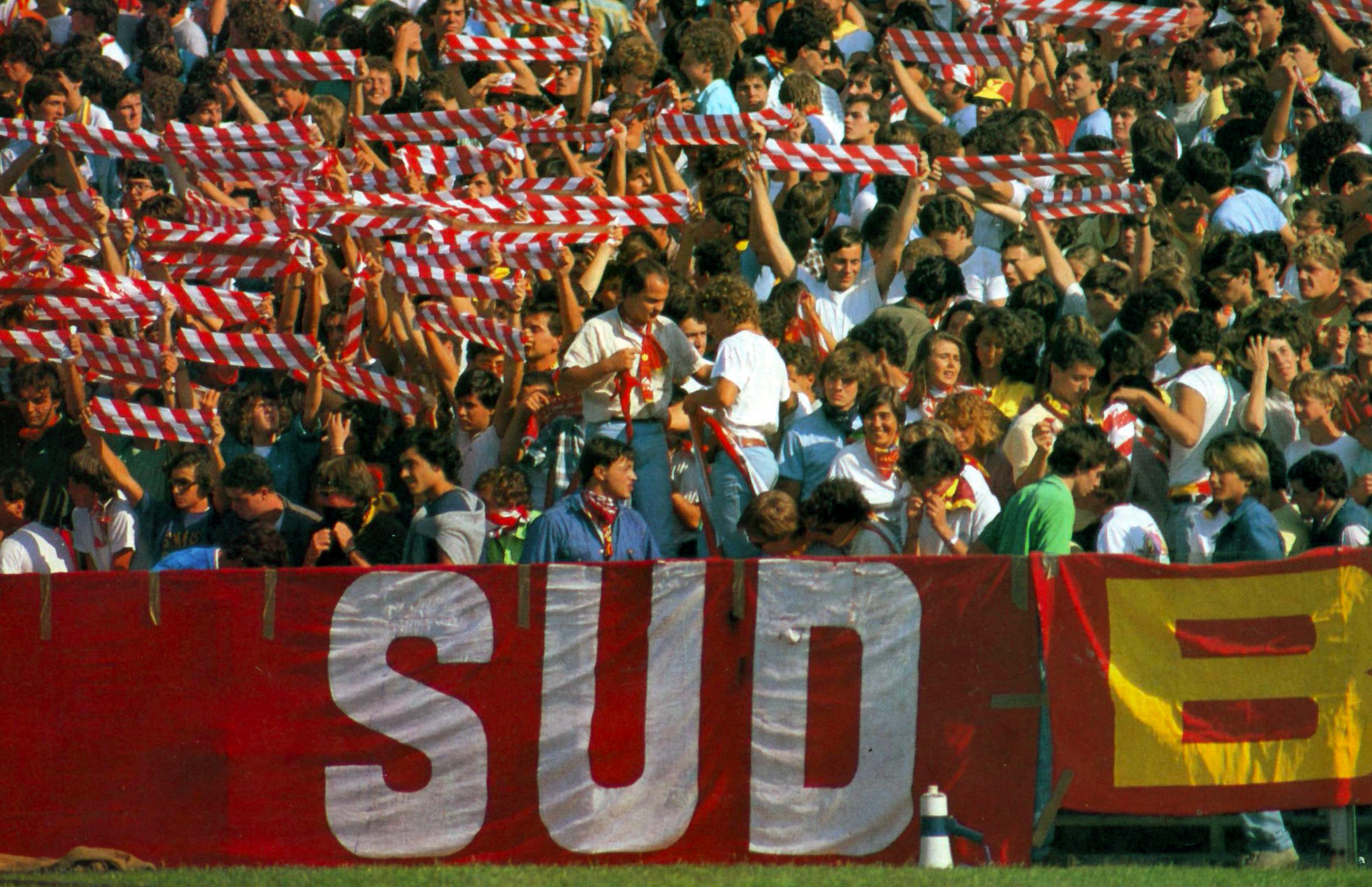 Sud B – la Curva getting organised 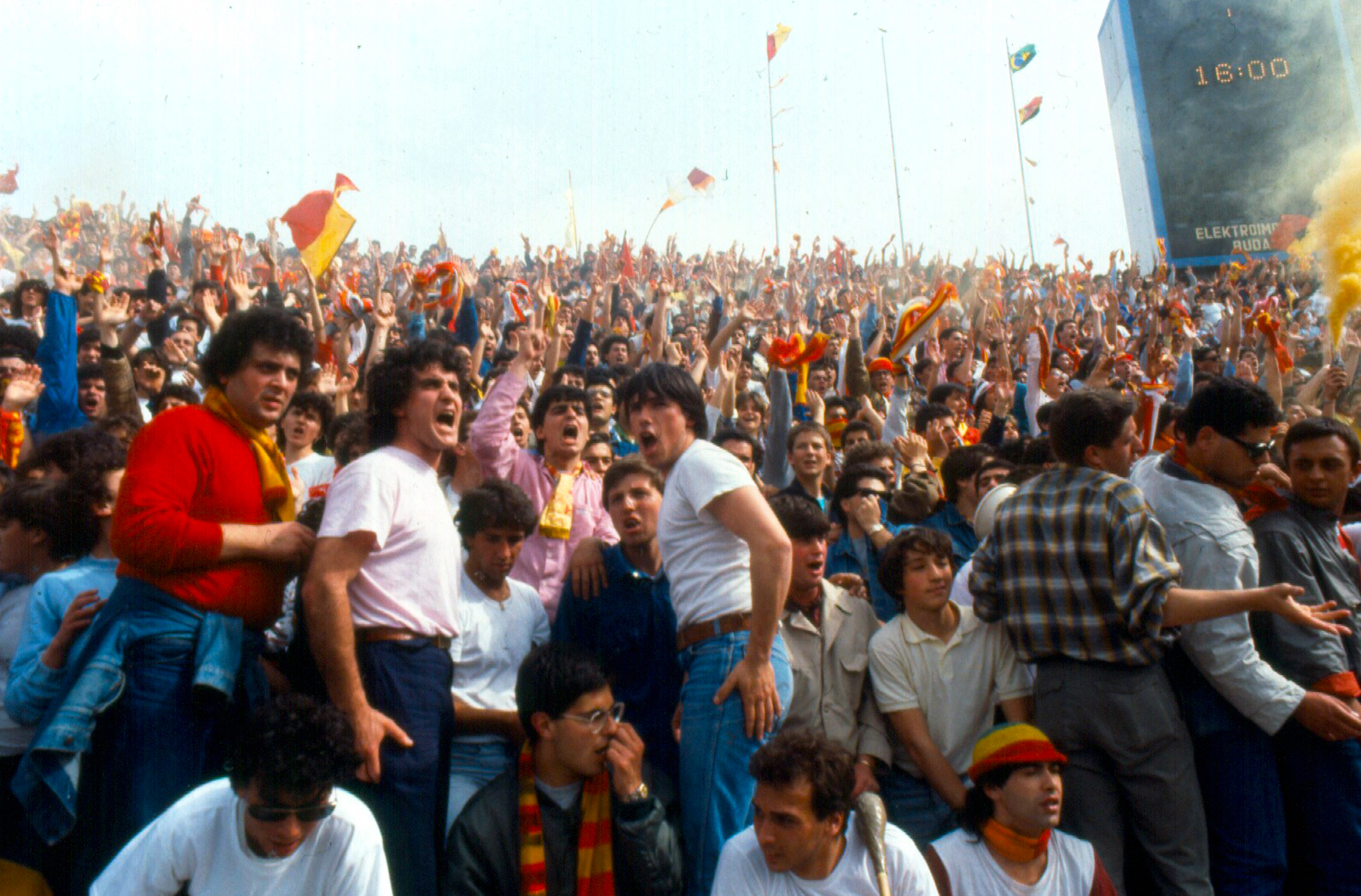 This photo and 3 below: Showing the faces and characters in the Curva Sud, many of whom can be recognised today – I know one person in this photo 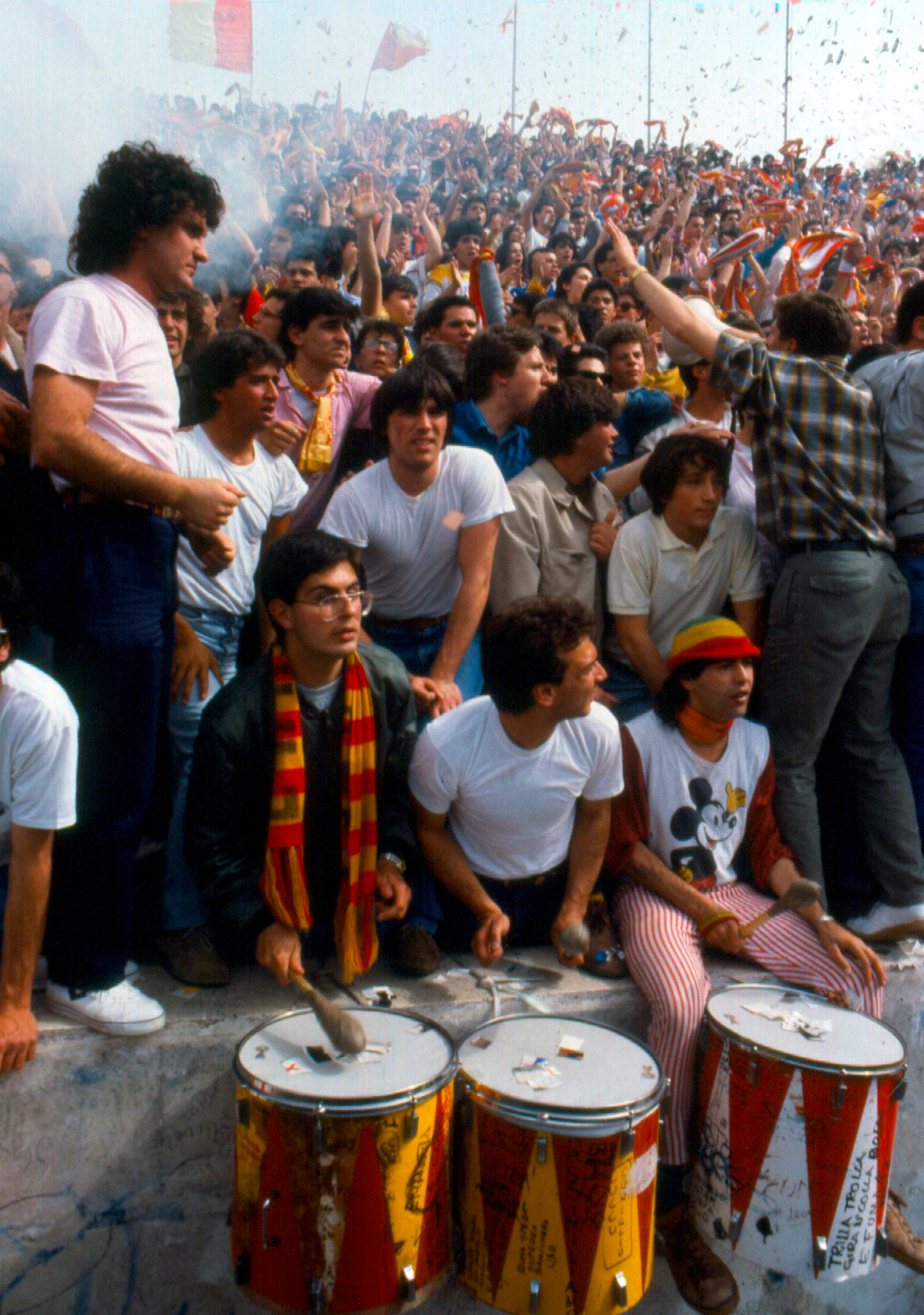 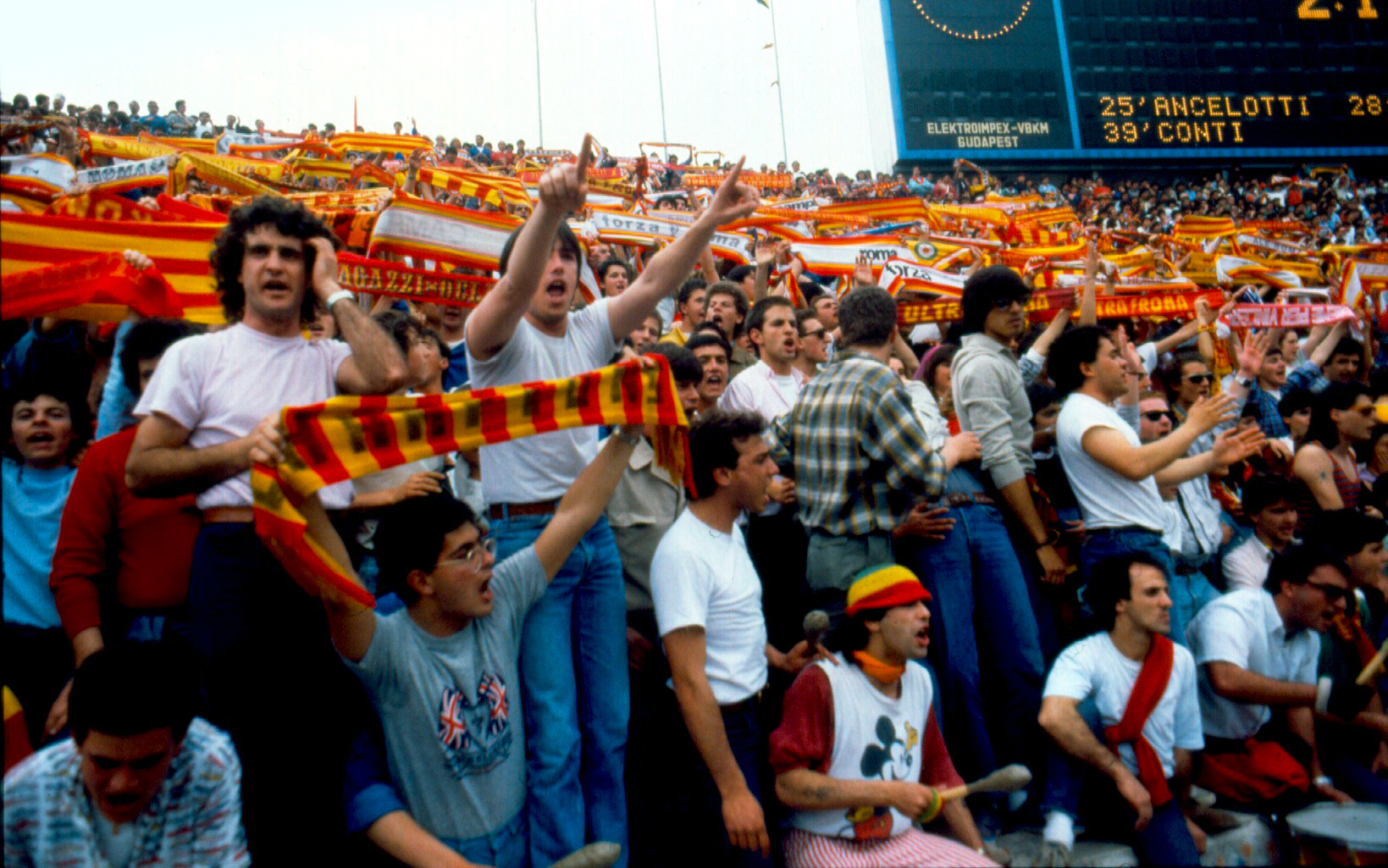 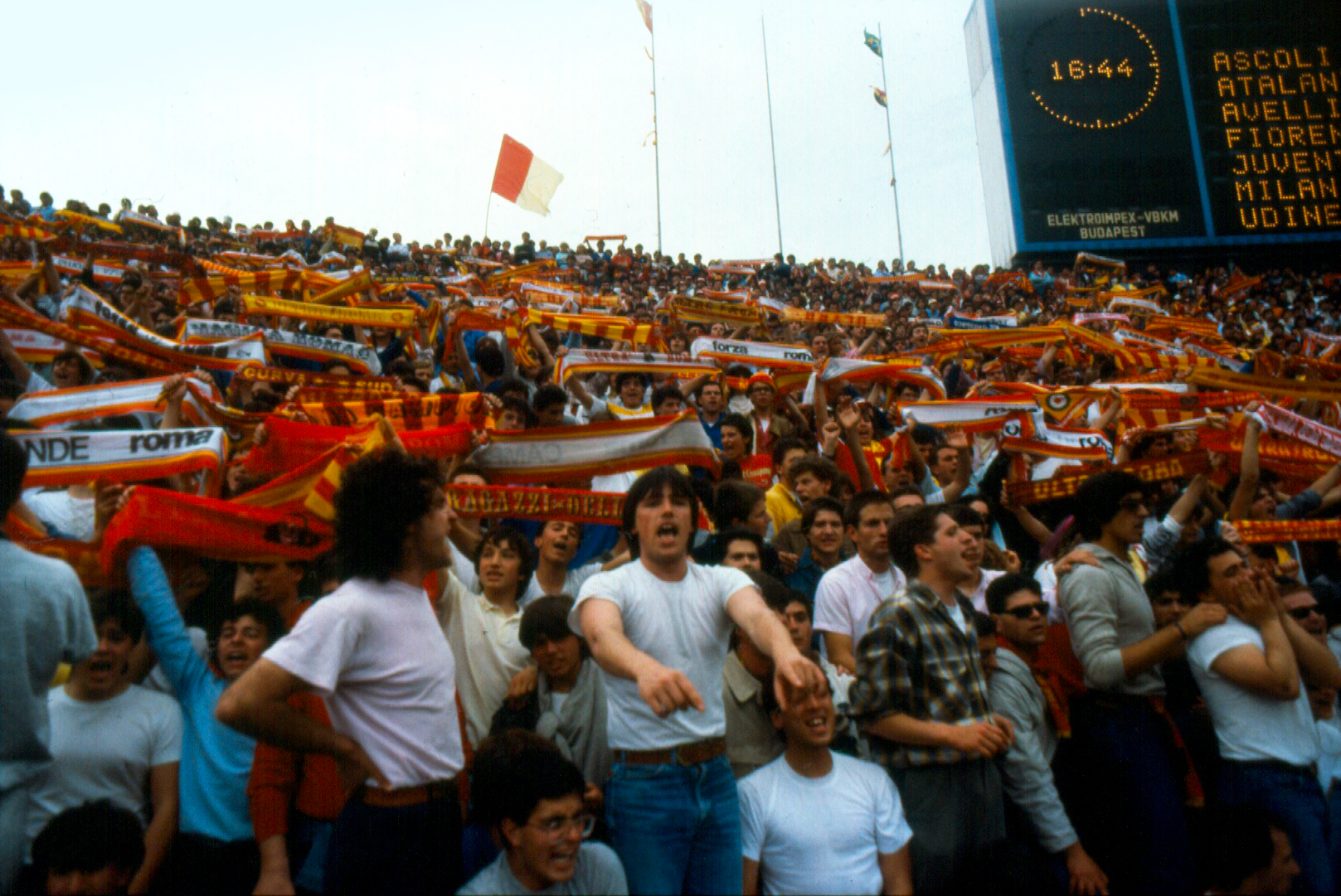 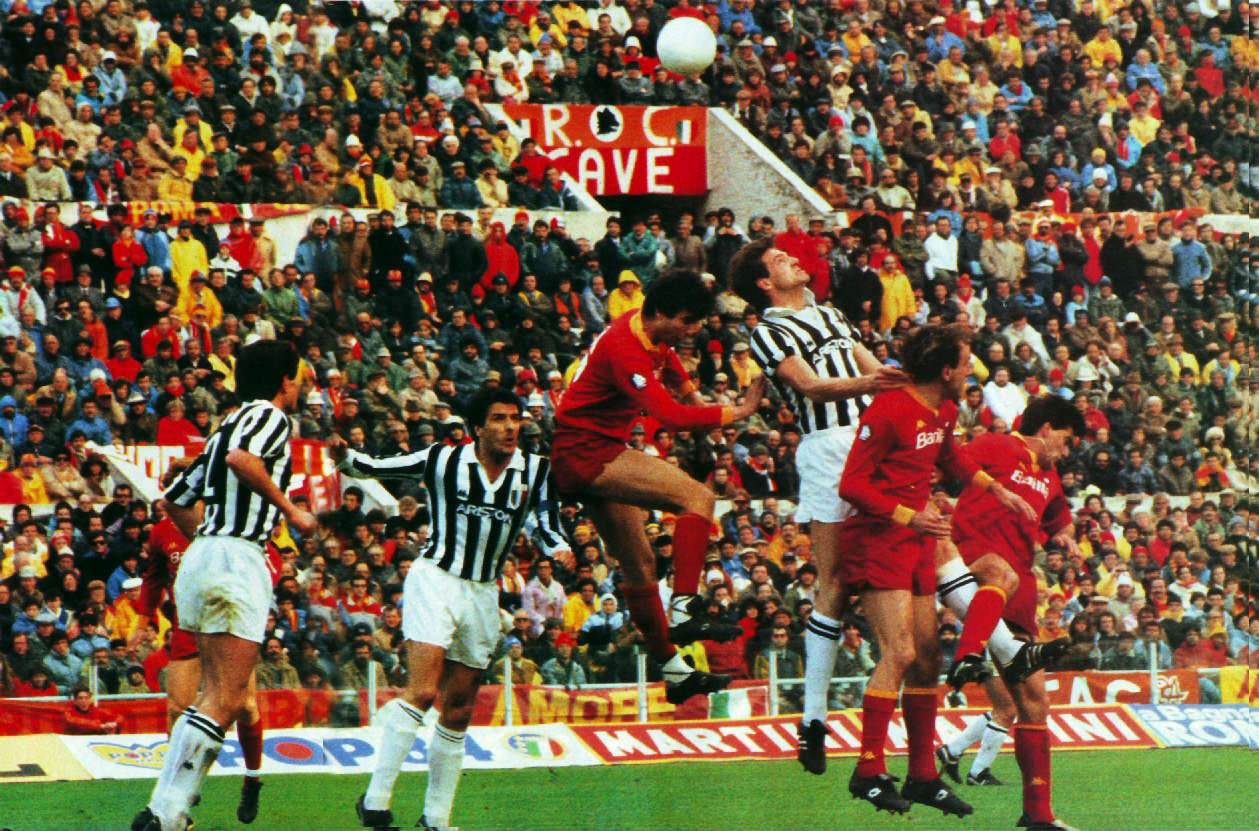 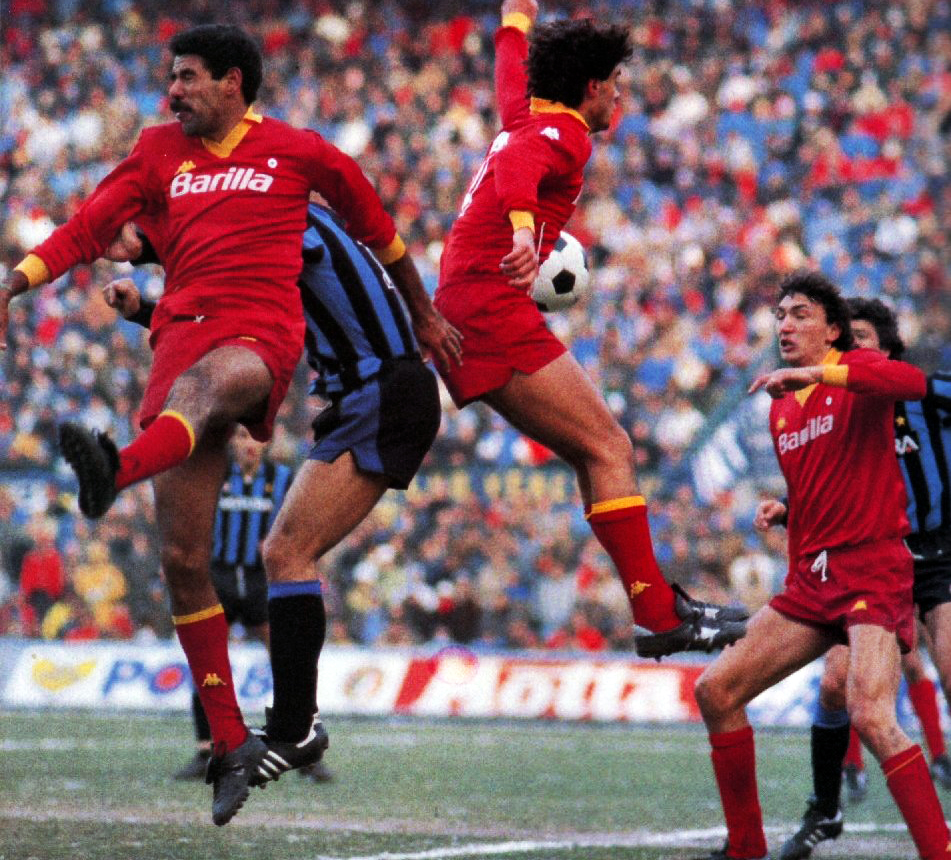 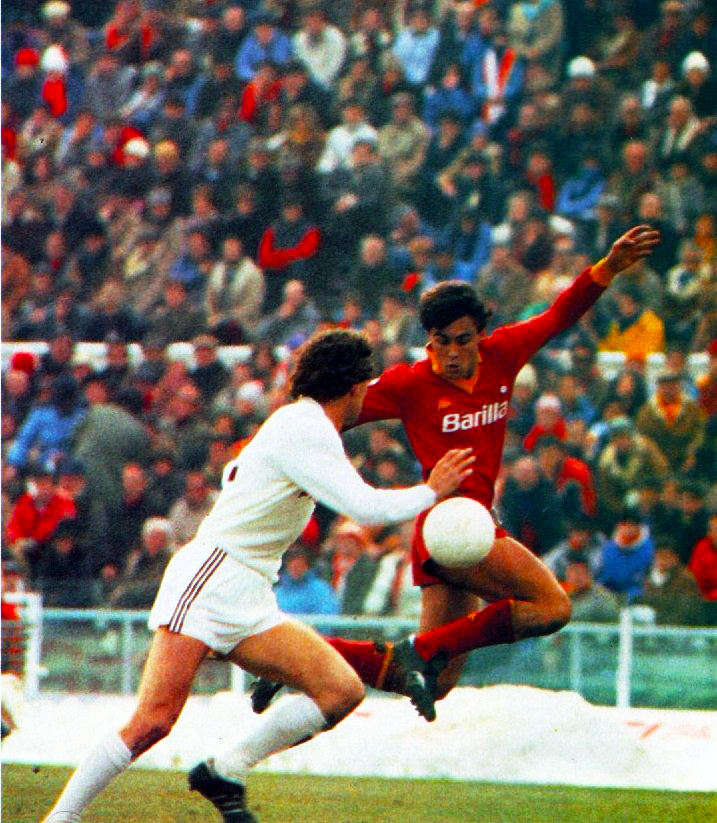 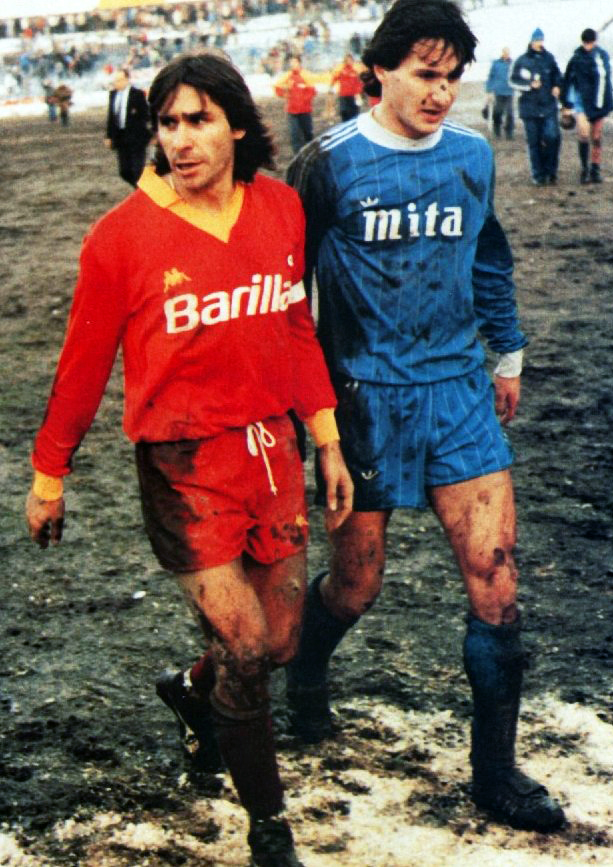 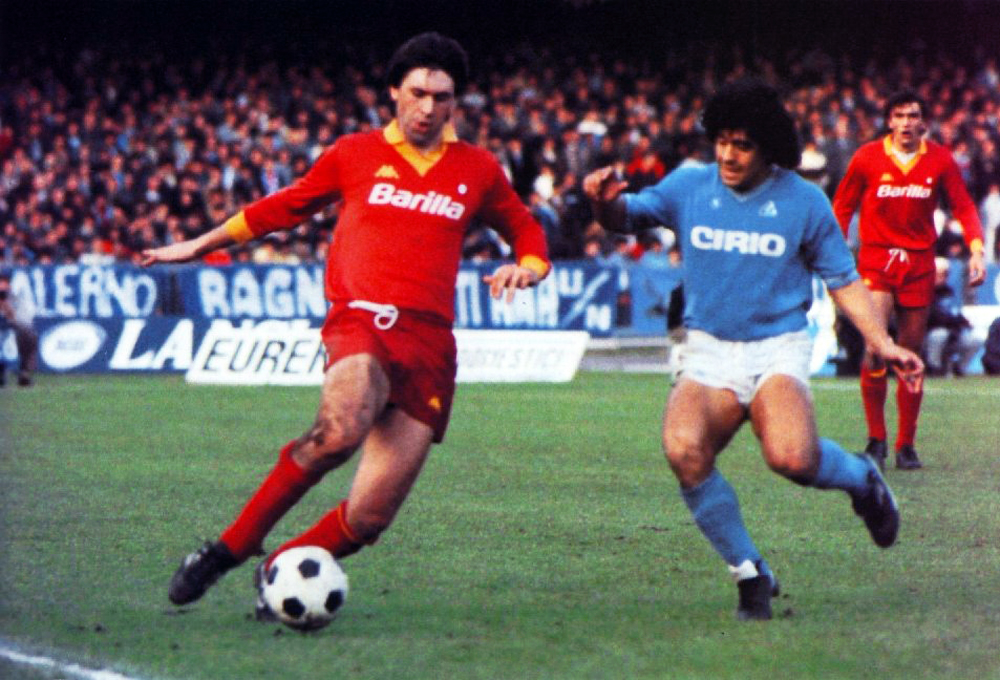 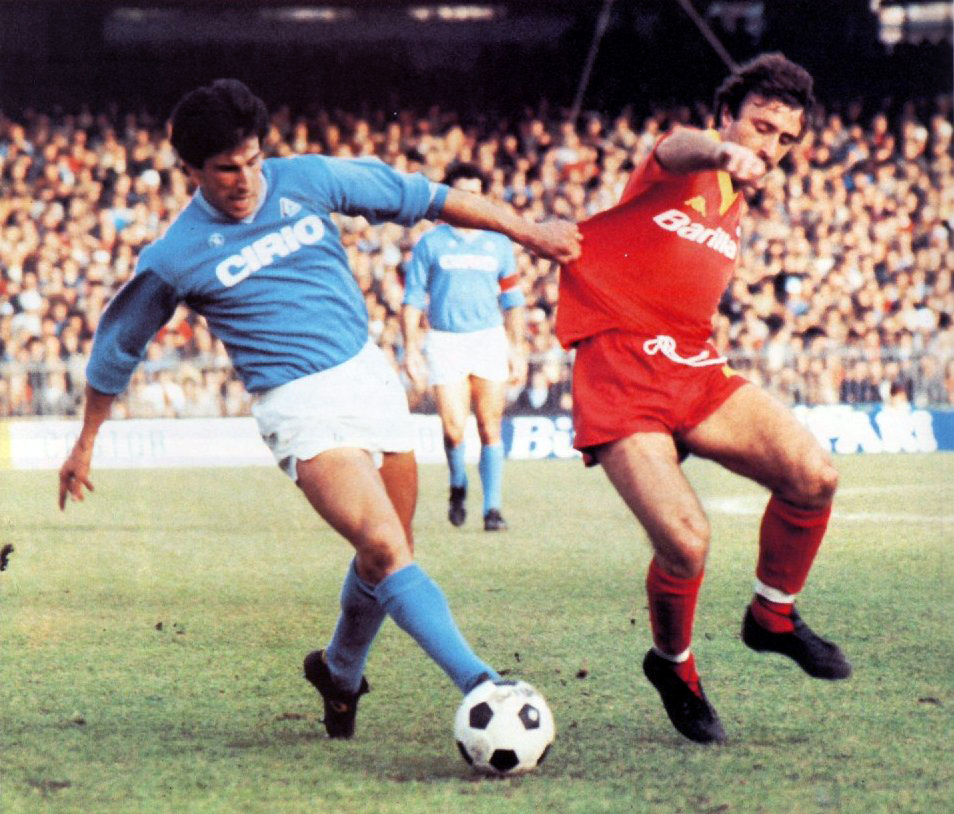 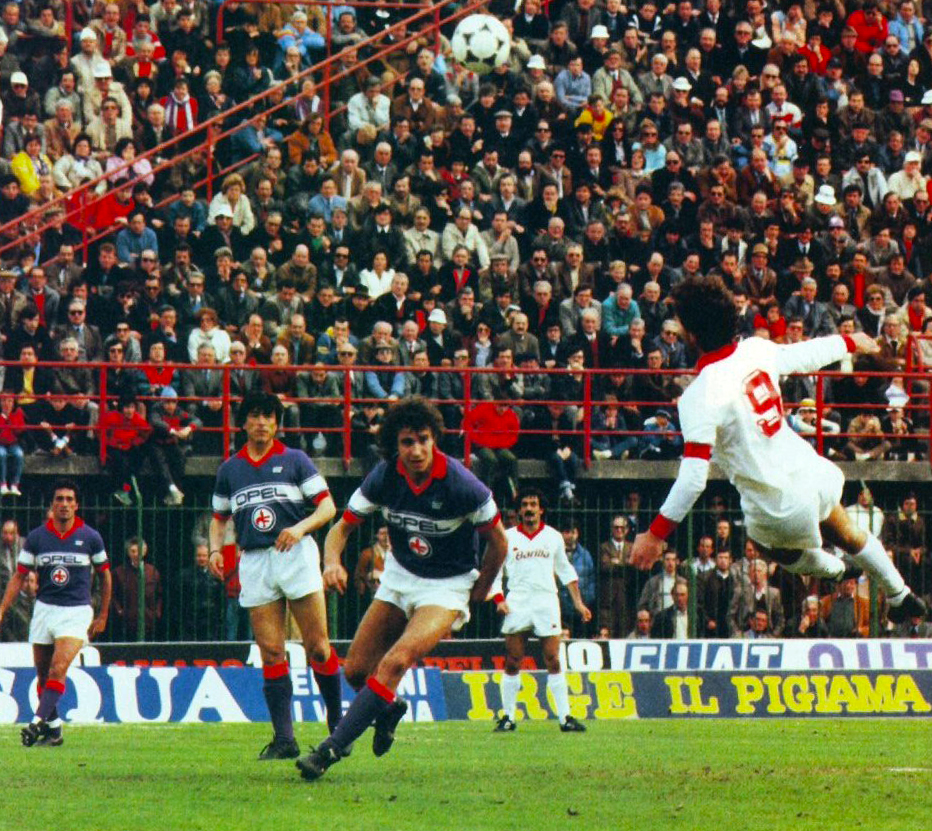 Away to Fiorentina, nothing can stop Il Bomber Pruzzo as he performs a rovesciata 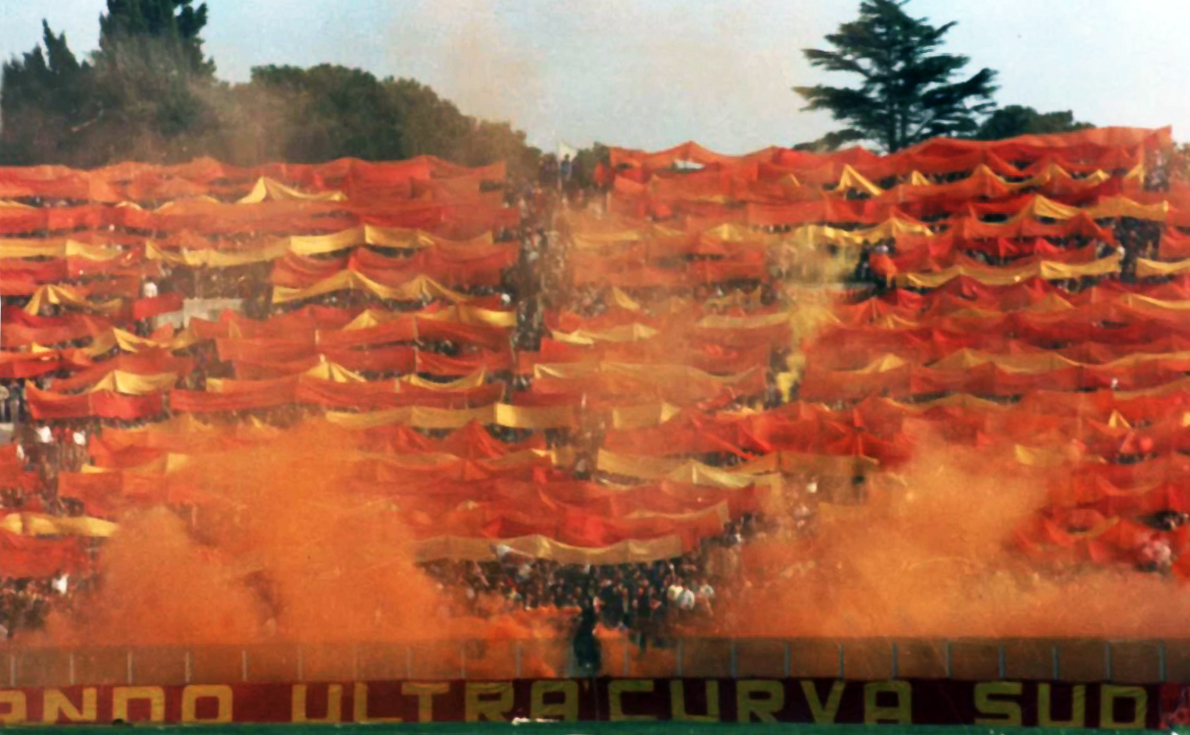 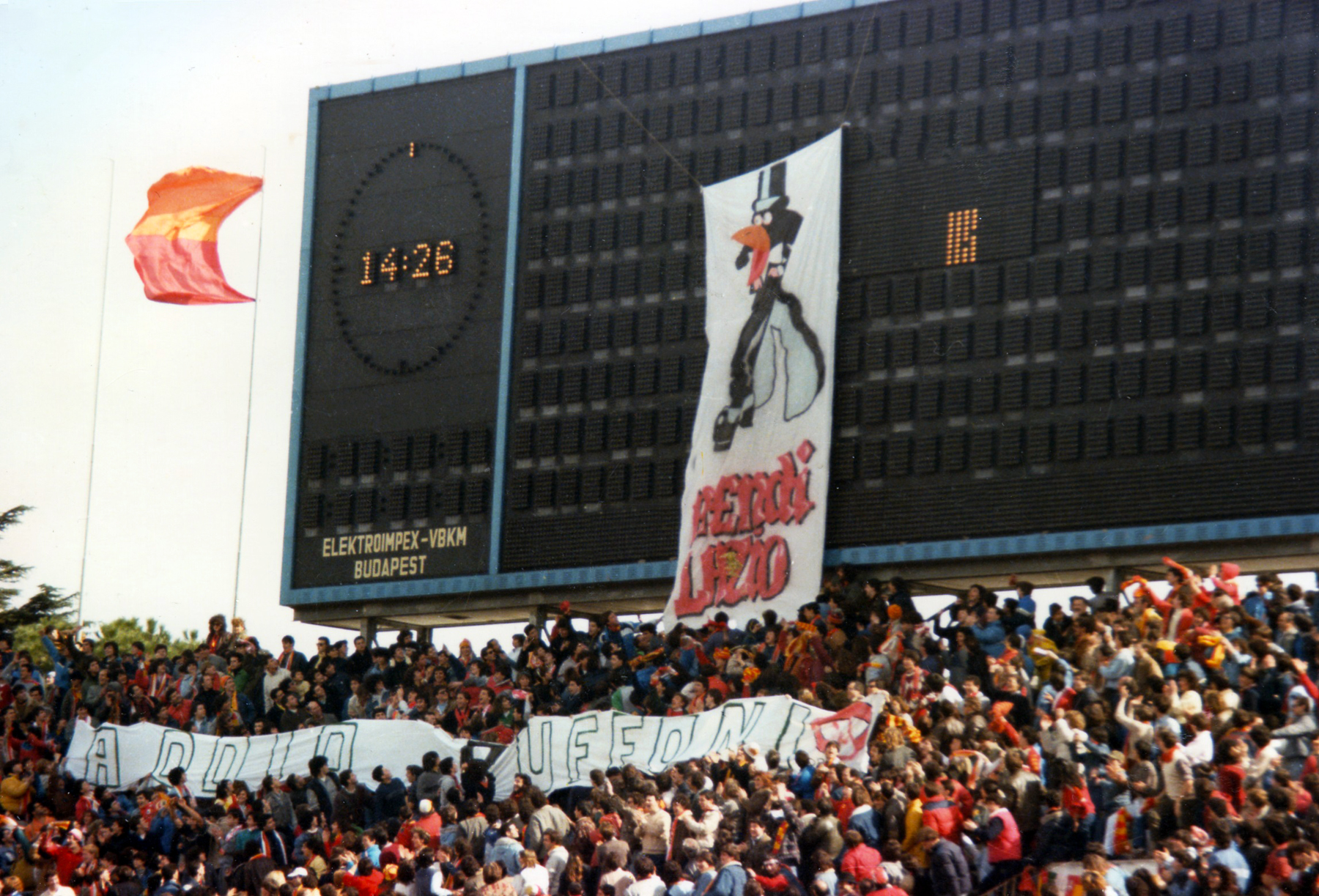 A special banner for the Derby v Lazio 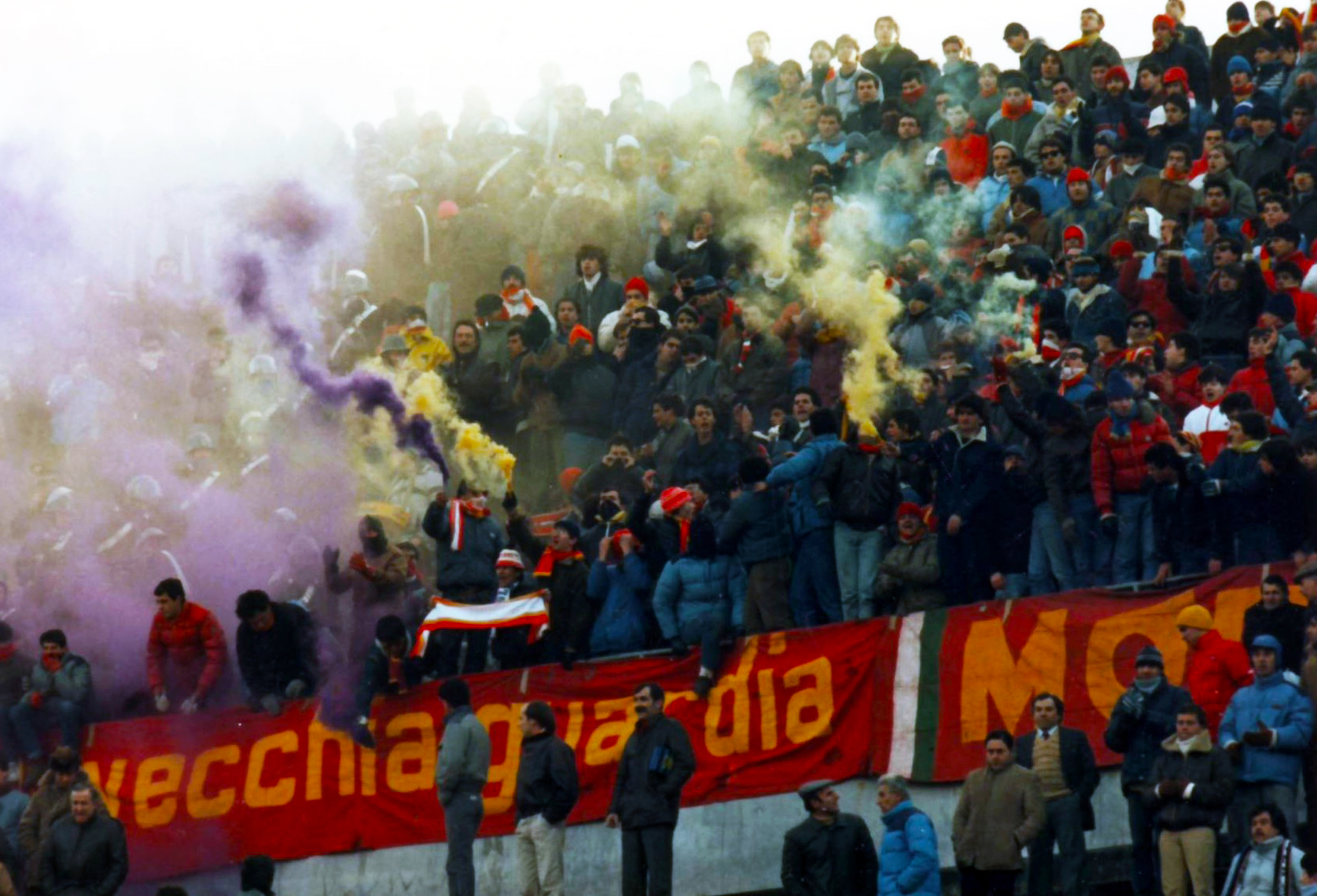 Roma tifosi away to Inter 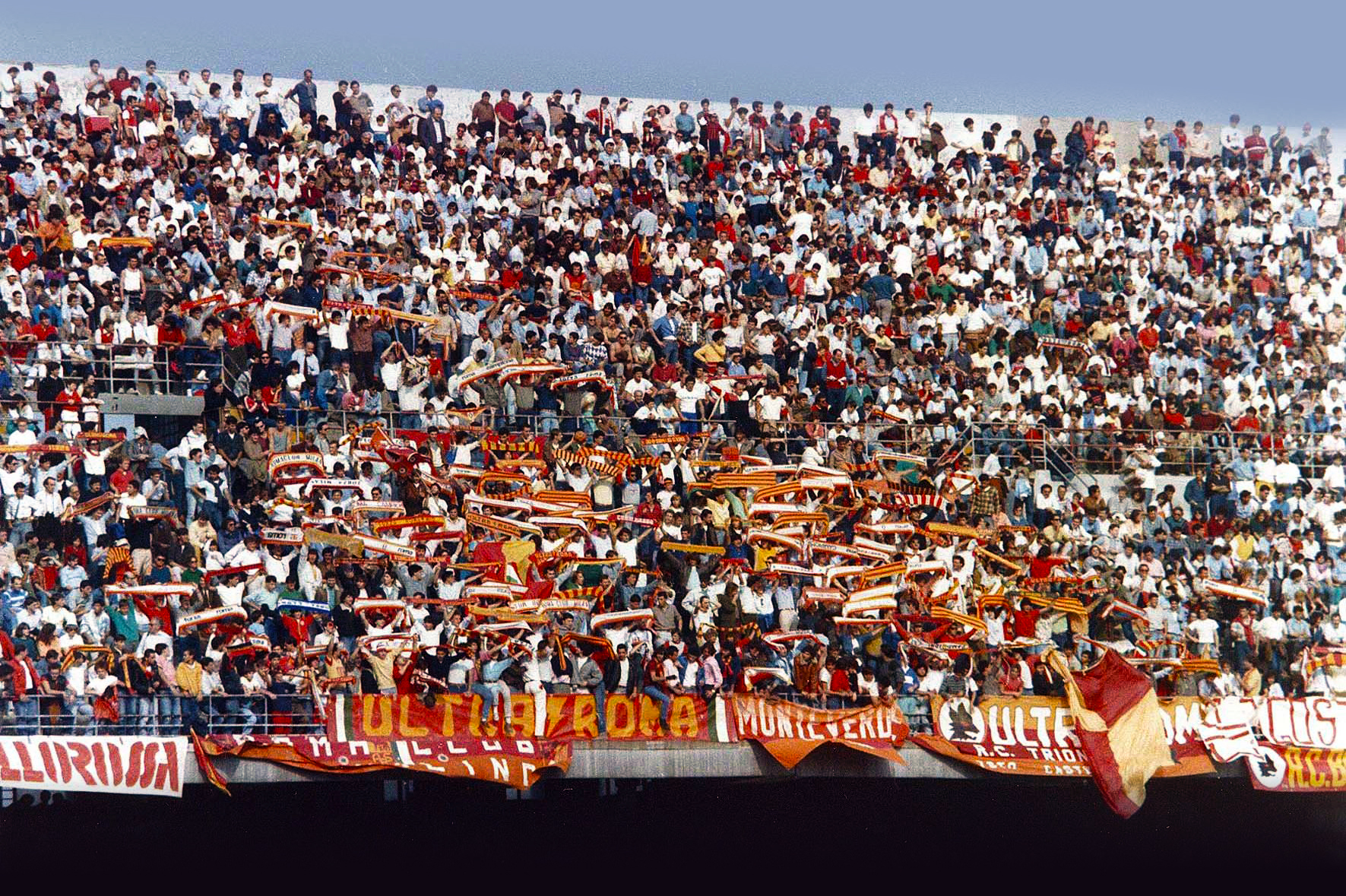 Away in numbers at Milan 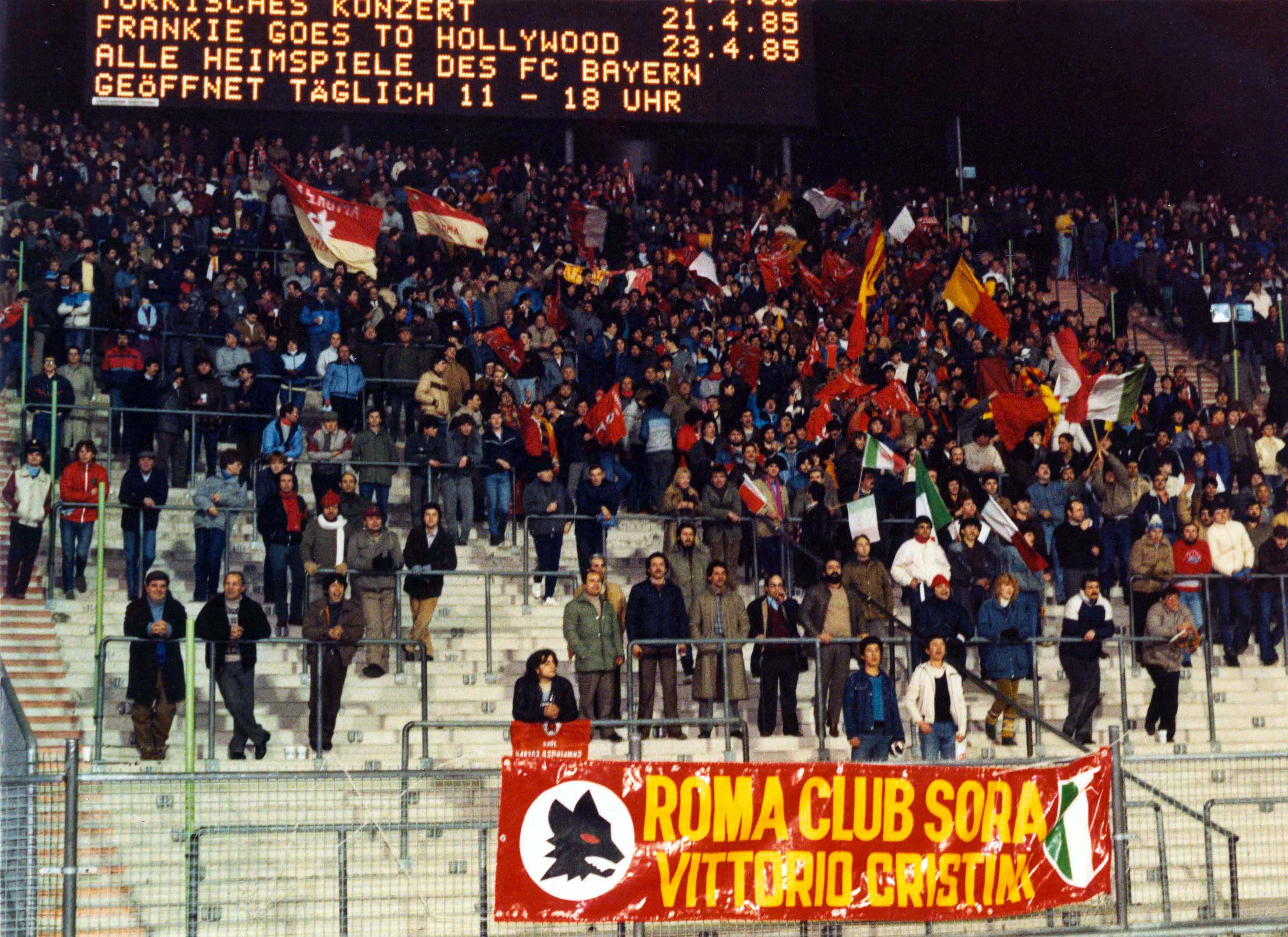 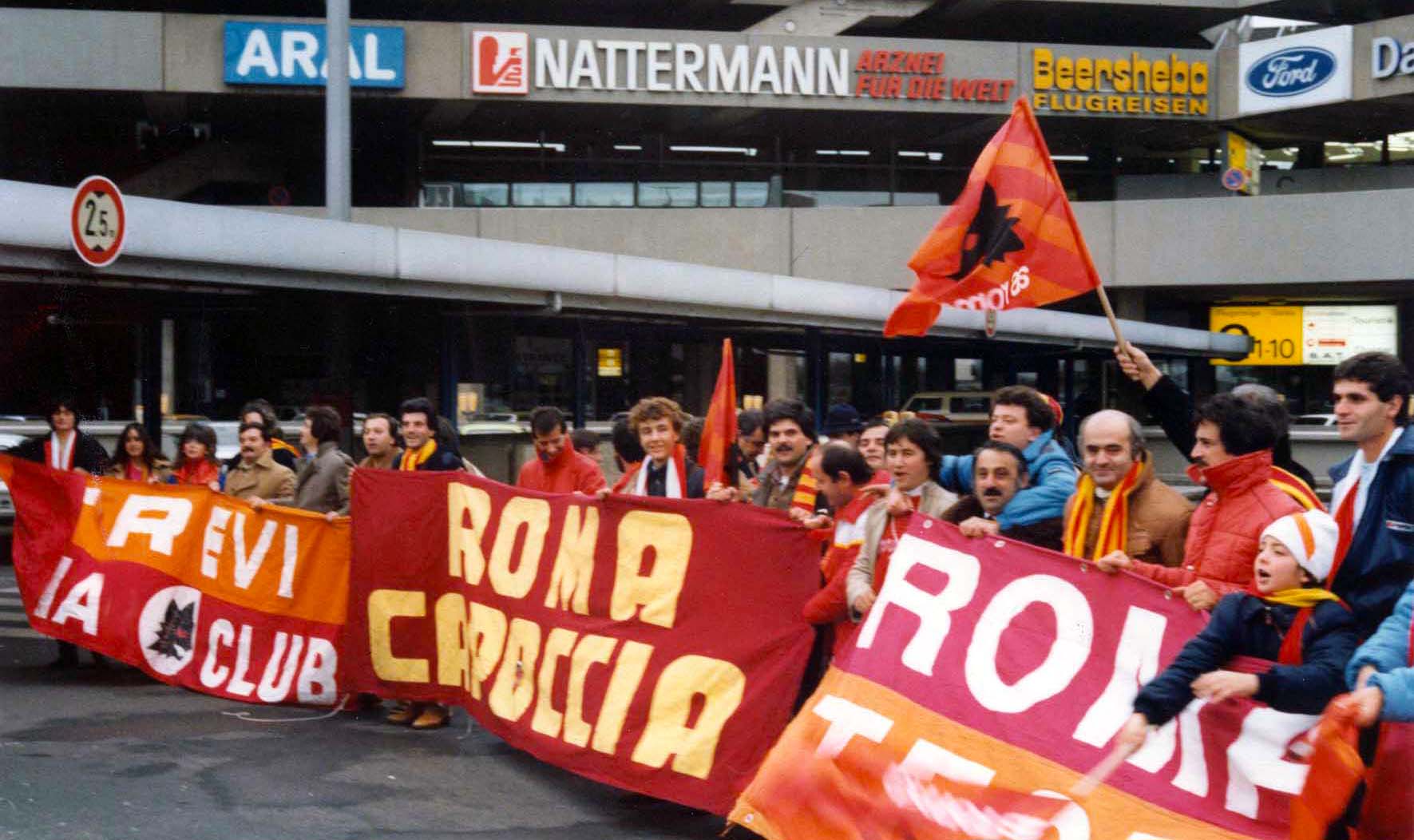 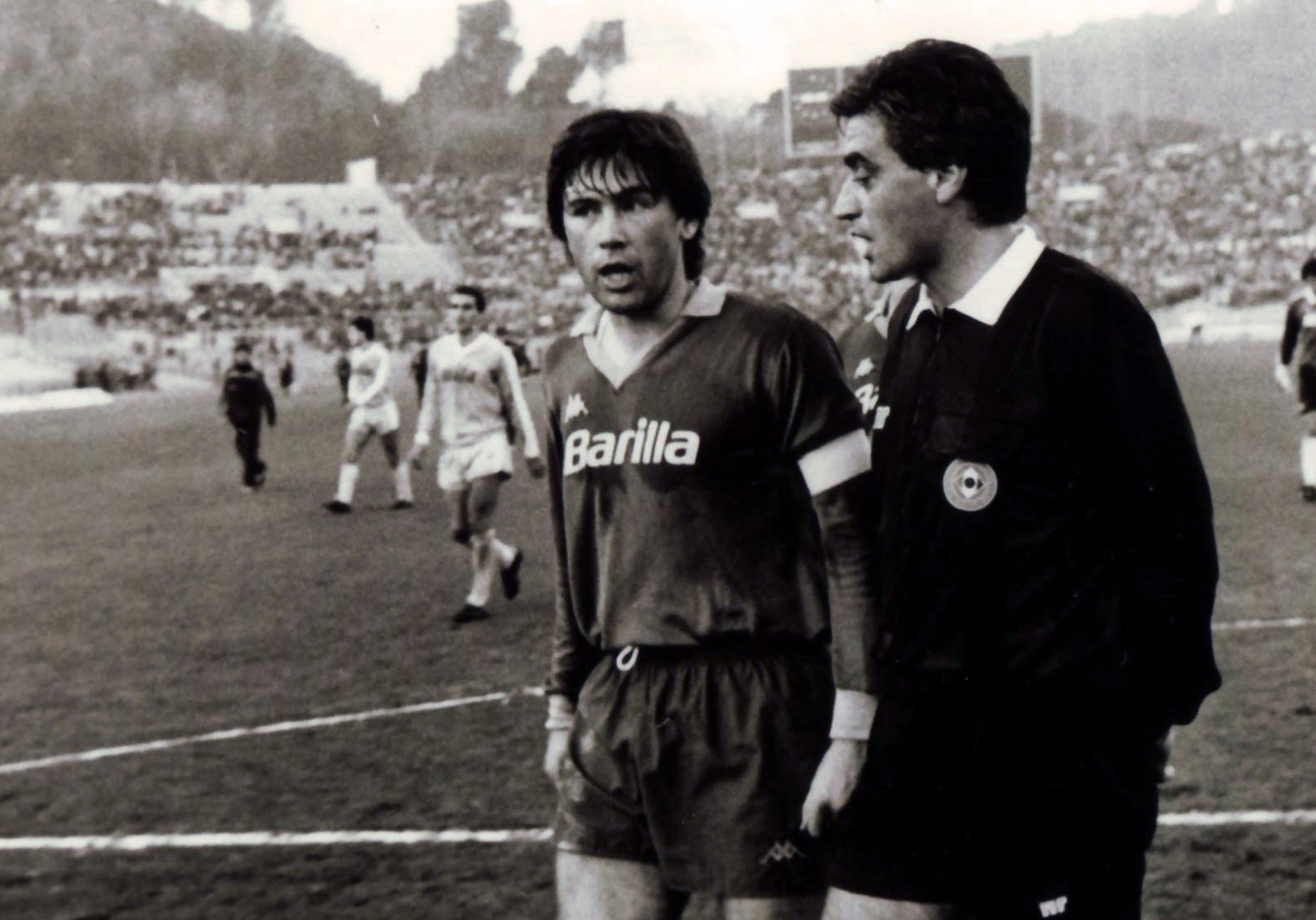 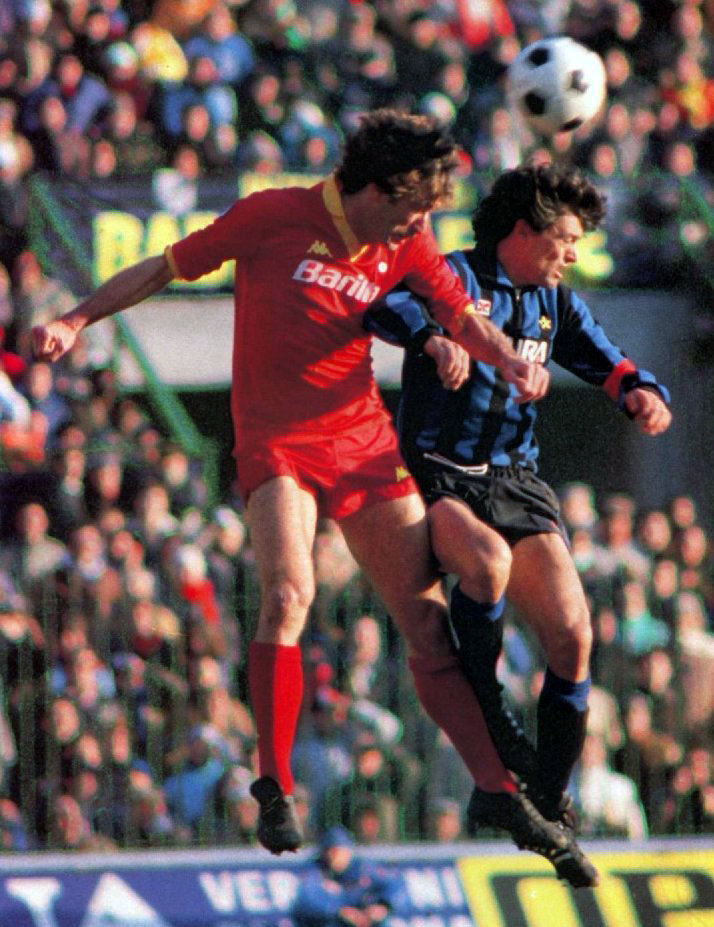 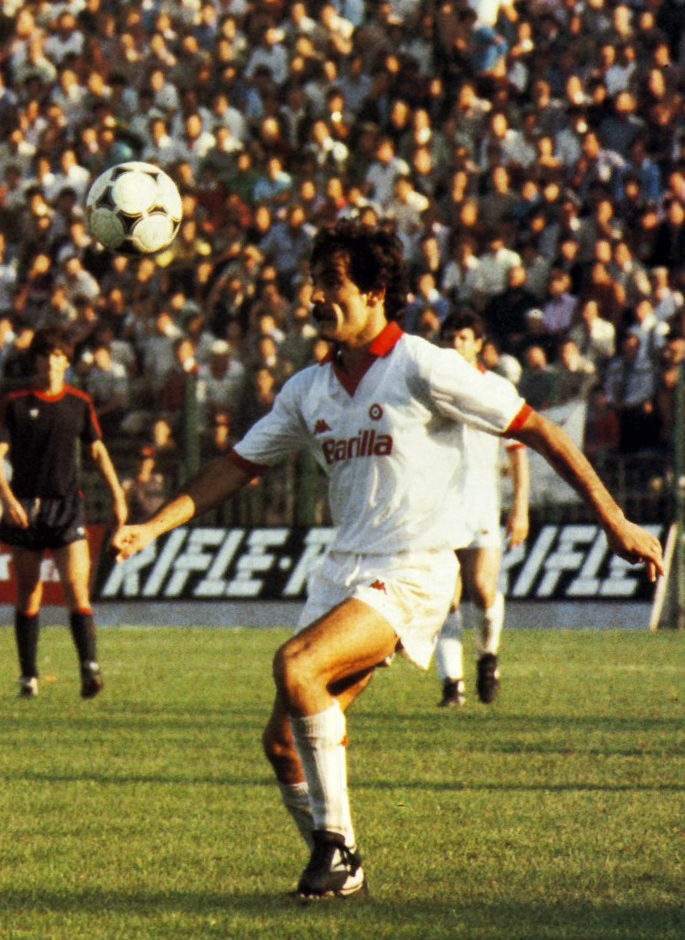 Aldo Maldera, born in Milan, played for Roma for three seasons, winning the scudetto in 1982/83 before departing for Fiorentina in ’85 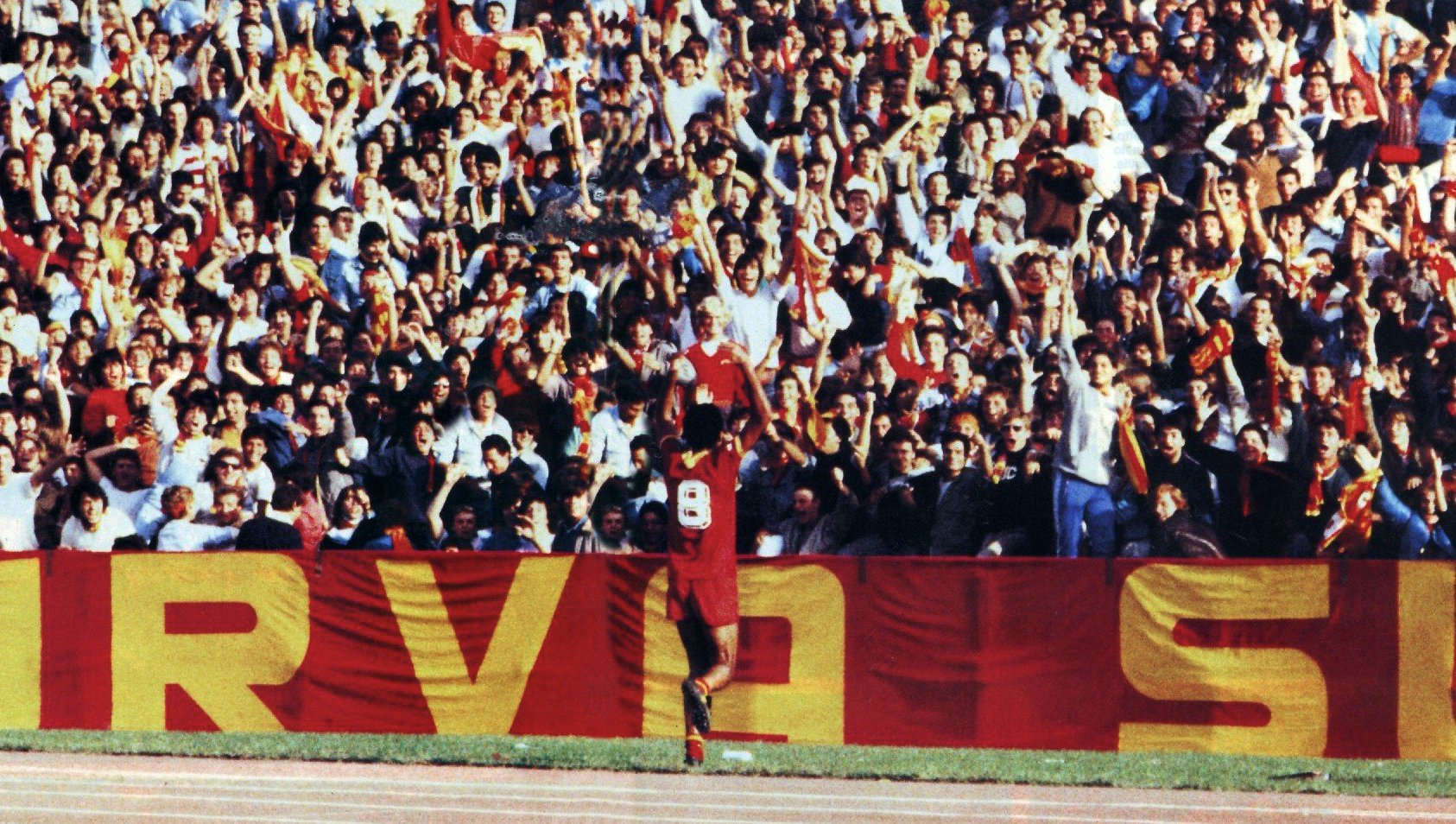 Cerezo salutes his adoring fans in the Curva Sud 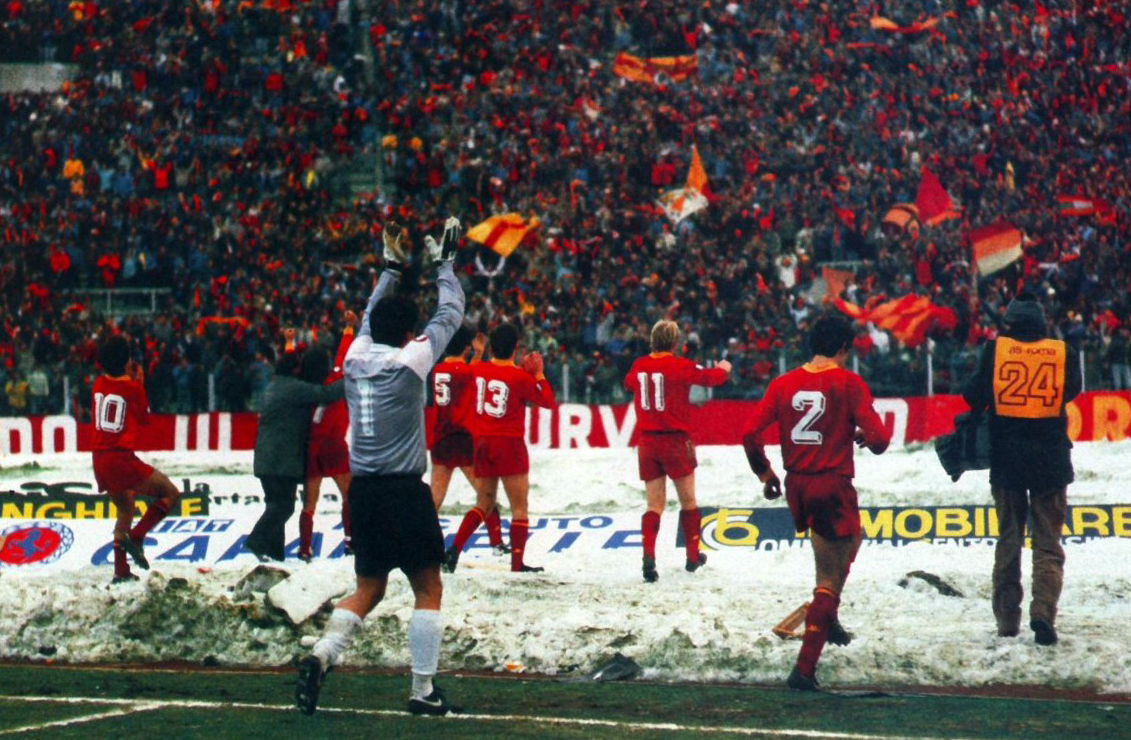