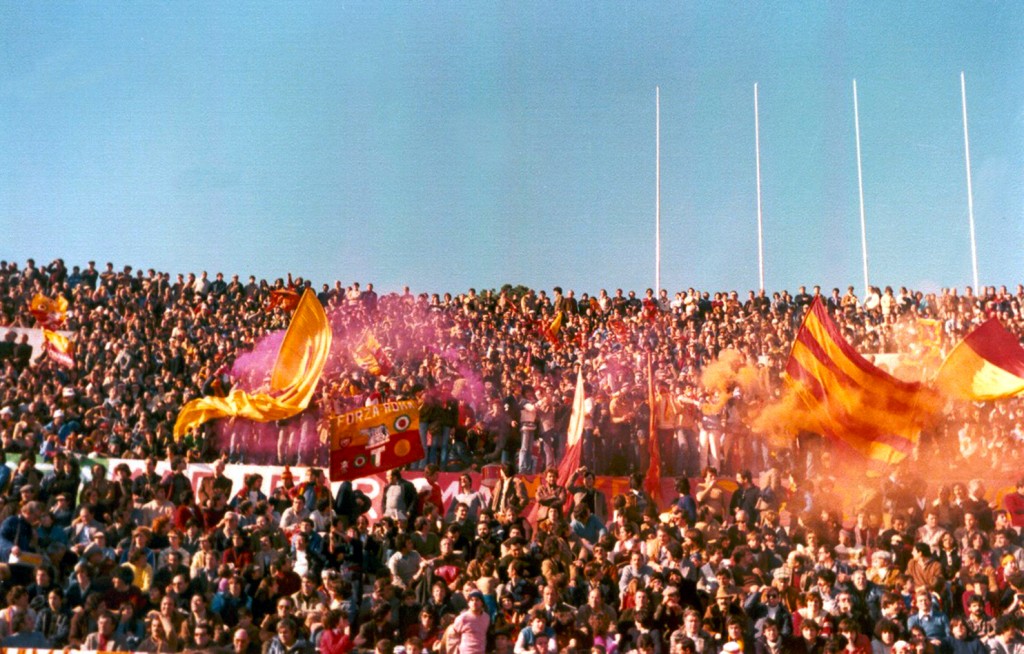 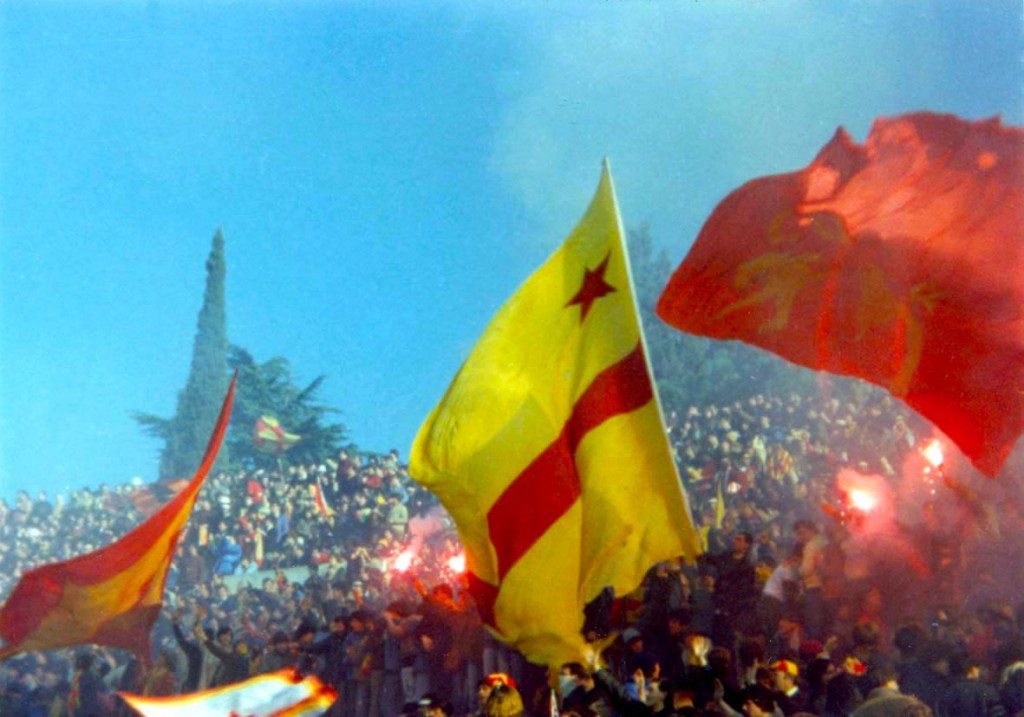 Gorgeous shot of flares and flags in the Curva Sud 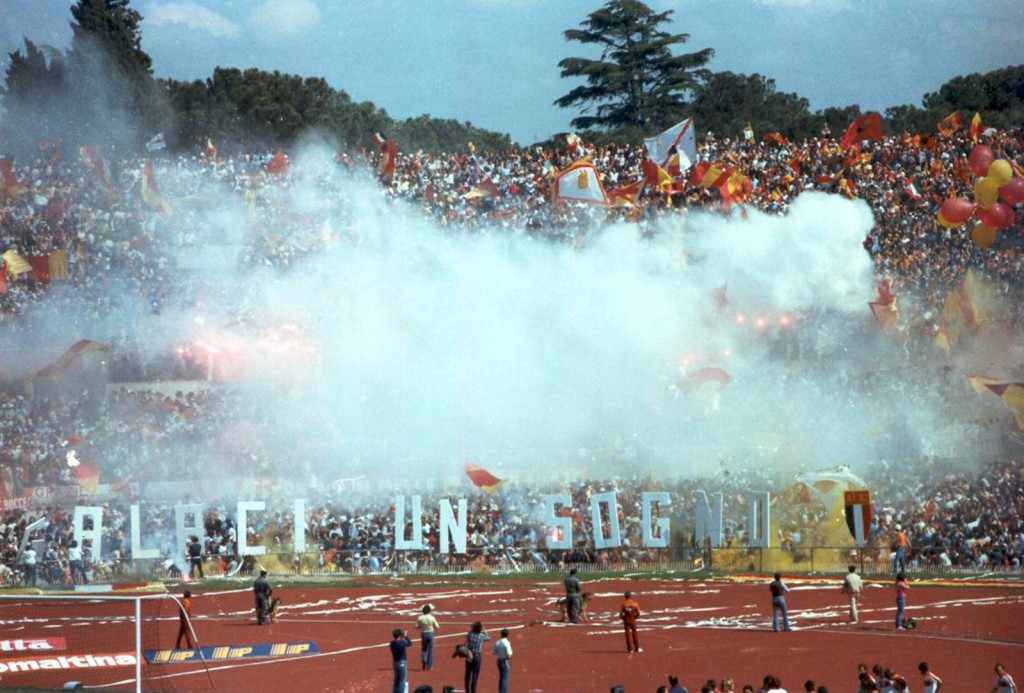 “Regalaci un sogno” – give us a dream. After Coppa Italia success the previous season, optimism was building 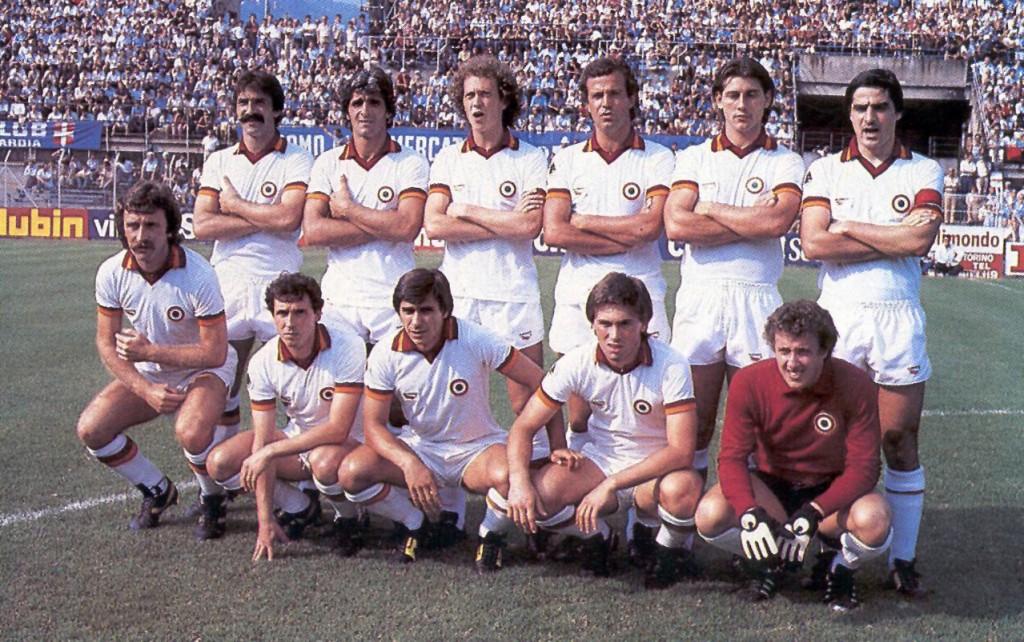 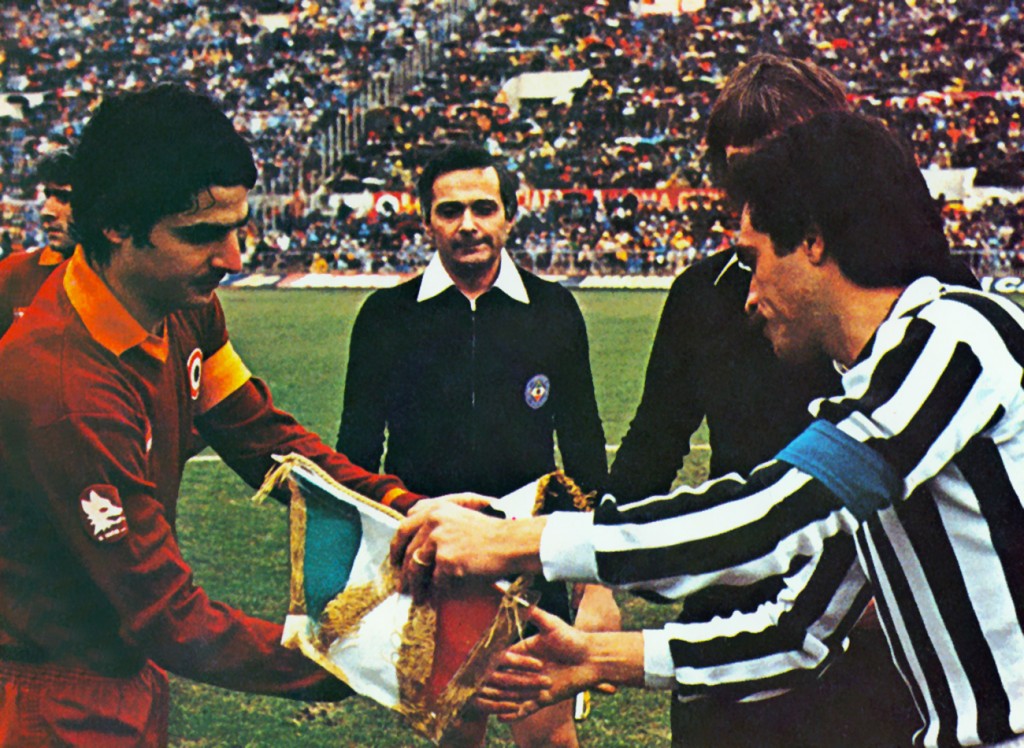 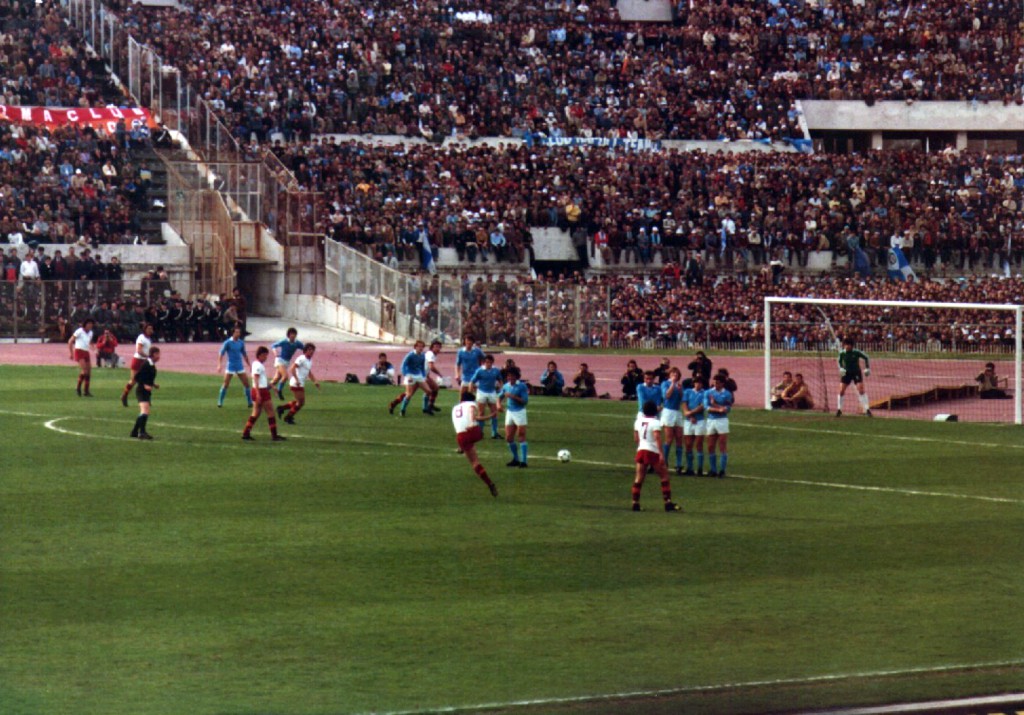 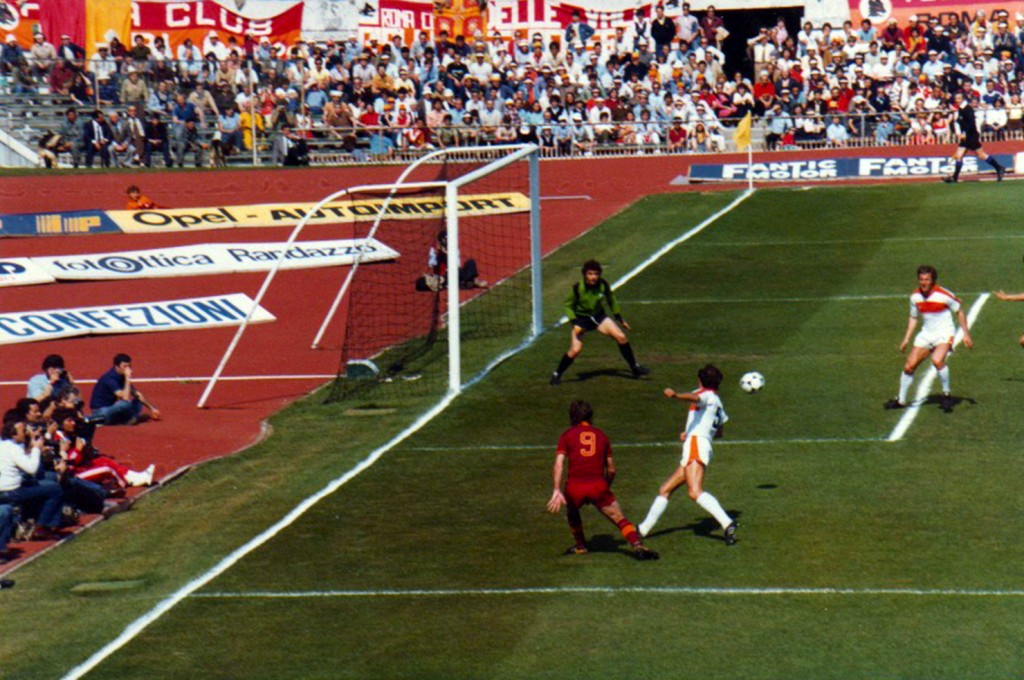 Roberto Pruzzo putting in a cross 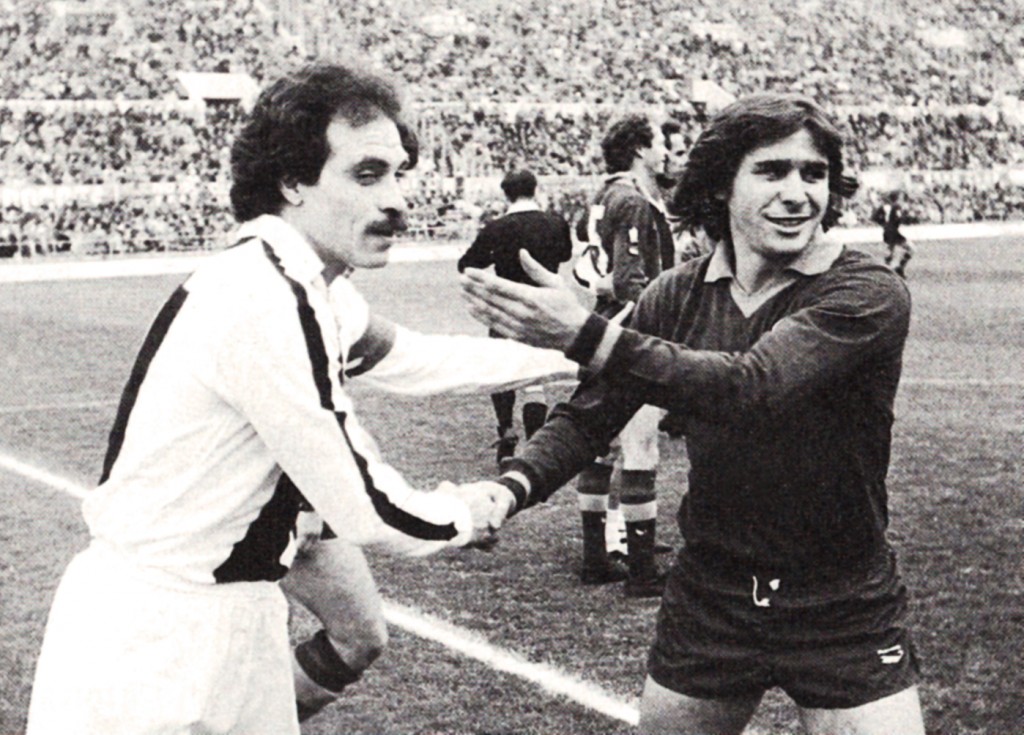 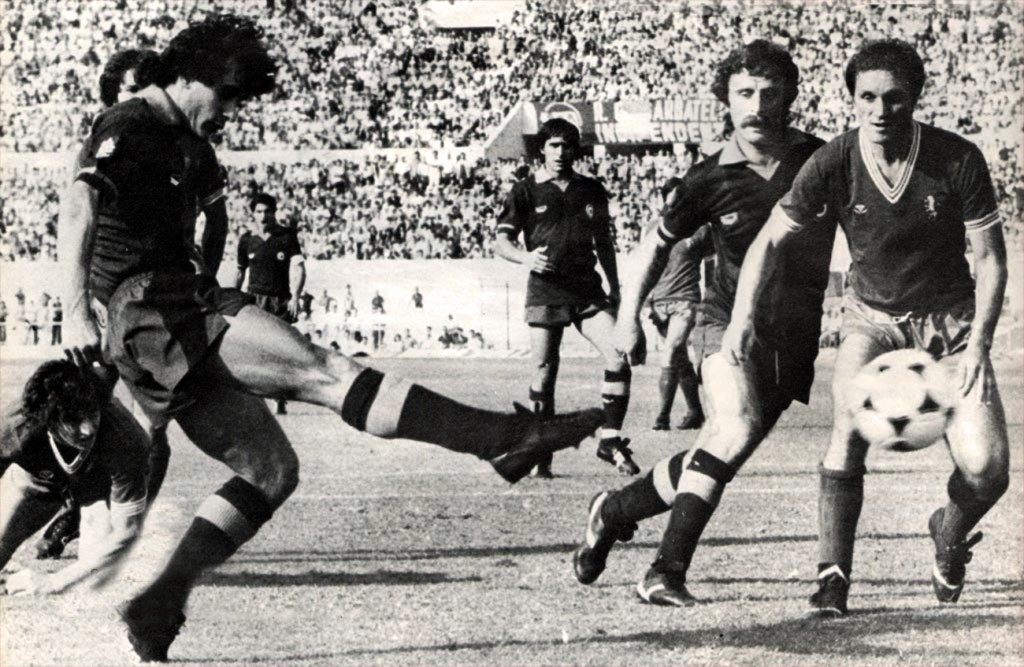 Action from Roma v Brescia, which finished 1-0 to the giallorossi thanks to Roberto Pruzzo (second from right) 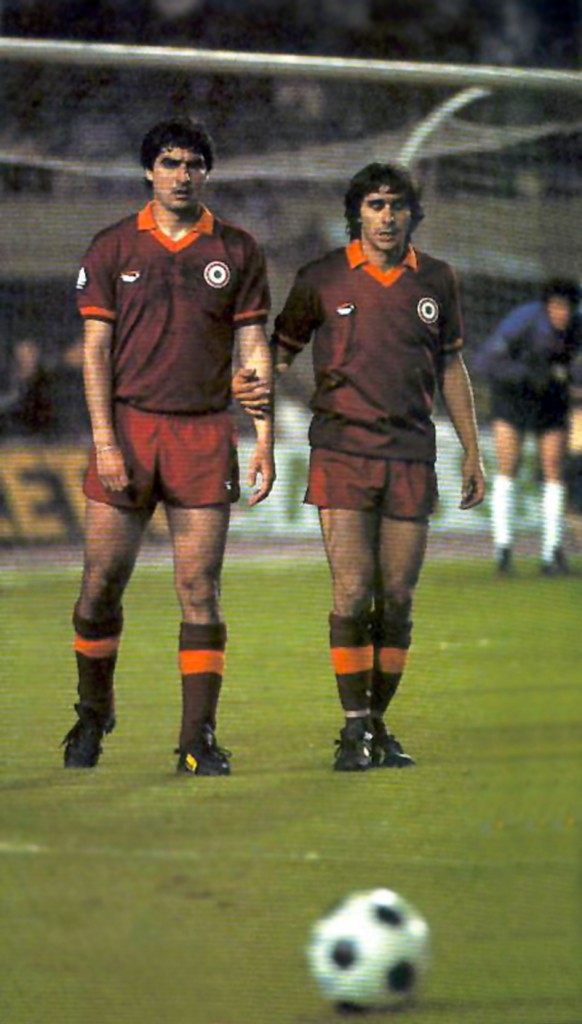 The wall of legends: Di Bartolomei and Conti 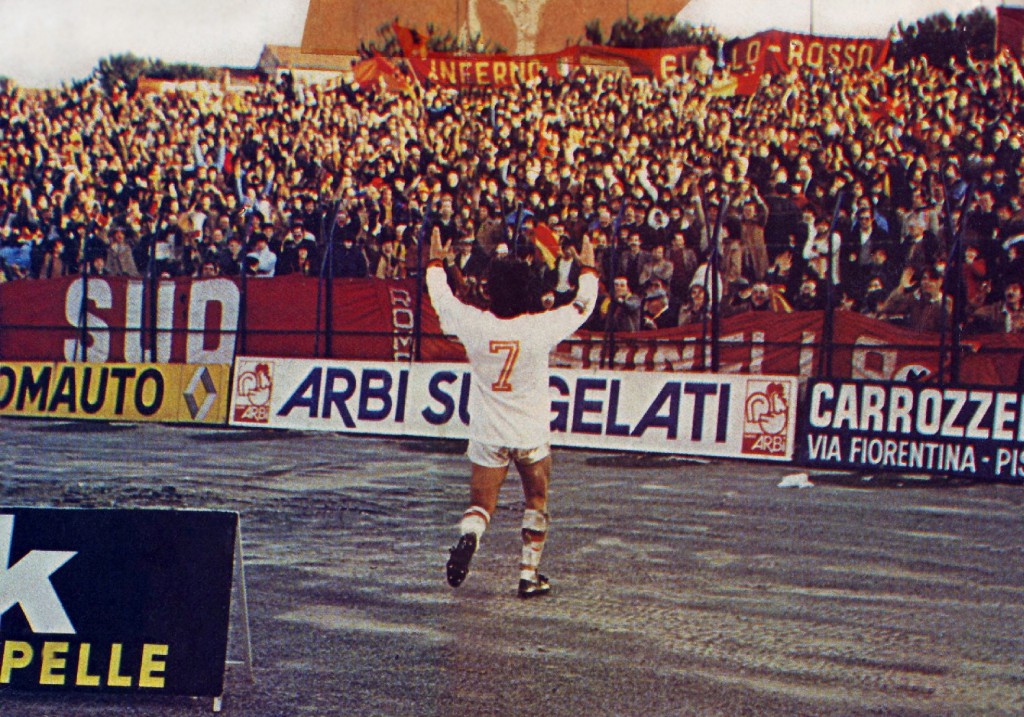 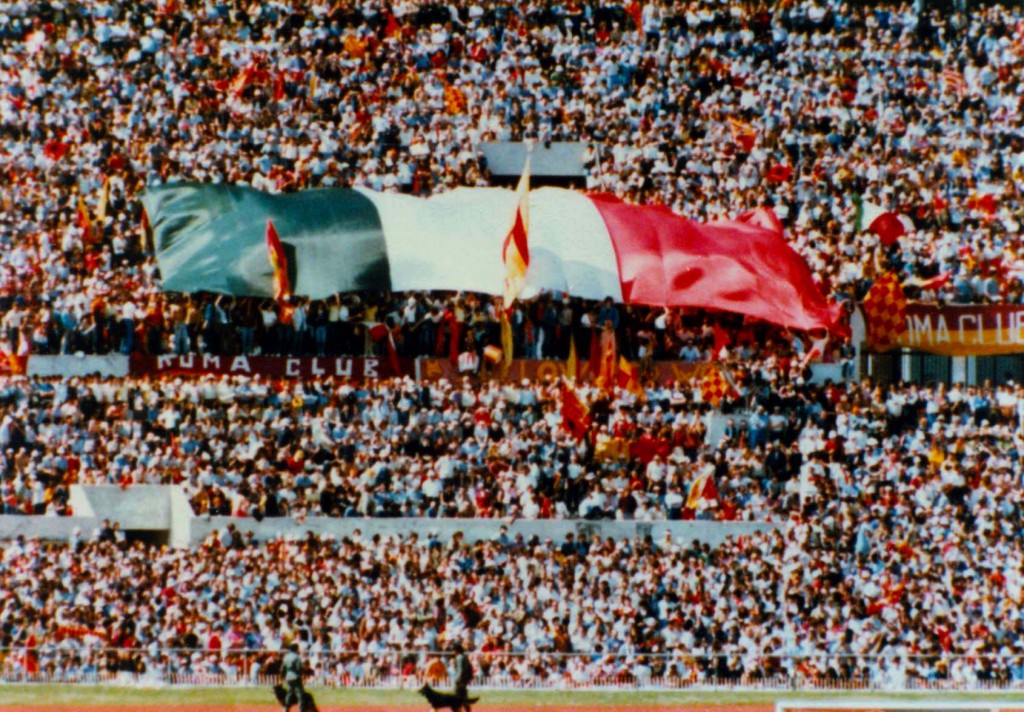 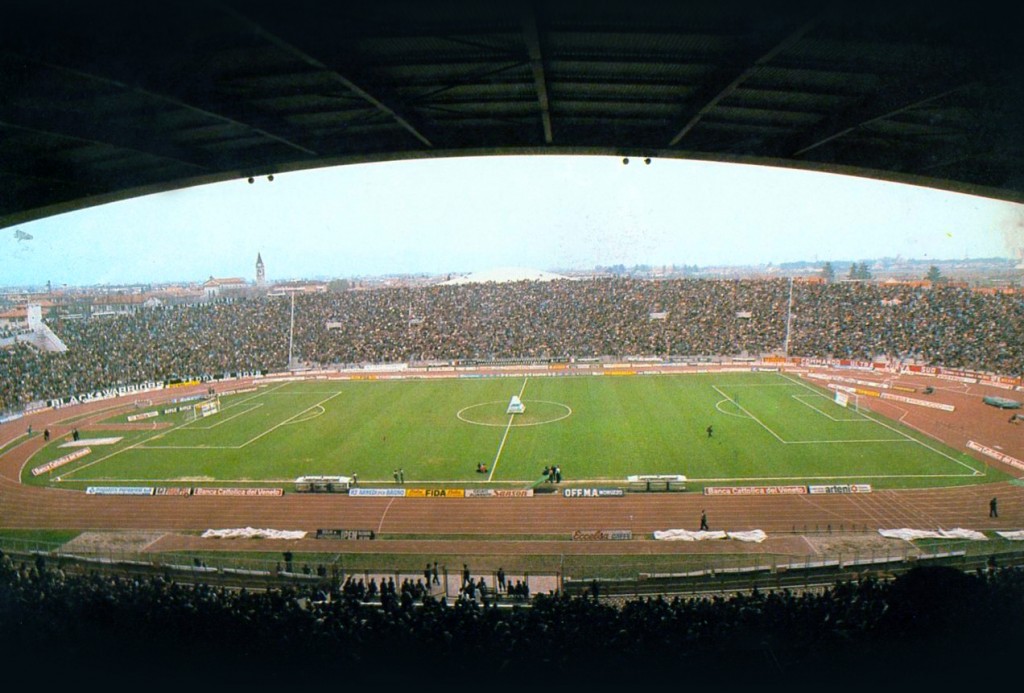 A packed Stadio Friuli, Udinese, with the Roma faithful filling the Curva to the right 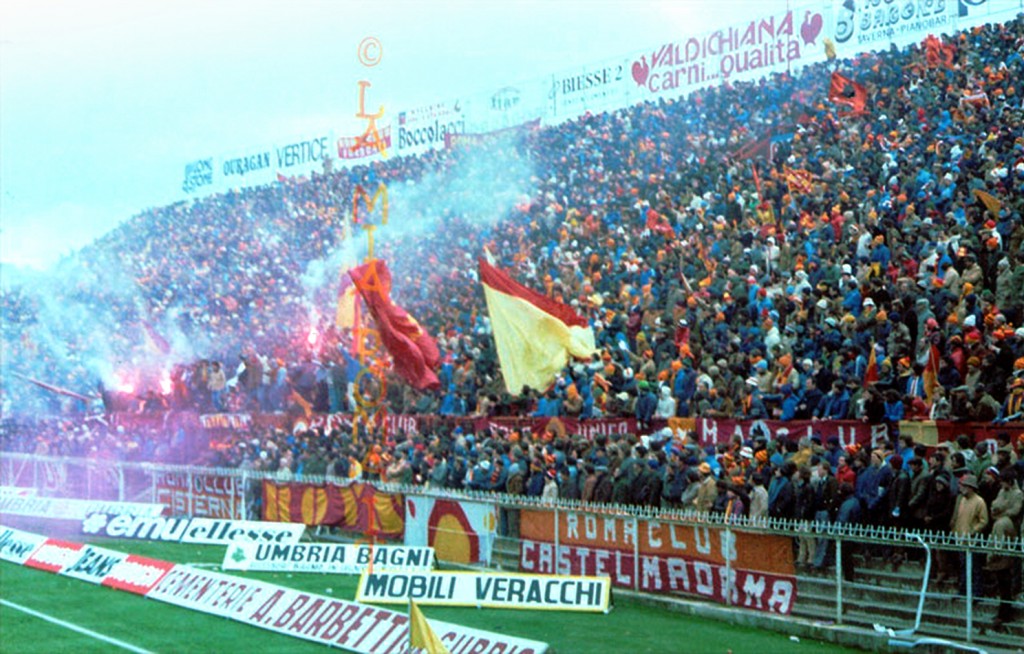 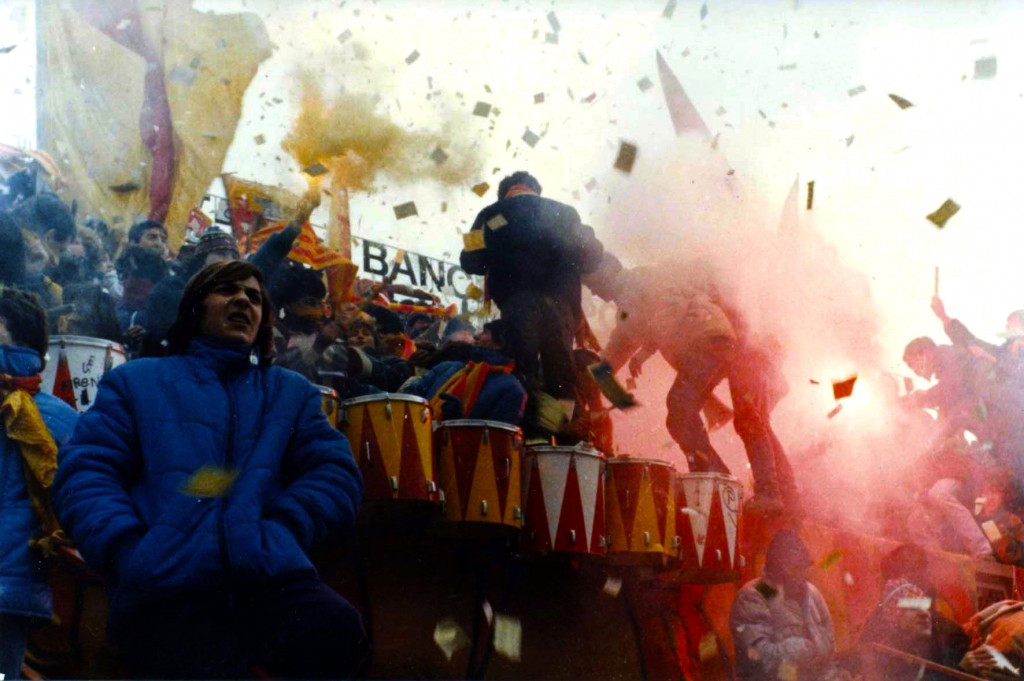 The tifosi put on a spectacle in Perugia 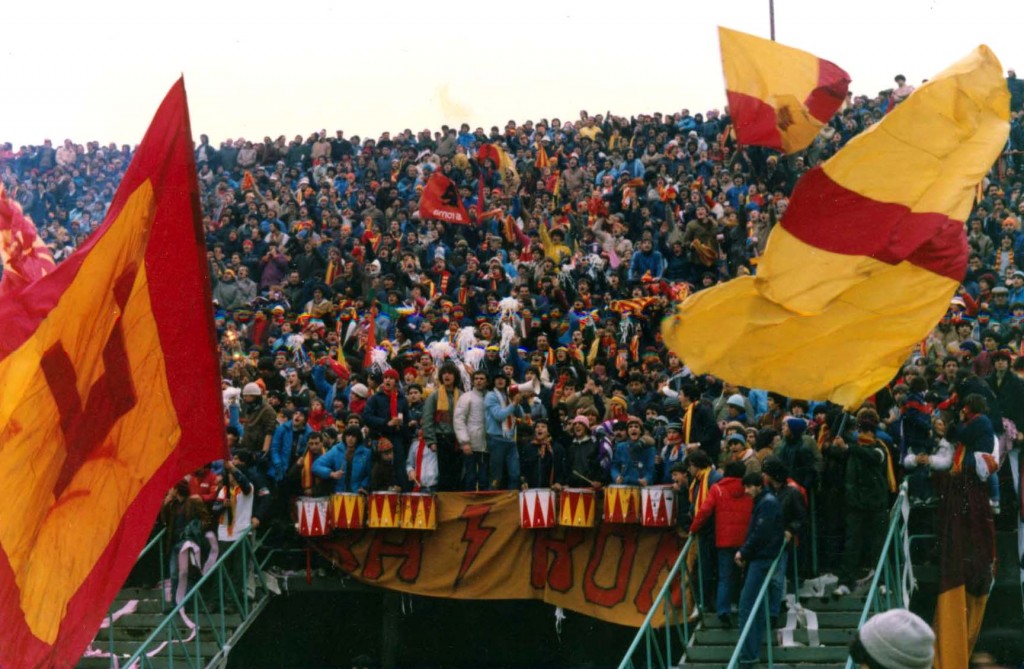 Away to Fiorentina, Stadio Artemio Franchi 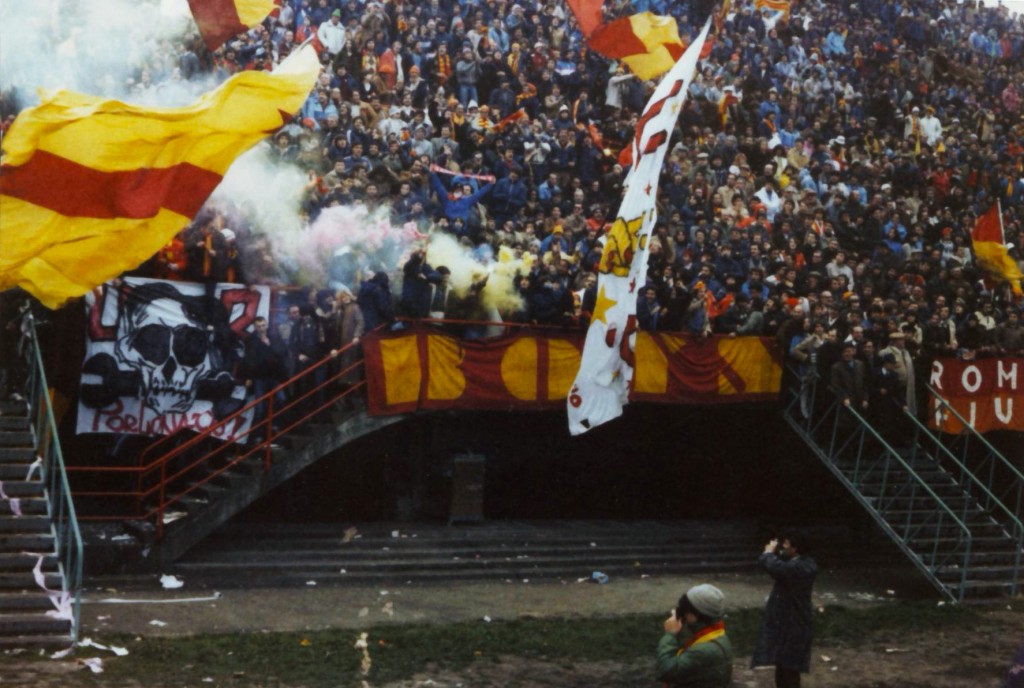 The Boys at the Stadio Artemio Franchi, v Fiorentina 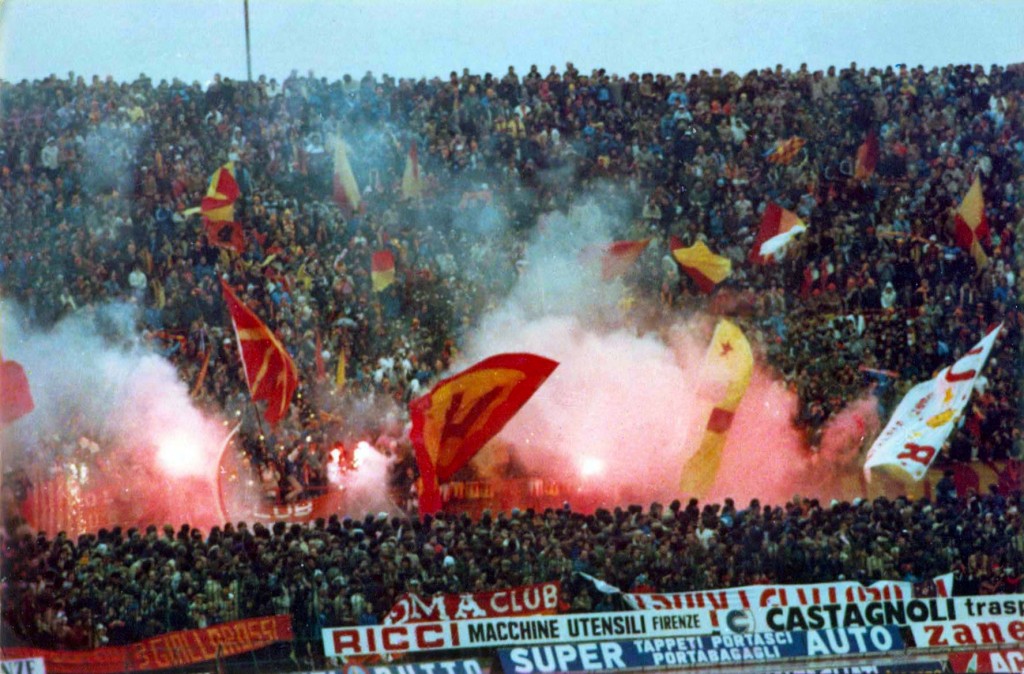 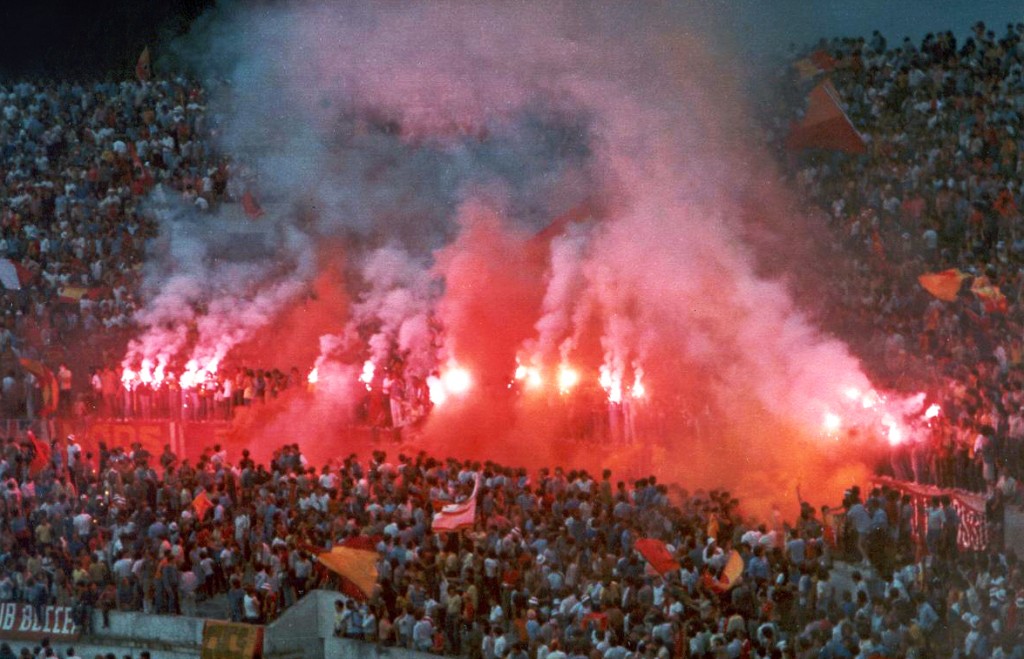 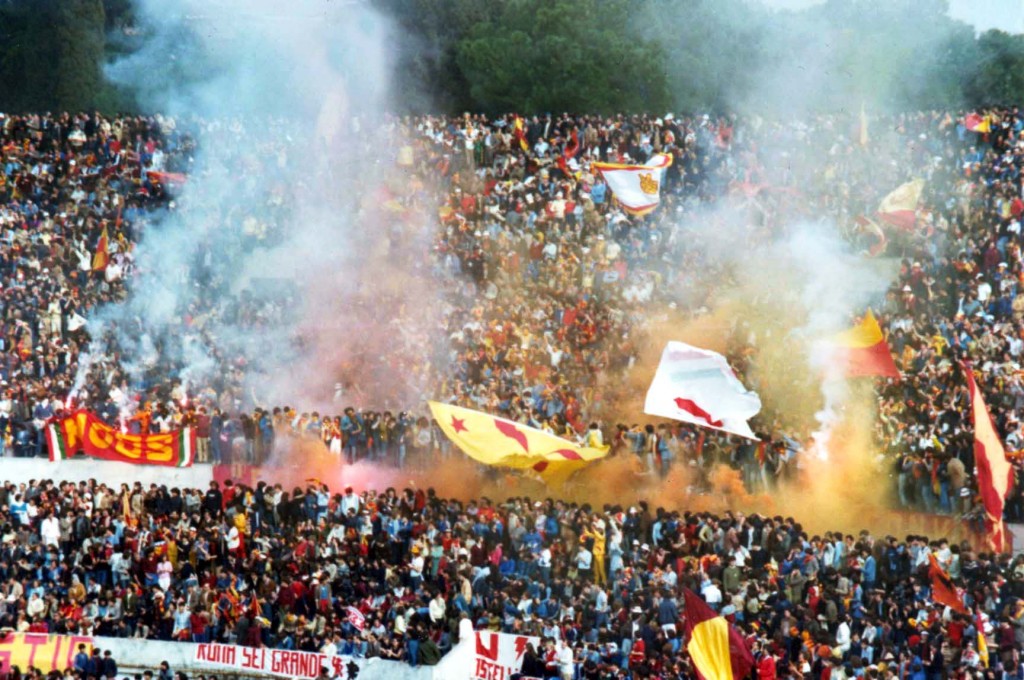 Smoke in the Curva Sud 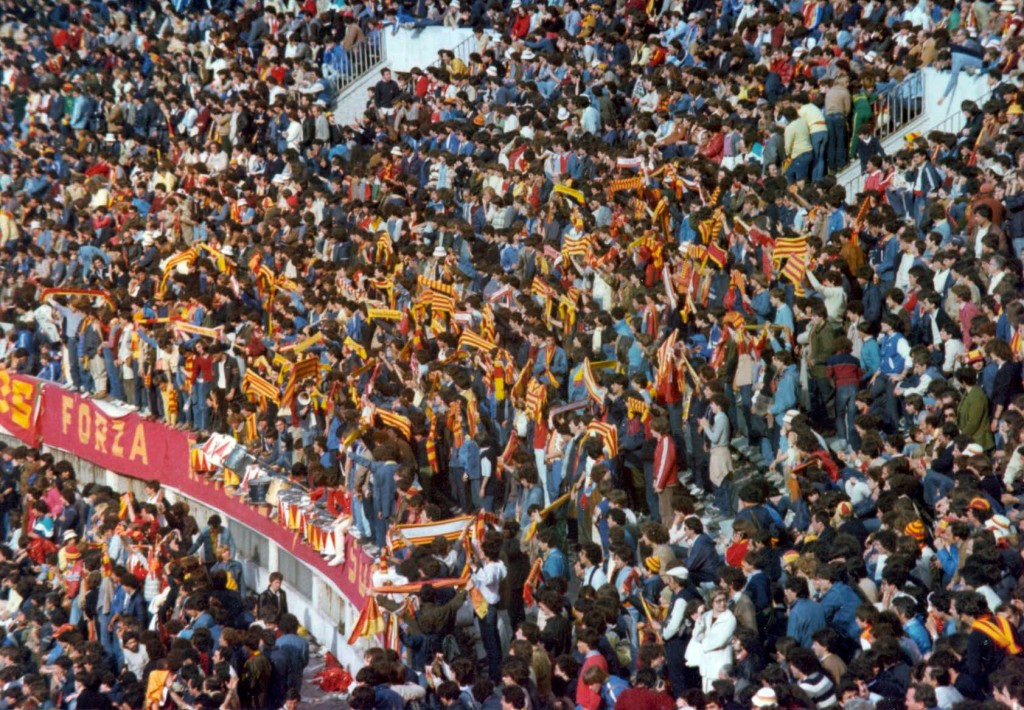 Fans show their support in the Curva Sud 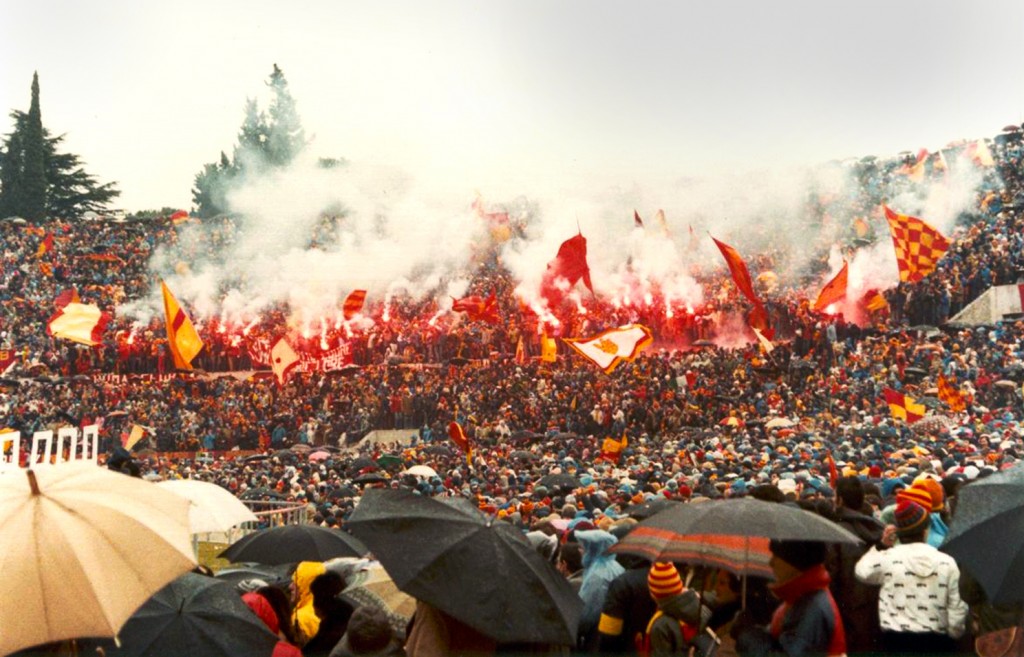 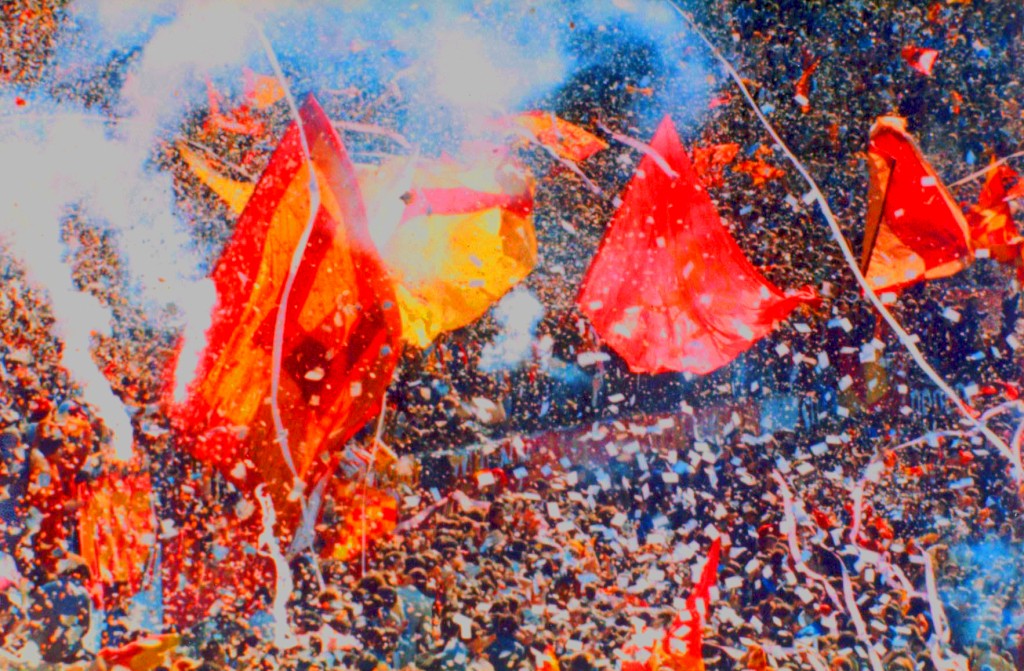 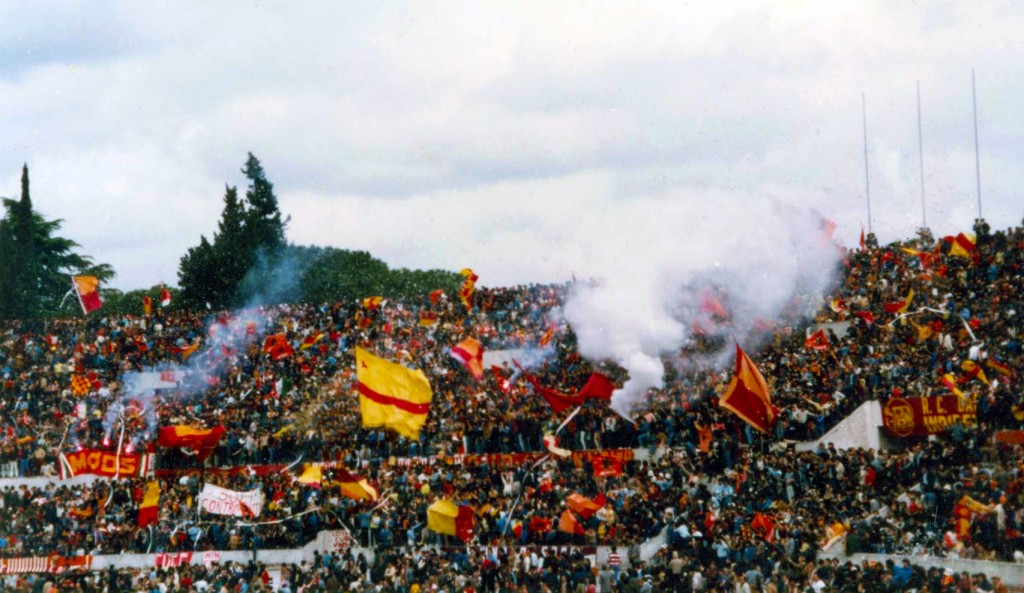 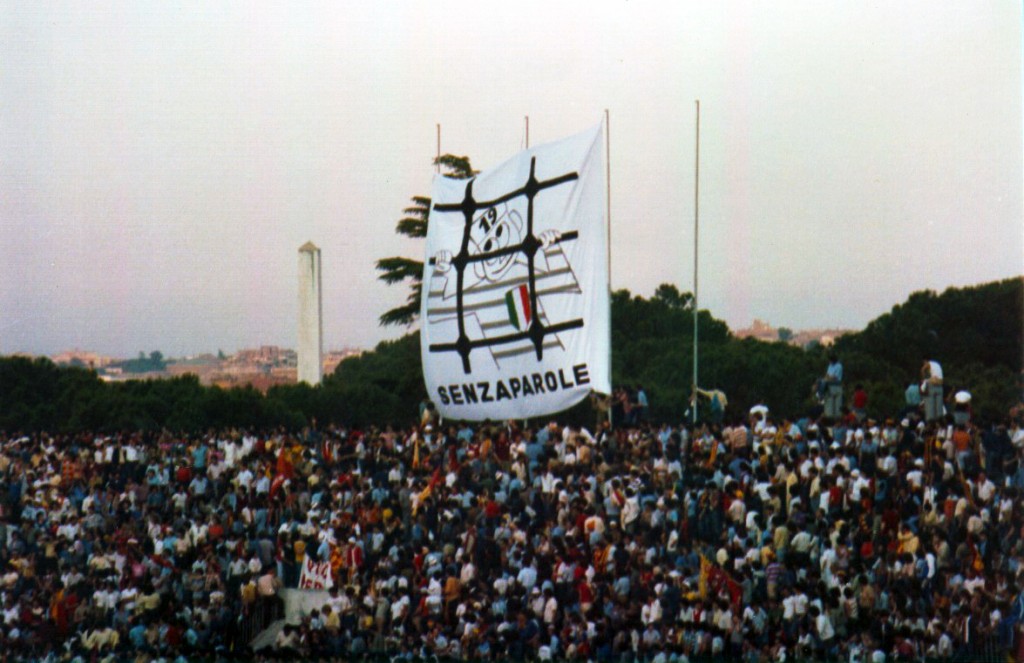 Coppa Italia semi-final first-leg, at home to Juventus, the tifosi produce a special banner in honour of their guests