The FIGC – the Federazione Italiana Giuoco Calcio, or the Italian Football Federation – have unveiled the new national Italian team logo. It is set to feature on the new Italy World Cup 2018 kit which is set to be unveiled in the coming weeks. The new crest aims for a modern look without forgetting history, reflecting the iconic azzurri shirt and the four stars representative of the 1934, 1938, 1982 and 2006 World Cup wins. A sleek, modern typeface and classic colour range – a pure gold with the Italian tricolour – give it a contemporary, stylish look.

Italy’s new crest will appear on the much anticipated new Italy 2018 home jerseys which are set to be released later this month. For more information and a detailed history of the Azzurri crest visit VivoAzzurro.it.

See below for desktop and smartphone wallpaper versions. Click on each image to see bigger and share. 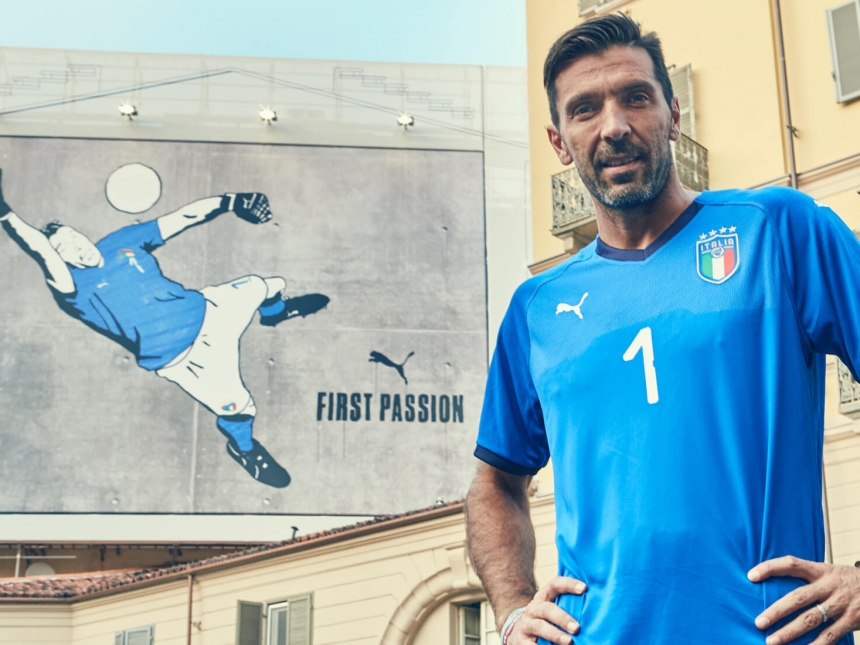