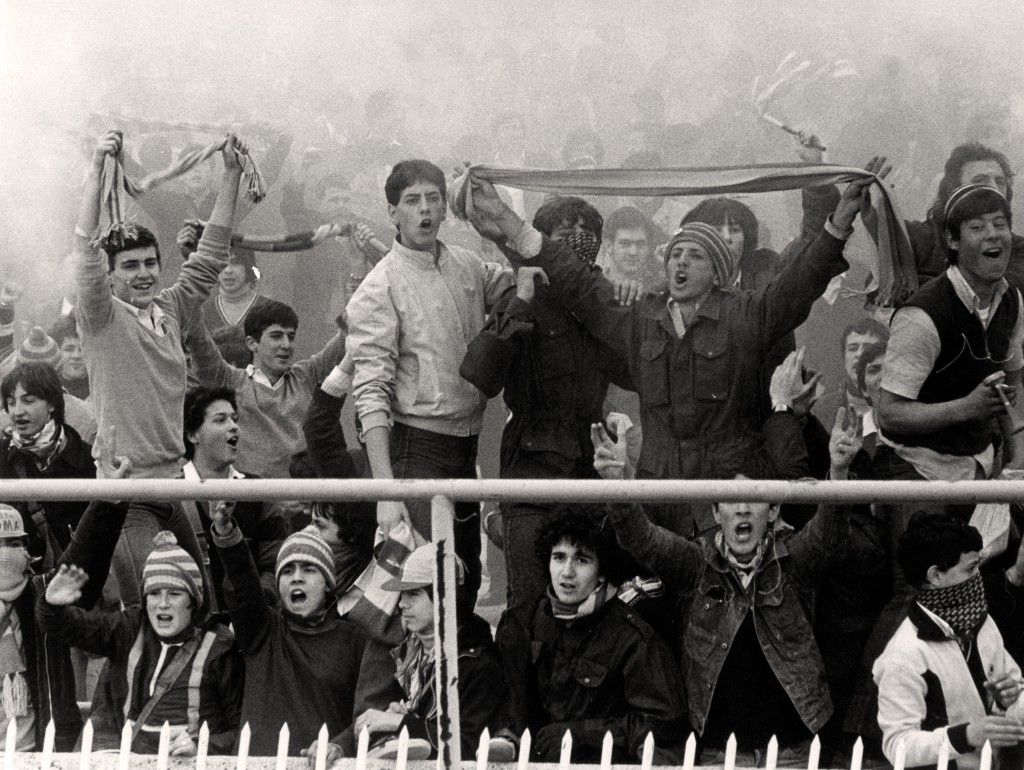 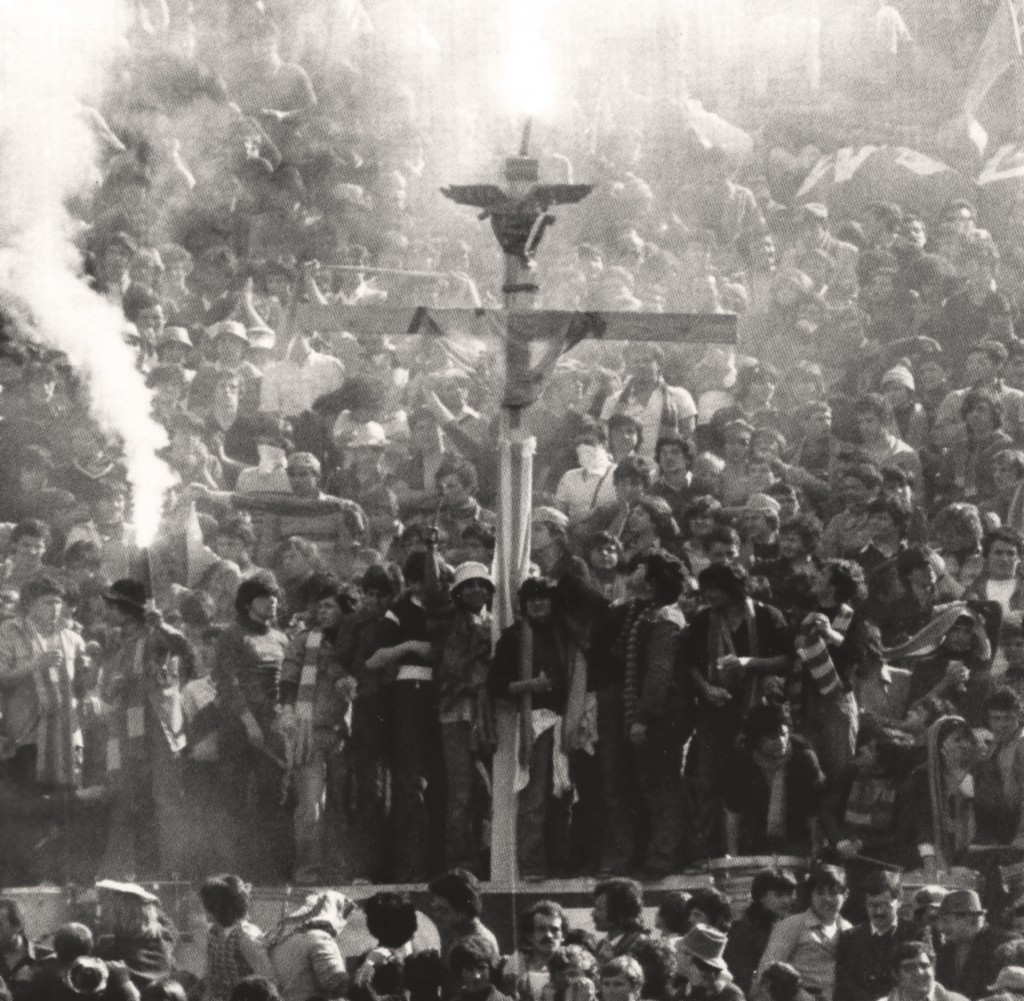 An incredible image from the Rome derby of 1978, as the tifosi bring a cross into the Curva (presumably the Nord end). I wonder would the authorities allow such an ‘accessory’ into the Curva today? 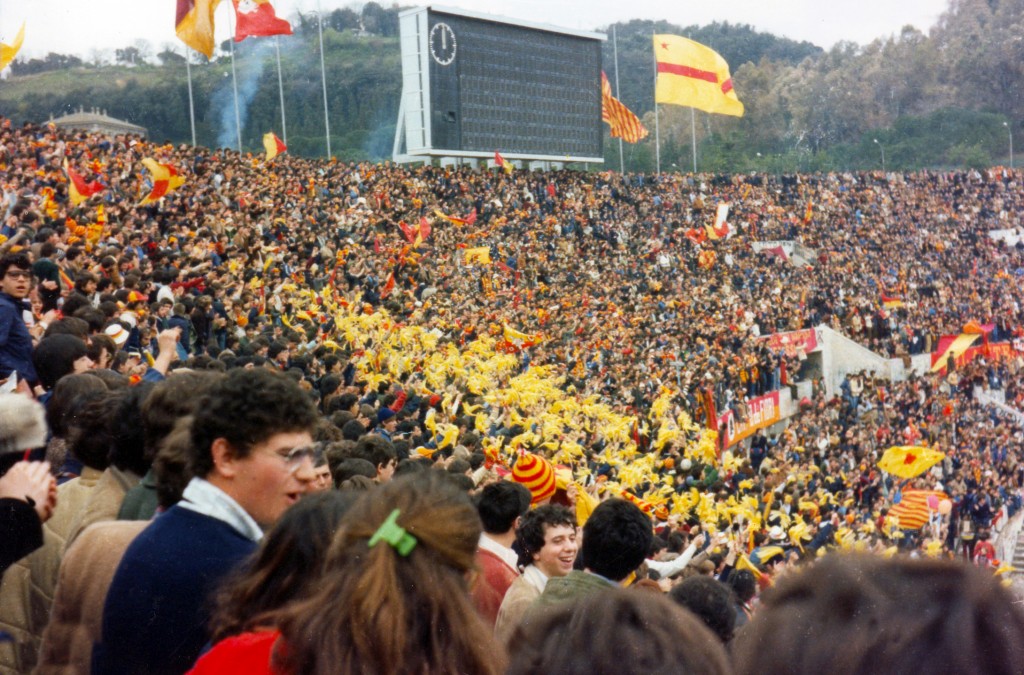 The Curva Sud as seen in full glorious colour in 1978 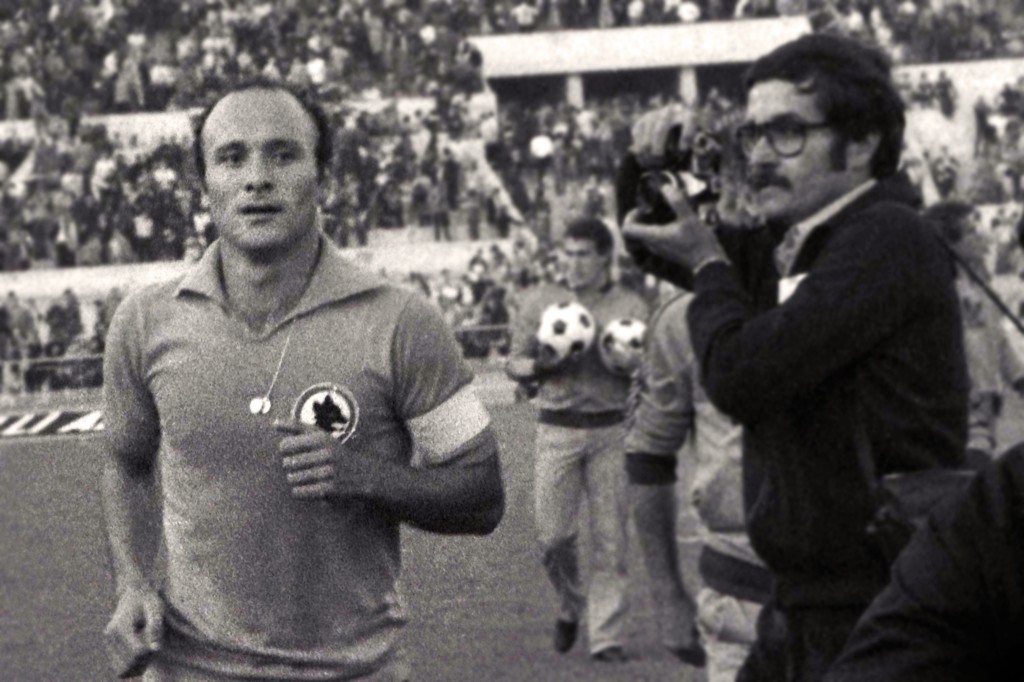 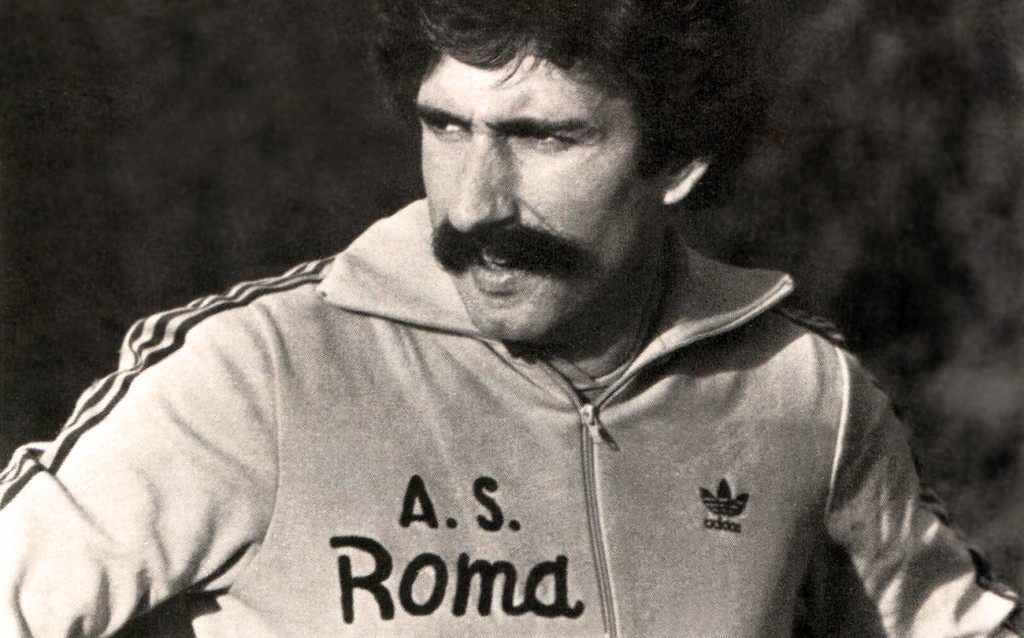 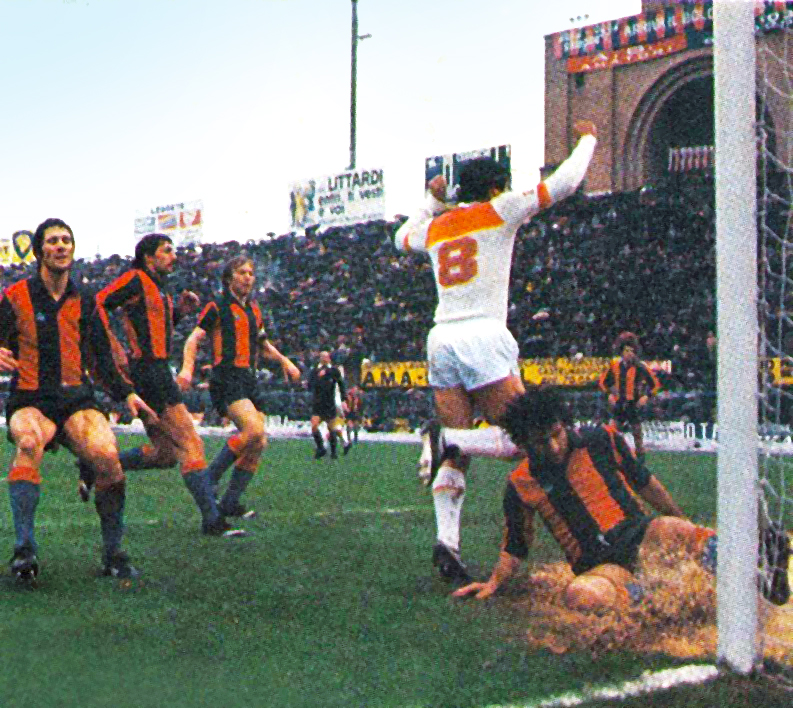 Di Bartolomei scores against Bologna, leaving a bemused looking defence in his wake at the Stadio Renato Dall’Ara 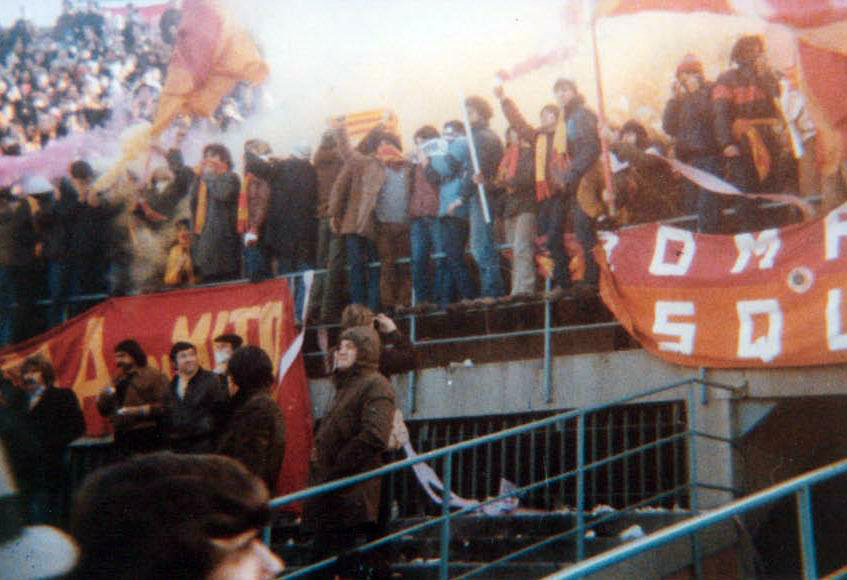 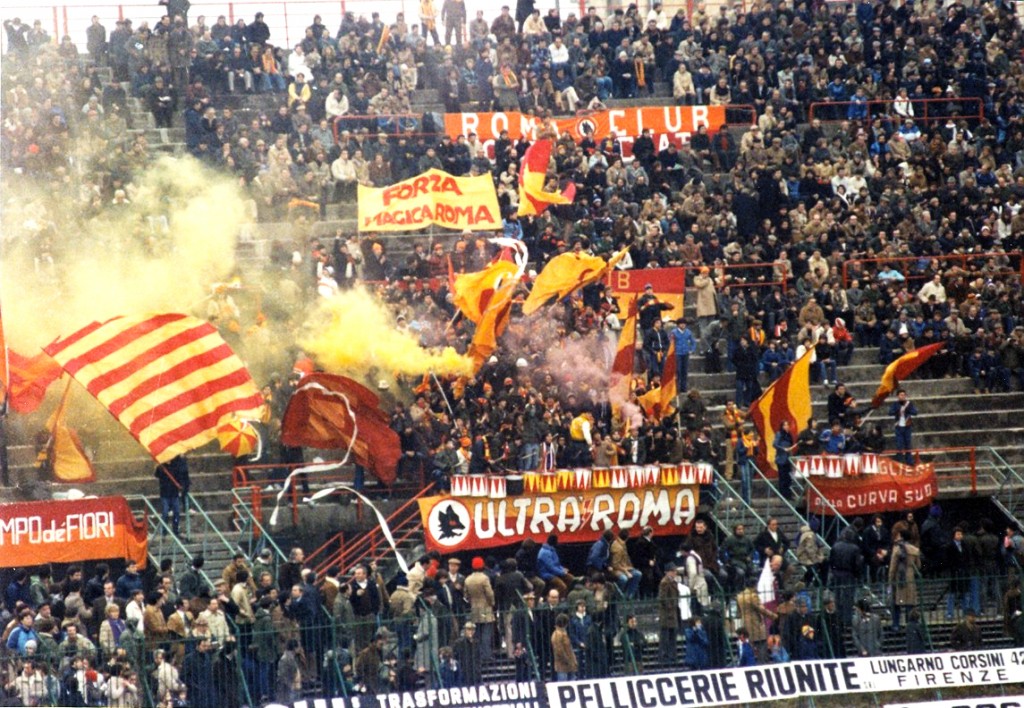 Roma tifosi at the Stadio Artemio Franchi, v Fiorentina. Roma always had huge numbers traveling away for this fixture 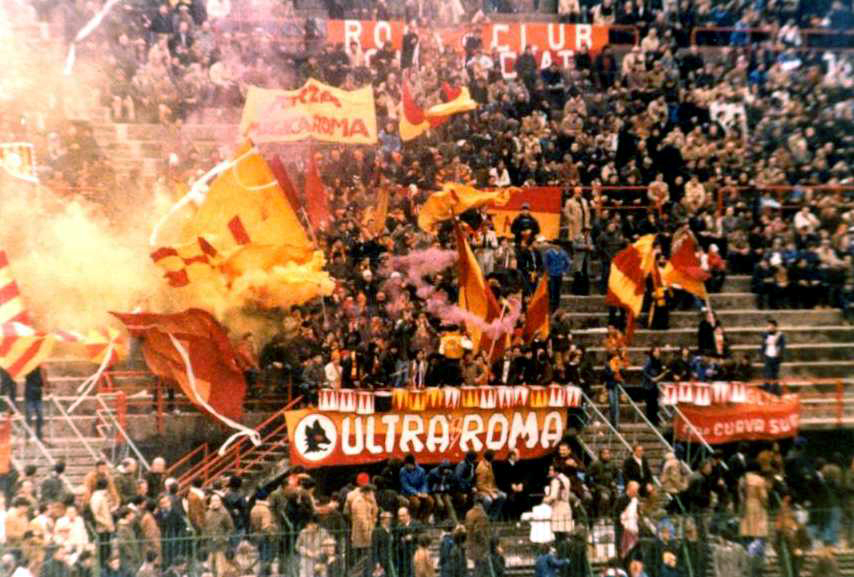 Another shot of Roma fans away at Fiorentina 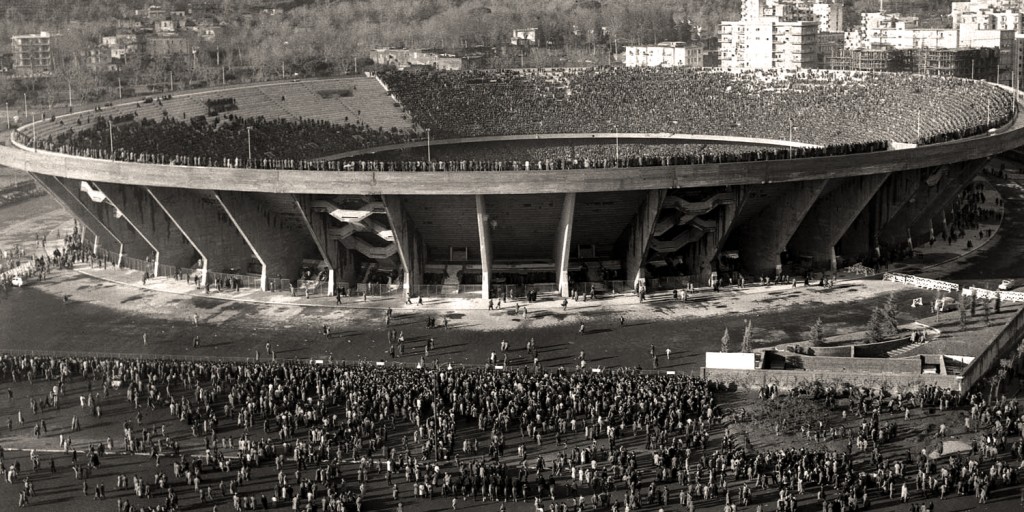 A spectacular panoramic shot of the Stadio San Paolo in Naples for Napoli v Roma. Without the roof, the San Paolo is the definition of a bowl stadium 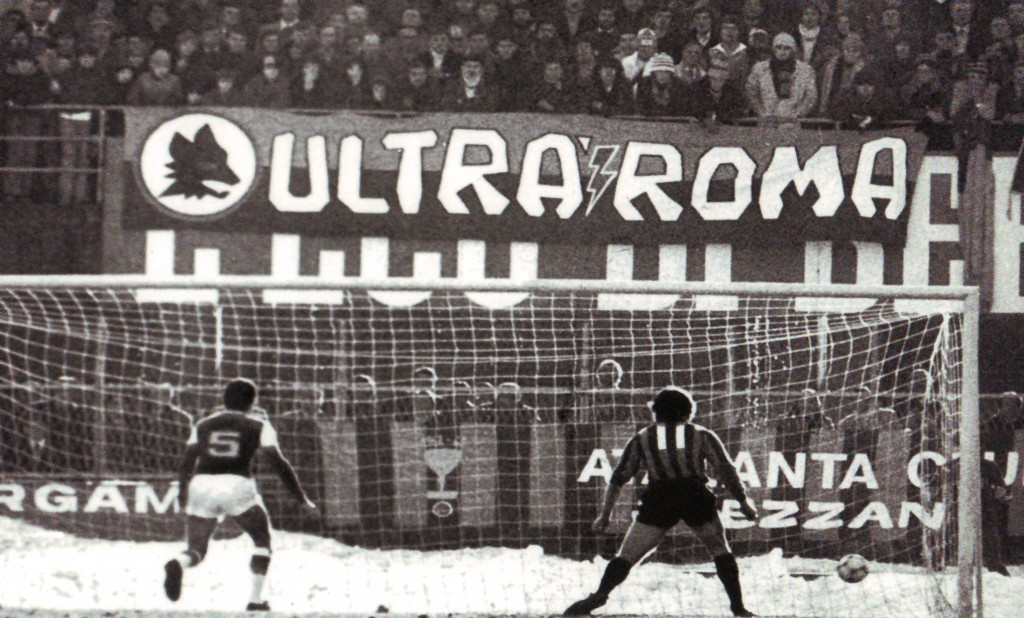 Roma ultras away to Atalanta

Away to Verona at the Stadio Marc’Antonio Bentegodi 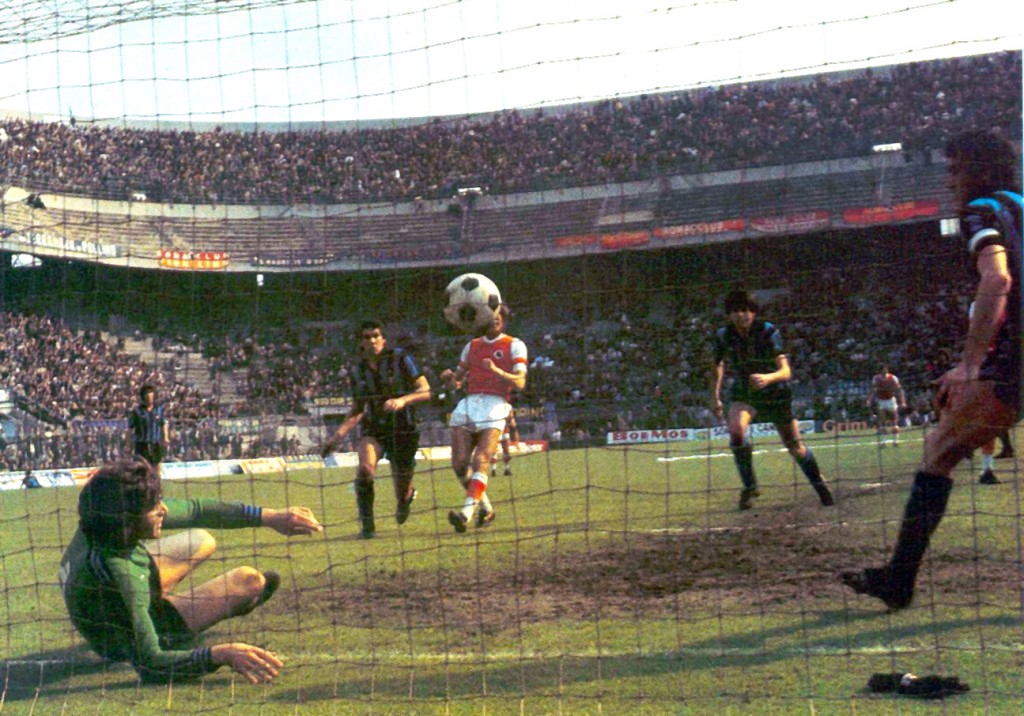 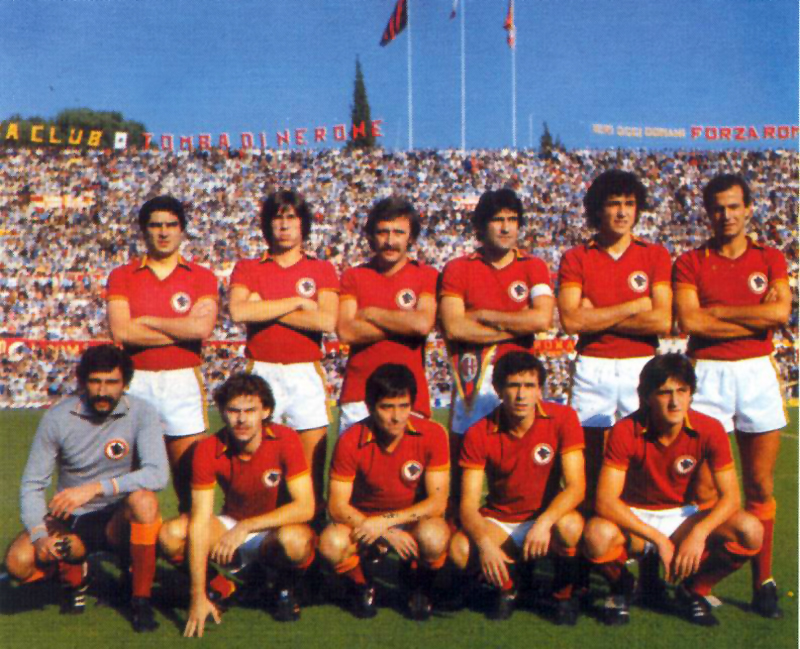 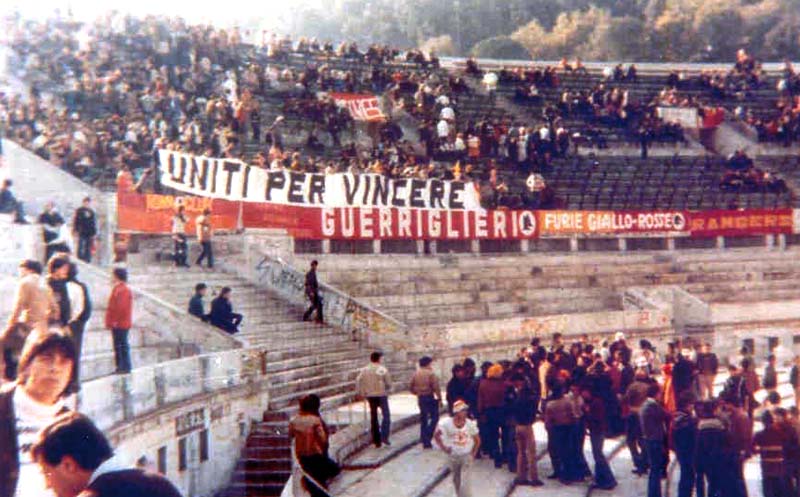 The Curva Sud prior to Roma v Milan 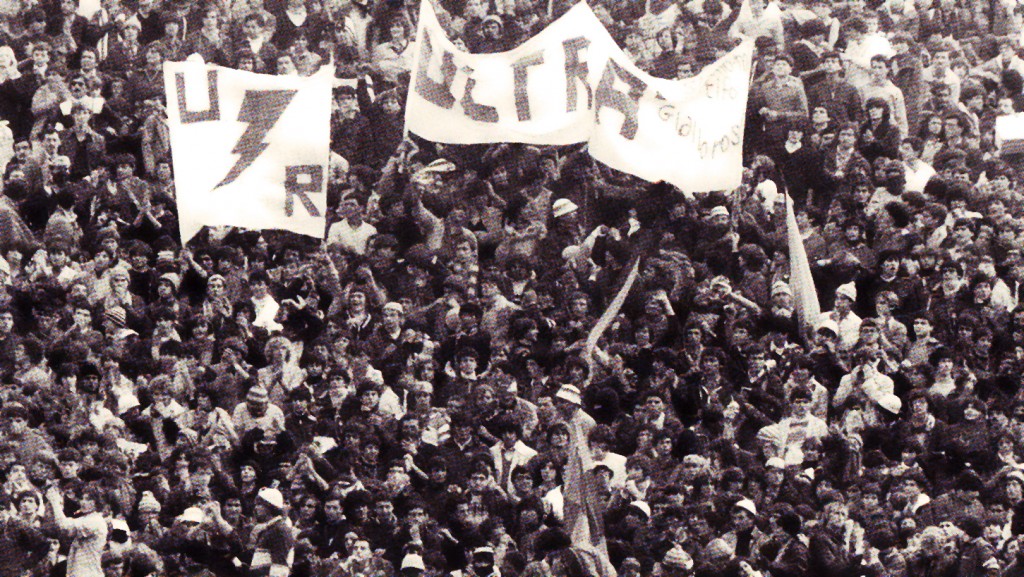